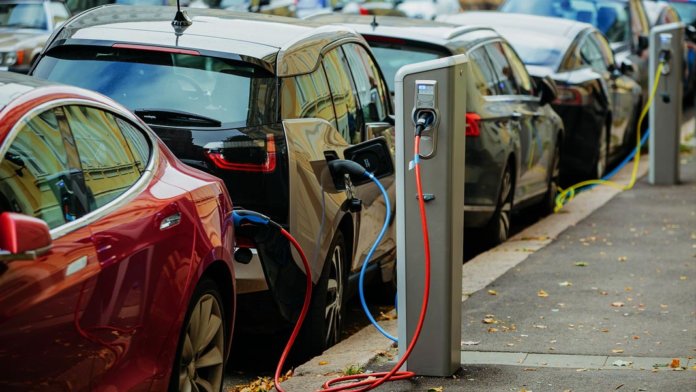 Electric cars have developed a reputation as the ultimate status symbol of the champagne environmentalist, but that could be very close to changing. New research from BloombergNEF says they could be cheaper than combustion-engine cars by 2022.

Ten years ago, few would have predicted the meteoric rise of the electric vehicle industry. In 2010 the global stock was about 12,500, but more than two million were sold in 2018, accounting for around 2 percent of car sales. There are now five million on the road.

That’s been driven by a steady reduction in the price and size of batteries, as well as a healthy kick up the backside from Tesla that jolted automotive incumbents into prioritizing electric vehicle development. Despite the progress, though, these cars still lag behind their gas-guzzling cousins on price, range, and refueling time.

The latter two points are often moot—the range of most electric vehicles is measured in hundreds of miles, which is much further than most people drive in a day, though range anxiety is still a concern for many consumers. But the difference in price is often enough to make all but the most ardent eco-warrior balk.

That’s been changing rapidly, though. In a recent blog post, BloombergNEF energy analyst Nathaniel Bullard notes that in 2017 the point at which an electric vehicle would become cheaper than a combustion-engine vehicle of the same size was estimated to be 2026. Last year that closed to 2024, and he says the latest analysis suggests it’s now 2022 for large vehicles in the European Union.

That’s because the falling price of lithium-ion batteries means they account for a shrinking share of the total cost of a vehicle. While a few years ago they made up around half the price of a car, today they account for about 33 percent of the total cost, and that’s due to drop to about 20 percent by 2025. Those same dynamics are likely to see the range of electric vehicles broaden, says Bullard, to include battery-powered diggers and electric boats and planes.

There are a few challenges on the horizon for the industry. While innovation has played a big role in its rapid transformation, so has hefty amounts of support from governments looking to de-carbonize the transport sector.

In the US, the two leading electric vehicle manufacturers—Tesla and GM—have sold more than 200,000 vehicles, the point at which the federal tax incentives that have made them affordable start to phase out. A bipartisan bill to extend the measures is in the works, but given the current administration’s ambivalence to environmental concerns and support of the fossil fuel industry, it has an uncertain future.

The Chinese government recently slashed the electric vehicle subsidies that have been instrumental in the country overtaking the US as the world’s biggest market. The move was driven by concerns that companies were relying too heavily on handouts rather than innovation, and the government says it will remove the subsidies completely by 2020.

Faltering state support could jeopardize the virtuous circle of ever-lower prices that lead to increasing demand and therefore the economies of scale manufacturers need to produce ever-cheaper batteries and cars.

But even if that causes setbacks, the momentum in the market now seems unstoppable. Whether the crossover point when an electric vehicle becomes cheaper than a conventional one comes in three years or five, the transport sector looks set for a dramatic shift in the near future.