Virtual Influencers Are on the Rise. How Far Will Their Influence Go? 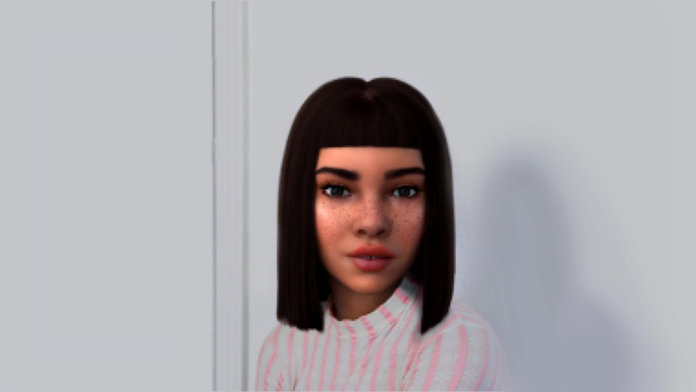 In early April 2019, something was suddenly very different about Kentucky Fried Chicken’s Instagram account. In lieu of retro-style pictures of chicken, a decidedly 21st century Colonel Sanders with “Secret Recipe For Success” tattooed across his abs starting posting. In one post, he was cracking jokes with celebrities. In others, riding a horse, at a business meeting, laying down tracks in the studio, or working out. No wonder he felt the need to unwind by sipping Dr. Pepper from a champagne flute while staring pensively out the window of a private jet.

Had one of the world’s biggest fast-food chains found a secret, millennial heir to the chicken empire? No. In fact, the Colonel, right down to the hip stubble and exquisitely maintained silver mane, was all pixels.

Kentucky Fried Chicken had added a virtual influencer to an ever-expanding group of digital avatars designed to attract followers and collect likes.

“It was our opportunity to poke a little fun at the advertising world that we’re a part of,” Steve Kelly, KFC’s digital and media director, told the New York Times, adding, “But the love around virtual influencers is very real.”

The new colonel joins the ranks of Laila Blue, Imma, Shudu, and Lil Miquela. While not yet household names, they are working on changing that.

As the legions of virtual influences swell and they sign ever more contracts to promote companies and products, their success raises questions of whether human influencers are about to be replaced by our pixelated peers.

The World of Virtual Influencers

Lil Miquela can, perhaps, be described as the Rihanna of virtual influencers. The young model and musician has 1.6 million followers on Instagram, has worked with Prada, and her single “Not Mine” has almost 800,000 plays on YouTube. Not bad going for a three-year-old, although the capability to go 24/7 without ever getting tired helps.

The Middle East’s premier virtual influencer, Laila Blue, shares that ability. As do the fashion-conscious, Japan-enthusiast Imma and the model Shudu. The latter is considered by some as the world’s first digital supermodel. She went viral when the Instagram managers of Rihanna’s Fenty Beauty line mistook her for a customer and reposted a post of her wearing their lipstick. Shudu has since been joined by a Chinese model called Xhi (incidentally modeled on David Bowie) and a French model called Margot.

All three models are designed by British photographer Cameron-James Wilson. Shudu has worked for brands such as Fenty Beauty and Tiffany & Co. and the latter two have been created to work exclusively for the fashion brand Balmain.

The idea of virtual influencers and idols is not new. Gorillaz released their first album about 20 years ago and virtual Japanese pop star Hatsune Miku debuted in 2007. However, the influencers’ ranks have exploded since 2017.

Part of the reason for their increasing popularity can be ascribed to the rise of Instagram, an excellent media for virtual influencers that are by nature visual creatures. So too can the lower costs and increased ease-of-use of the graphics technology that creates them, which has resulted in much interest from venture capital firms, who are looking at investing in the companies developing virtual influencers.

However, the human element—using backstories, giving virtual influencers opinions and relationships and compelling story arcs—likely also plays a pivotal role; in short, making the virtual influencers increasingly relatable and human-like to their audiences.

The left-leaning Lil Miquela in 2018 was hacked by a virtual Trump supporter named Bermuda. Hundreds of Miquela’s photos were suddenly deleted, and Bermuda wanted her to come clean about her origins: supposedly, Miquela was created by a shadowy genius called Daniel Cain.

From there, the storyline fizzled out, but it is an example of how virtual influencers can easily wage the kind of flame wars that not only intrigue followers but receive truckloads of free publicity, as the media lapped it up. In reality, both Miquela and Bermuda are creations of Brud, a stealthy company (its website redirects to a Google Doc) that recently closed a second investment round and is valued at $125 million.

For companies, the upsides of virtual influencers include their lower cost compared to collaborating with, say, a celebrity or a supermodel. It’s a lot easier and quicker to “fly” Shudu than a human counterpart out to an event or photo shoot. They never have a “bad hair day” and there’s little need to try over and over again to get the perfect shot. It is, perhaps, also easier to manage interactions and ensure that neither the brand nor the influencer ends up antagonizing potential customers by making rash or insensitive decisions. As a resident of Japan, I can testify that the recent #KimOhNo debacle has much of the population shaking its collective head in wonder (more than usual) over the actions and completely culturally tone-deaf nature of the Kardashians.

A little less obvious is the fact that virtual influencers don’t follow human regulations. There is no need for health and safety clauses in a contract, for example, and it seems unclear whether the people behind the virtual influencers have to disclose that they’re not human. The latter may not be relevant just yet, but especially Shudu and Imma’s realistic looks are a good indication of how close we are getting to that point.

Virtual influencers, whose numbers still only run in the low double digits, are still some ways from dethroning their human counterparts. According to one study, there are 500,000 influencers on Instagram alone. However, the elephant in the room here is AI, which asks the question: what will happen once virtual influencers are powered by AI instead of run by human PR teams? It is not difficult to imagine how they would, at least in theory, be able to interact on a one-to-one level with all their followers—simultaneously. These would be interactions based on masses of data and aimed to create connections that can turn followers into buyers of specific brands and products.

Shudu is a digital version of a black woman, created by Cameron-James Wilson, a white British man. As Lauren Michele Jackson notes in The New Yorker, Wilson’s main source of inspiration was a special edition of the Princess of South Africa Barbie doll. When Instagram users celebrate Shudu’s pictures as representations of #blackisbeautiful, are they then celebrating black culture and what it means to be a black woman?

The questions are difficult to answer, as are questions about what digital influencers might say about our changing relationships with our digital creations—and perhaps especially about the increasingly blurred lines between what’s “real” and what’s not.

The answer is likely “it’s complicated.” That our use of social media to present a skewed view of ourselves and our “reality” is contributing to dismantling that boundary seems more clear-cut. You may not agree, but I hereby cordially invite you to take a trip down the rabbit hole that is the subreddit Instagram Reality.

We are also starting to see examples of how virtual beings are dismantling the relationships between humans, including romantic ones. In 2018, much was made of a Japanese man “marrying” a hologram version of Hatsune Miku, produced by the company Gatebox. The Gatebox version of Miku is a cross between a smart home assistant and a “virtual girlfriend,” and the company has reportedly already issued 3,700 licenses for “cross-dimensional” marriages.

While there hasn’t been a marriage to a virtual influencer yet, it is not hard to imagine such an event taking place soon. Time will tell if, when it happens, we’ll view it as real or not.