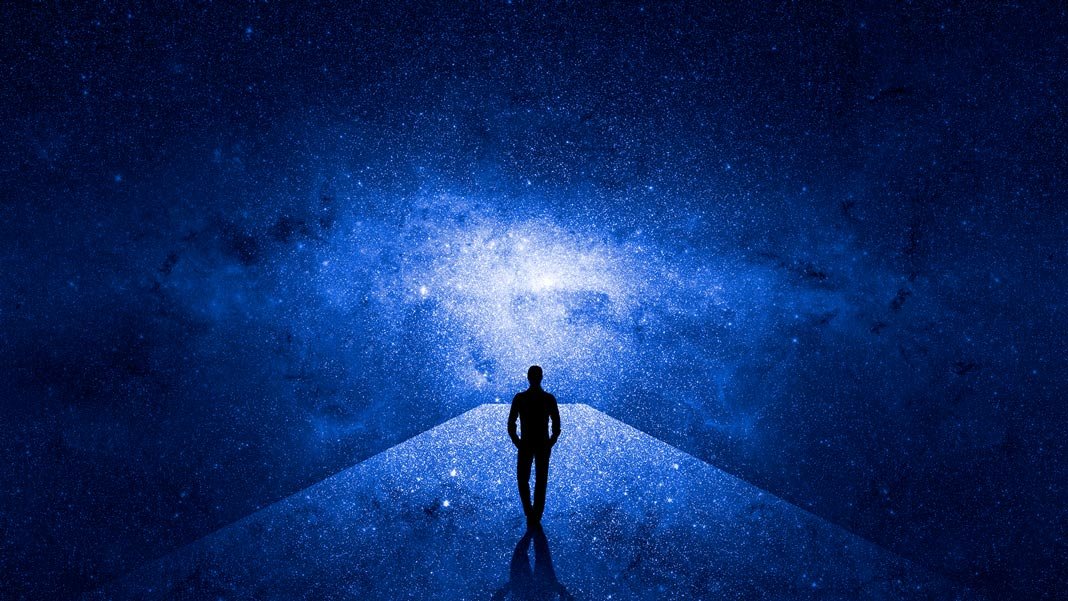 “Where do you see yourself in five years?” It’s a classic job interview question, designed to probe your level of ambition and aspiration. And it probes about as far ahead as many of us are likely to think: with so many distractions in the here and now, so many crises and challenges and opportunities that will arise, and so much that seems likely to change, who can meticulously sit and plan for decades ahead?

This isn’t unique to humans as individuals; it’s true of organizations as well. Financial investment is motivated by the desire to realize a profit, usually on a short timescale. Our political systems are dominated by short four or five-year electoral cycles. The ever-accelerating pace of technological innovation makes the long-term future difficult to visualize—and also, perhaps, misleads us into thinking that change can only take place in years or decades, rather than centuries or millennia.

Our own limited lifespans often set the upper limit to the timescales we consider: at most, those who have children might start to imagine what life will be like when they grow old. Unfortunately, it’s precisely our short-term thinking that could mean life is far worse for future generations than it might otherwise be. How can we combat this deeply embedded short-termism and get people to think about centuries, millennia, and beyond?

Such is the mission of the Long Now Foundation. Since 1996—which they call 01996—they have aimed to encourage long-term thinking in a variety of creative ways. One example is the construction of a Clock of the Long Now, which will operate for 10,000 years with minimal human intervention. A prototype is already on display in London’s Science Museum. (An advantage of setting up an organization that’s supposed to consider, last, and plan for thousands of years is that deadlines for completing the final project are flexible, to say the least.)

Historically, religious institutions and long-lasting dynasties have been the organizations most likely to think in terms of decades or centuries. The Renaissance, viewed in the West as “rebooting” the development of civilization, was inspired by the rediscovery of classical art and literature—but much of this would have been lost without the efforts of monks and Islamic scholars, copying and preserving the classics for that rediscovery to take place.

Nowadays, we might assume that such a process of preservation would just involve downloading Wikipedia onto some hard disks. But chances are, after centuries of preserving their culture, technological development, and civilization, the Romans might not have imagined that so much could be lost. Technological developments can be our enemy here. 20 years ago, VHS tapes were ubiquitous; 3 years ago, the last company making them ceased production. Could you play one now, if I told you that tomorrow’s lottery numbers were on it?

The Long Now Foundation maintains a “Long Server” to research preservation in the digital age and work on ensuring that file formats can be converted. They are involved in efforts to preserve genetic material from endangered species, possibly for future de-extinction attempts, alongside the human languages that are most likely to vanish over the next century. The latter effort, PanLex, already represents at least limited translation for 5,700 languages.

One good way to encourage people to think at least in terms of decades, if not centuries, is to make sure they have some money riding on it. Hence “Long Bets,” where you can test those grand predictions we all like to make. Of course, this is less about making money and more about provoking discussion. Will bioterror (or bioerror) kill at least a million people in a disastrous event by 2024? Will aliens be discovered in our solar system before they’re found anywhere else? Will the global population decline by 2060?

Many of the discussions surrounding the long-term future of humanity lead us inevitably to existential risks. After all, if you think that superintelligent AI will be developed in the next century, that new technologies might wipe out the human race in some unforeseen way, or that a global thermonuclear war will take place, it rather affects how you think about that long-term future.

Most of these risks, which organizations like the Future of Humanity Institute or the Centre for the Study of Existential Risk spend time pondering, arise from human inventions or interventions. But if you want to consider a truly long-term challenge, you might follow the path of Anders Sandberg. If we don’t destroy ourselves or make the planet uninhabitable through greed or by mistake (which seems like a pretty huge assumption), he notes that the typical mammalian species only lasts for around a million years.

Mass extinction events caused by asteroid impacts or supervolcanic eruptions, alongside climatic changes, have led to the extinction of these species. We can hope to adapt to some of these changes with new technologies; there are already some admittedly outlandish schemes to prevent supervolcanic eruptions, while deflecting asteroids with “gravitational tractors” could potentially shield us from the cosmic fate that did for the dinosaurs.

The final climate change will be the greatest of them all: in a billion years or so, the increased brightness of the sun will lead to the evaporation of the oceans and a runaway greenhouse effect that will render life on Earth impossible. At least, life as we know it. We could delay the inevitable by reflecting sunlight with space mirrors or aerosols. But many futurists would suggest that by this stage, if we haven’t left Earth, begun terraforming other planets in our solar system, or leaving the solar system altogether, humans would be unlikely to survive.

Riding out climate changes and threats from outer space requires taking a degree of control over natural processes. One such process, of course, is our own evolution. Already we’ve augmented ourselves with technology, from technologies as simple as writing—which allows us to access more information than any human could possibly remember—to implants that restore our senses or allow us rudimentary control over computers. If we are to survive in the long-long-long term, we will need to adapt our physical forms, or even abandon them altogether.

It’s important, when thinking in the long term, to understand that different problems will require different solutions. Interstellar travel and building habitats in space may help us survive the next billion years, but these technologies will not arrive in time to allow us to live out the century.

Ultimately, according to our best understanding of thermodynamics, the universe will end as a cold, high-entropy soup. Eventually, the only objects that survive will be black holes, and even these will eventually evaporate. At this stage, whatever becomes of intelligent life may finally run out of time; it’s impossible to say. But what we can say for certain is that if we want to be sure we will be around to tackle problems of this sort, we’ll need to get a lot better at thinking beyond the next five years.