De-Extinction Is Now a Thing—Starting With Passenger Pigeons 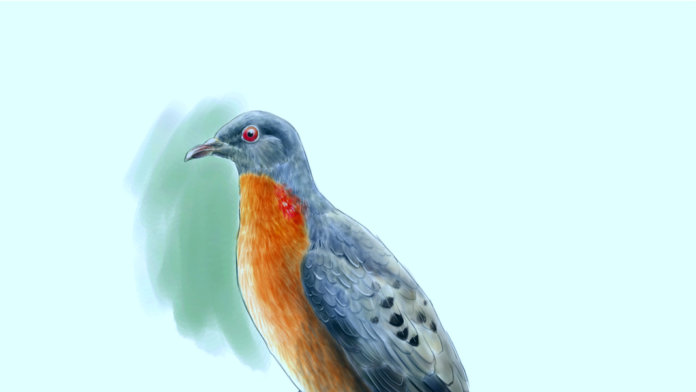 When Martha the passenger pigeon died in 1914 at the Cincinnati Zoo, it marked the end of an era.

Once the dominant species in eastern North America, passenger pigeons roamed the forests in giant flocks up to several billions of individuals for tens of thousands of years before their numbers were snuffed out.

The sheer number of these birds—in combination with their tree seed diets—fashioned them into one of the most important ecosystem engineers of their time, “shaping the patchwork habitat dynamics that these forests relied upon, ecosystems now losing diversity without the passenger pigeon,” said Ben Novak, a lead scientist at Revive & Restore.

“When the bird went extinct in 1914, it was a somber awakening of the power of industrial humanity to wipe out even the most abundant of natural resources,” he said.

That’s why Novak, working with a Californian Institute called Revive & Restore, is aiming to bring back the species and re-introduce it into its natural habitat—with the help of common pigeons and the power of CRISPR.

Novak is among a small group of “de-extinction” engineers, a relatively fringe group of scientists that hope to use genetic engineering to protect or revive iconic animal species ravaged by human activity.

To some, de-extinction is an ecological-sized guilt trip, a species-wide Pet Cemetery horror story ripe for disaster. Yes, biodiversity is important; but who is to say that an extinct species can adapt and survive in an ecological system that’s moved on since its passing? Or perhaps more importantly, what if newly-revived animals—a true “invasive species” for Earth—cause more damage than good to our fragile ecosystem?

“Why go through the trouble” is something his team gets asked, said Novak. For passenger pigeons, the answer is simple: recently, almost a millennium after their man-driven extinction, we finally understand the critical role they played in shaping the eastern North American ecosphere.

So far, researchers have found that passenger pigeons originated over 12 million years ago, and were exceptionally evolved to live in dense flocks. These new insights, combined with a study of forest ecology, clearly show that these birds were key engineers of forest dynamics.

This central role suggests that passenger pigeons are far more than an extinction sob-story poster child. “Bringing back the passenger pigeon will restore the dynamic forest regeneration cycles that dozens of presently declining plant and animal species need to thrive,” said Novak.

“Passenger pigeon isn’t simply a model species; it quite possibly is the most important species for the future of conserving eastern America’s woodland biodiversity,” he said.

It’s a two-step process: first, the extinct species needs to be revived from the dead. Second, the re-introduction of the species to the environment has to be carefully assessed.

We already have similar examples for the second step, explained Novak. Reintroducing species into areas where they were extirpated is decades-old science, and scientists have seen successes such as the wolves in Yellowstone, elk in Kentucky, or the beaver in Scotland. The end goal here is to weigh the risks of doing versus not doing: what would happen to the ecology if we’re completely hands-off.

In the case of the passenger pigeon, the outcome for its re-introduction is likely either neutral—meaning it would just become another bird in the forest with no measurable impact—or positive to the survival of other species.

Either way, the odds seem to be in Novak’s favor.

The first requirement—bringing the dead back to life—is a much newer science. But thanks to a little tool called CRISPR, de-extinctionists see a way forward.

Here’s the crux: unlike Jurassic Park, scientists are not trying to completely revive an animal based solely on its DNA.

Rather, the team is taking a find-and-replace approach: starting from your average scavenger pigeon on city streets, they plan to incorporate genes specific to passenger pigeons into modern-day cousins—the band-tail pigeon. By selectively breeding the gene-animals, the team hopes to concentrate the newly-incorporated genes in offspring, thus nudging these “living surrogates” toward passenger pigeons on a genetic level.

With enough generations, we may have a curious, man-made species with DNA indistinguishable from the dead animals they are modeled after. Exactly when a hybrid animal becomes a passenger pigeon is a philosophical question that plagues all de-extinction movements.

It’s a strategy that most de-extinction efforts adopt. But Novak’s team already has a leg up.

Compared to the dodo, for example, “there is usable DNA because there are more stuffed passenger pigeons resting in museum drawers and private collections than any other extinct bird,” said Novak. Adding the fact that we have access to band-tail pigeons and understand their reproductive patterns, “the science of revival seemed as though it should fall into place with the right innovation and perseverance.”

Since 2012, Novak’s team has perhaps made greater strides than any other de-extinction project.

First, in a series of papers and collaborations, the team unveiled bit-by-bit the critical impact passenger pigeons had on their ecosystem, and answered the age-old question of how their numbers dwindled rapidly from billions to none. The CliffsNotes version: the birds evolved to adapt exquisitely to life in a large population. Although they might have been able to bounce back from low genetic diversity, human hunting drove the final nail into their coffin.

These studies together help inform the passenger pigeon comeback. Novak explained that according to these results, we first need to give band-tail pigeons the necessary mutations that will make them breed in the way that passenger pigeons did, to support them to live in high-social densities. Next we’ll have to give the birds the necessary adaptations to live in high densities efficiently, for example, traits that allow them to be more sensitive towards social cues or rapid juvenile growths, so they place less strain on parenting efforts at high numbers.

The advent of CRISPR changed everything. For the first time, Novak and team have access to a relatively simple and cheap gene editing tool that allows them to tinker with the common pigeon’s DNA.

So far, they’ve tried several approaches to increase the efficiency of the tool. The best way is to directly edit a pigeon’s sperm or egg, because those edits will be passed on to the next generation. The problem? Scientists so far haven’t been able to grow those cells in a test-tube.

Next best thing: inject the DNA editing tool—along with the necessary edits—into an embryo. But scientists ran into problems here too: they had to rely on viruses to deliver the CRISPR machinery, which makes the package too large to be safely injected.

To get around these roadblocks, Novak’s team focused their efforts on making an entirely new line of pigeons, each harboring genetic material that allows for easier DNA editing.

CRISPR-Cas9 is a double-step process, explained Novak. The CRISPR part hones in on the target DNA, whereas the Cas9 does the actual snipping. Birds bred with Cas9 in every cell essentially have part of a functional gene editing tool within their bodies, making it much easier to deliver the other necessary components.

“In the next three years the world may see the first genetic traits of the passenger pigeon revived in living, breathing birds,” said Novak.

And if everything goes as planned, in the next two decades we’ll witness—for the first time—the revival of an extinct species. Dodo birds and woolly mammoths may follow. In time, extinction could be a thing of the past—for better or worse.