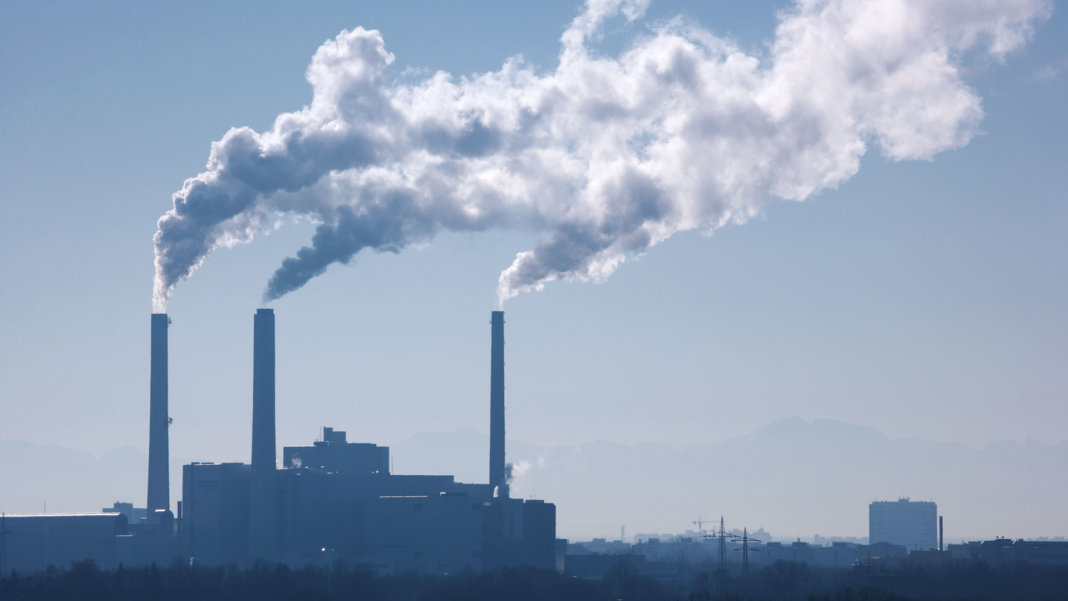 Mimicking what already occurs in nature, DAC essentially involves industrial photosynthesis, harnessing the power of the sun to draw carbon directly out of the atmosphere. This captured carbon can then be turned into numerous consumer goods, spanning fuels, plastics, aggregates, and concrete (as I write this blog, I’m even wearing shoes 3D printed from carbon).

A vital component of every life form on Earth, carbon stands at the core of our manufacturing, energy, and transportation, among the world’s highest-valued industries. And in the coming 10 years, sourcing carbon out of the air will become more cost-effective than carbon sourced from the ground (oil). By 2030, the carbon capture and utilization (CCU) industry is expected to reach $800 billion.

But let’s start with the basics.

Direct Air Capture: The What and the How

But DAC is fast changing the rules of the game, capable of sucking massive quantities of carbon dioxide out of the air, anywhere, at any time.

DAC, by contrast, can be deployed anywhere, completely independent of emission patterns. This is because CO2 gets distributed evenly within the atmosphere. There is as much CO2 above Los Angeles, California as rests above the Patagonian Desert. And for the purposes of DAC, this equal distribution means decimated transportation costs.

So how does it work? While a few different techniques have been developed, the most common involves industrial-scale fans that transmit ambient air through a filter. This latter component then uses a chemical adsorbent (which holds molecules in the form of a thin film on its surface) to produce a pure, storable stream of carbon dioxide.

But beyond the value of carbon itself, DAC could serve as a negative carbon technology, helping us lock away atmospheric CO2 while birthing an abundance of material products.

Companies like Global Thermostat, Carbon Engineering, and Climeworks are now on the cutting edge of DAC technologies, capturing record quantities of CO2 from the atmosphere.

Just last October (2018), a National Academy of Sciences (NAS) report even stated that DAC could be feasible enough to reach worldwide adoption in just the next three years. As estimated by NAS, once the price of CO2 extraction dips below $100-150 per ton of carbon, the air-captured commodity will be economically competitive with traditionally-sourced oil.

Since the report’s release, DAC has gained tremendous traction. Bill Gates-backed Carbon Engineering recently closed a $68 million series C financing round and now claims it can achieve CO2 extraction at as little as $94 per ton, at scale.

Or take Swiss startup Climeworks, which has recently deployed its third DAC plant after receiving north of $35 million in funding from the Zürcher Kantonal Bank.

Yet another contender, Global Thermostat, has already demonstrated that its technology can remove CO2 for a mere $120 per ton at its facility in Huntsville, Alabama. And at scale, the startup predicts it could achieve DAC for as little as $50 a ton.

Demonstrating the sheer range of use cases, Global Thermostat has now closed deals with industrial giants from Coca-Cola—which aims to use DAC to source CO2 for its carbonated beverages—to Exxon Mobile. In just the next few years, this latter oil and gas giant intends to pioneer a DAC-to-fuel business on the back of Global Thermostat’s techniques.

Iterating upon the basic method of DAC explained above, Carbon Engineering’s approach involves a potassium hydroxide solution. This reacts with CO2 to form potassium carbonate, which—in the process—removes a certain amount of carbon dioxide from the air passing over it.

While air remnants containing less CO2 are released, the final solution is then treated to separate out captured carbon dioxide. Once carbon capture is complete, processes like DAC-derived fuels can begin.

The know-how for converting air into fuel has been around for a hundred years or more. After all, it’s the way all plant life grows. But until now, there was no cheap and abundant source of CO2.

For millions of years, plant species have captured CO2, converting it to sugar via photosynthesis. In succession, plants have then either burned the sugar directly or converted sugars to hydrocarbon fuels via high pressure within the Earth’s surface over long periods of time.

Theoretically, this is not hard to do. The process requires two steps: first, electrolysis separates hydrogen from H2O. Secondly, the Sabatier reaction (1897) and Fischer-Tropsch process (1925) together result in bonding of the carbon molecule in CO2 to hydrogen molecules to thereby create hydrocarbon fuels—just like the ones we purchase at gas stations or use in our stoves.

Essentially, DAC uses solar (or other renewable energy sources) to capture carbon dioxide from the air, bond it with hydrogen molecules, and create burnable fuels molecularly identical to natural gas and diesel.

In other words, the process mimics a battery in its method of energy storage. It takes energy from the sun and stores it in a permanently exploitable fuel source. Very soon, we will indeed be able to make fuel out of thin air.

Imagine a world powered by carbon-neutral fuels. The advantage here, in part, is that DAC fuels use the same infrastructural elements—pipes, gas stations, and the like—that already support our modern fossil fuel economy. Yet even using legacy distribution systems, DAC eliminates the environmental toll.

Perhaps most exciting, DAC could equalize fuel costs across the globe, democratizing immediate access. Remote or oil-distant regions, which currently suffer high fuel prices given long-distance transit, will be able to source their own fuel, regardless of geography. And not only will DAC fundamentally redefine geopolitics, but it will be an economic boon to nations like Australia, no longer in need of international oil shipments.

But captured CO2-to-fuel is just one of many exciting examples of DAC’s extraordinary potential.

Commercial Use Cases Are Limitless

In just the next few decades, we are about to manufacture a significant percentage of the world’s plastics and building materials out of the air. Take concrete, for instance. One of the most widely used materials on Earth, second only to water, concrete now accounts for a whopping seven percent of global CO2 emissions.

Yet as it turns out, injecting CO2 into cement as it’s being manufactured strengthens the mixture and produces a far sturdier end-product. This process also permanently sequesters CO2 into cement, largely offsetting the material’s high footprint.

Up until now, however, we had no cheap and abundant source of CO2 to achieve this. Yet with current DAC technologies and soon-to-come iterations, suppliers can now produce far more robust cement at lower costs.

NRG COSIA Carbon XPRIZE finalist CarbonCure is one such enterprise. Having raised more than $9 million, the team is now developing its latest application of DAC to create carbon-neutral concrete.

Yet another XPRIZE finalist, Carbon Upcycling UCLA, utilizes CO₂ to create a product dubbed CO₂NCRETE. A low-carbon concrete-equivalent material, CO₂NCRETE™ has achieved a CO₂ footprint approximately 50 percent lower than that of traditional concrete. And the product is just as viable.

In success, these conversion products are carbon-negative, high-value feedstocks in great demand across countless legacy industries. PCCs, for instance, are currently used in paper-making, plastics, paints, and adhesives, while future applications in cement and concrete are now under development.

Cement PMC, on the other hand, is an entirely new product that can be cast into final shapes and thermally cured at low temperature. As a consequence, the solid undergoes spontaneous reaction bonding to form rigid solids (blocks, panels, tiles, etc.).

But beyond Earth-bound utility, DAC could hold countless vital applications in extra-planetary ventures. With a 98 percent CO2 atmosphere, Mars could be an ideal target for DAC, not to mention an optimal source of needed commodities. To successfully colonize and establish a society on Mars, DAC could help us produce everything from fuel and food to 3D printed replacement parts and construction tools.

Direct air capture will soon allow us to sequester gigatons of CO2 from the atmosphere, yielding material abundance for countless everyday products. By making CO2 a vital part of our economy, we can begin to derive incredible value from one of our principal climate change agents, currently emitted as a “waste” product.

And applications of captured carbon are near-limitless. Whether for fuel on Mars, smart city infrastructural equipment, or everyday plastic commodities, our atmosphere’s carbon reserves are free for the taking and will fundamentally transform our global energy and materials economy.

Welcome to the age of carbon-derived abundance.