Will AI Be Fashion Forward—or a Fashion Flop? 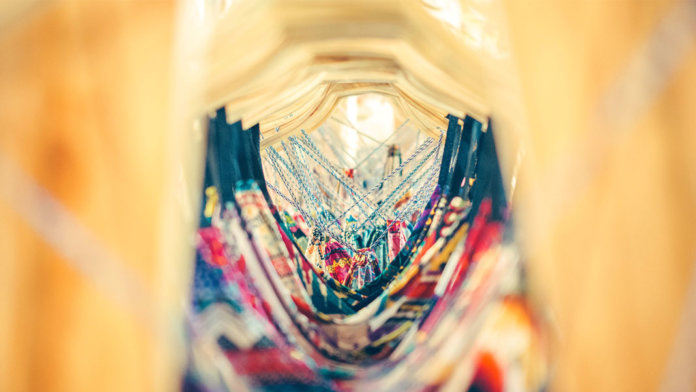 The narrative that often accompanies most stories about artificial intelligence these days is how machines will disrupt any number of industries, from healthcare to transportation. It makes sense. After all, technology already drives many of the innovations in these sectors of the economy.

But sneakers and the red carpet? The definitively low-tech fashion industry would seem to be one of the last to turn over its creative direction to data scientists and machine learning algorithms.

However, big brands, e-commerce giants, and numerous startups are betting that AI can ingest data and spit out Chanel. Maybe it’s not surprising, given that fashion is partly about buzz and trends—and there’s nothing more buzzy and trendy in the world of tech today than AI.

In its annual survey of the $3 trillion fashion industry, consulting firm McKinsey predicted that while AI didn’t hit a “critical mass” in 2018, it would increasingly influence the business of everything from design to manufacturing.

“Fashion as an industry really has been so slow to understand its potential roles interwoven with technology. And, to be perfectly honest, the technology doesn’t take fashion seriously.” This comment comes from Zowie Broach, head of fashion at London’s Royal College of Arts, who as a self-described “old fashioned” designer has embraced the disruptive nature of technology—with some caveats.

Co-founder in the late 1990s of the avant-garde fashion label Boudicca, Broach has always seen tech as a tool for designers, even setting up a website for the company circa 1998, way before an online presence became, well, fashionable.

Broach told Singularity Hub that while she is generally optimistic about the future of technology in fashion—the designer has avidly been consuming old sci-fi novels over the last few years—there are still a lot of difficult questions to answer about the interface of algorithms, art, and apparel.

AI that designs products based on data gleaned from human behavior can potentially tap into the Pavlovian response in consumers in order to make money, Broach noted. But is that channeling creativity, or just digitally dabbling in basic human brain chemistry?

She is concerned about people retaining control of the process, whether we’re talking about their data or their designs. But being empowered with the insights machines could provide into, for example, the geographical nuances of fashion between Dubai, Moscow, and Toronto is thrilling.

“What is it that we want the future to be from a fashion, an identity, and design perspective?” she asked.

Off on the Right Foot

Silicon Valley and some of the biggest brands in the industry offer a few answers about where AI and fashion are headed (though not at the sort of depths that address Broach’s broader questions of aesthetics and ethics).

Take what is arguably the biggest brand in fashion, at least by market cap but probably not by the measure of appearances on Oscar night: Nike. The $100 billion shoe company just gobbled up an AI startup called Celect to bolster its data analytics and optimize its inventory. In other words, Nike hopes it will be able to figure out what’s hot and what’s not in a particular location to stock its stores more efficiently.

The company is going even further with Nike Fit, a foot-scanning platform using a smartphone camera that applies AI techniques from fields like computer vision and machine learning to find the best fit for each person’s foot. The algorithms then identify and recommend the appropriately sized and shaped shoe in different styles.

No doubt the next step will be to 3D print personalized and on-demand sneakers at any store.

Data scientists are also a big part of the team at Stitch Fix, a former San Francisco startup that went public in 2017 and today sports a market cap of more than $2 billion. The online “personal styling” company uses hundreds of algorithms to not only make recommendations to customers, but to help design new styles and even manage the subscription-based supply chain.

One notable attempt involved a “styling assistant” that came with the company’s Echo Look camera that helped people catalog and manage their wardrobes, evening helping pick out each day’s attire. The company more recently revisited the direct consumer side of AI with an app called StyleSnap, which matches clothes and accessories uploaded to the site with the retailer’s vast inventory and recommends similar styles.

Behind the curtains, Amazon is going even further. A team of researchers in Israel have developed algorithms that can deduce whether a particular look is stylish based on a few labeled images. Another group at the company’s San Francisco research center was working on tech that could generate new designs of items based on images of a particular style the algorithms trained on.

“I will say that the accumulation of many new technologies across the industry could manifest in a highly specialized style assistant, far better than the examples we’ve seen today. However, the most likely thing is that the least sexy of the machine learning work will become the most impactful, and the public may never hear about it.”

That prediction is from an online interview with Leanne Luce, a fashion technology blogger and product manager at Google who recently wrote a book called, succinctly enough, Artificial Intelligence and Fashion.

Academics are also sticking their beakers into AI and fashion. Researchers at the University of California, San Diego, and Adobe Research have previously demonstrated that neural networks, a type of AI designed to mimic some aspects of the human brain, can be trained to generate (i.e., design) new product images to match a buyer’s preference, much like the team at Amazon.

Meanwhile, scientists at Hong Kong Polytechnic University are working with China’s answer to Amazon, Alibaba, on developing a FashionAI Dataset to help machines better understand fashion. The effort will focus on how algorithms approach certain building blocks of design, what are called “key points” such as neckline and waistline, and “fashion attributes” like collar types and skirt styles.

The man largely behind the university’s research team is Calvin Wong, a professor and associate head of Hong Kong Polytechnic University’s Institute of Textiles and Clothing. His group has also developed an “intelligent fabric defect detection system” called WiseEye for quality control, reducing the chance of producing substandard fabric by 90 percent.

Wong and company also recently inked an agreement with RCA to establish an AI-powered design laboratory, though the details of that venture have yet to be worked out, according to Broach.

One hope is that such collaborations will not just get at the technological challenges of using machines in creative endeavors like fashion, but will also address the more personal relationships humans have with their machines.

“I think who we are, and how we use AI in fashion, as our identity, is not a superficial skin. It’s very, very important for how we define our future,” Broach said.