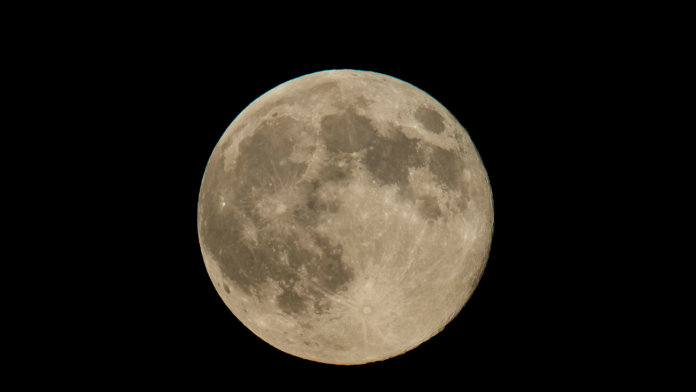 When astronaut Chris Hadfield serenaded the Earth with Bowie’s Space Oddity, many of us got cracking with back-of-the-envelope calculations attempting to figure out how much the guitar cost to send up: probably around $75,000.

On balance, it seems like money well spent—but the prohibitive cost of sending stuff into space is one of the many reasons the moon bases and Mars landings envisioned by science fiction writers and 17th century bishops alike haven’t yet materialized.

Since it was first dreamed up by the Russian rocket scientist, Konstantin Tsiolkovsky, supposedly inspired by looking at the Eiffel Tower, and later refined by another Soviet engineer in 1959, many people have pointed to a space elevator as the solution. The latest proposal—that building a space elevator from the moon to Earth orbit is theoretically feasible right this very second—comes to us via a new paper from researchers at the University of Cambridge and Columbia University.

Ending the Tyranny of the Rocket Equation

Why is getting to space so expensive? The problem is that you have to carry your fuel with you, and you need to find a way to provide enough thrust to lift that fuel—as well as carrying the payload that you actually want to take into space. Most of the fuel and energy, therefore, ends up being expended just lifting fuel higher into Earth’s atmosphere so that it can be burned to accelerate the payload. And low Earth orbit—where Commander Hadfield’s guitar was sent—is cheaper than sending things to the moon or deeper space, where they have to escape gravity entirely.

The basic idea behind a space elevator is to do away with the pesky requirement of carrying all that fuel with you…by building a giant cable and climbing up it. This isn’t as ludicrous as it sounds.

Imagine such a cable, extending into space with an orbiting counterweight, which could be an asteroid or a space station, on the end of it. Just like in a game of tetherball, the (apparent) centrifugal force from that orbiting counterweight as it rotates around the Earth pulls the rope taut. If the cable is long enough, that centrifugal force can be enough to support the weight of the cable, suspending it: a vast elevator to the sky.

Once you have this elevator to space, robotic “climbers” on the outside crawl up the rope. You can send payloads into low Earth orbit, geostationary orbit, or further out into space—all just by choosing how far to climb. If the tower is tall enough, simply letting go at the top flings you into deep space, escaping Earth’s orbit entirely.

Regardless of the design, the economics of the space elevator always look glorious: sending mass into low Earth orbit could be reduced from $10,000 per pound to $400 per pound. Some estimate that an elevator could be constructed for as little as $6 billion. Compare this to the space shuttle program, which cost a total of $209 billion by one estimate.

Sounds wonderful. But, of course, all the creative designs so far have been torpedoed by one flaw: What do you make the cable from?

The cable has to support a tremendous amount of tension without snapping. Since part of that tension is supporting the cable’s own weight, the less dense the material is, the less force it will feel. So you need a material that’s lightweight and can be pulled without breaking. Steel, titanium, and almost everything else you can think of would simply snap under the forces involved.

For a while, it was thought that maybe carbon nanotubes might provide the solution—they’re the first material designed that might get up to the strength required. But issues abound here, too.

Manufacturing them at sufficient purity is extremely difficult. A single defect can ruin the strength of the material. Then there’s the fact that the cable might be vulnerable to lightning strikes and, if you’re not sold yet, the fact that the longest ever carbon nanotube cable manufactured was around half a meter, falling an agonizing 35,768 kilometers short of the length required.

If an Earth-Based Elevator Won’t Work, Why Not Dangle a Cable From the Moon?

The new design, which the authors dub the Spaceline, circumvents some of these nasty requirements by proposing that the cable should be built on the moon and dangle down to Earth orbit. This immediately does away with the counterweight. The Earth’s gravity pulling down on the cable is sufficient to hold it taut.

The major advantage is that the cable does not need to be nearly as strong, as it need not support large amounts of cable mass in Earth’s strong gravitational field, but instead in the weaker lunar field. This means that you could actually make such a cable with materials that exist: the authors note that Kevlar, the same material used in bulletproof vests, could be up to the challenge.

The major disadvantage is that the cable can only extend slightly closer than geostationary orbit, which is still a long distance from Earth’s surface. So you’ll have to make that first stage of the journey and grab the rope by yourself. But for the cool (estimated) price of a billion dollars, this lunar space elevator could enable regular travel to the moon’s surface with only a third of the fuel.

While this doesn’t solve the problem of escaping Earth’s gravitational field—you’ll still need rockets and the miserable physics of space launch to reach the Spaceline in the first place—the authors envisage some potential advantages, alongside saving fuel costs once you reach the line.

For example, the cable would run through the Lagrange point between the Earth and the Moon—in other words, where the Earth’s gravitational pull cancels out the Moon’s gravitational pull. This is one of the regions in space where you can actually dream of stably constructing a floating base. And the Spaceline could transport materials from the moon to Earth orbit for, well, for whatever it is we want to build there—satellites, spacecraft, space stations, you name it.

The idea of using the Lagrange points as stepping stones—beyond our only current space outpost, the ISS—is an exciting one that offers many benefits. Not least, it gives humanity a workable project to focus on whereby we can develop all of the ancillary technologies that are going to be necessary to achieve anything practical in space.

If it really costs a billion dollars to build a Spaceline, can’t you think of some billionaires that might do it? We can all dream of a multiplanetary future in the abstract but, as the recent Moon mission Vikram can tell you, managing space is extremely difficult. If we are ever to leave the cradle of our civilization, we’ll need all the ingenious ideas we can get.