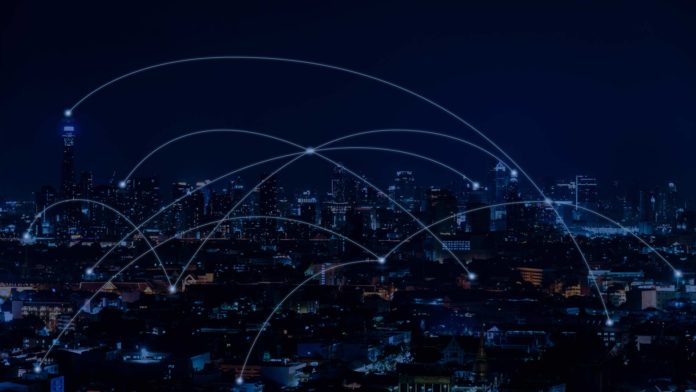 “One moment,” says your digital assistant.

It takes thirty seconds for the full diagnostic to run, as the system deploys dozens of sensors capturing gigabytes of data.

Smart sensors in toothbrush and toilet, wearables in bedding and clothing, implantables inside your body—a mobile health suite with a 360-degree view of your system.

“I ran through your last 48 hours of meetings. It seems like you picked it up Monday, at Jonah’s birthday party. I’d like to run additional diagnostics. Would you mind using the….?”

As the Internet of Things catapults to new heights, Google is developing a full range of internal and external sensors, monitoring everything from blood sugar to blood chemistry. The list of once multi-million-dollar medical machines now being dematerialized, demonetized, democratized, and delocalized—that is, made into portable and even wearable sensors—could fill a textbook.

Sensors will not only transform healthcare and diagnostics. Any electronic device that measures a physical, quantitative value—light, acceleration, temperature, etc.—then sends that information to other devices on a network qualifies as a sensor.

Sensors add intelligence to our appliances. But more importantly, they add hours to our lives. Consider that in less than a decade, when you run out of coffee, your kitchen cabinet will detect a shortage (cross-referencing sensor data with your coffee-drinking habits) and order more. A blockchain-enabled smart contract will subsequently place an order, triggering an Amazon drone delivery directly to your doorstep.

And of course, your very own Butler-bot might soon transport these freshly-ground beans from delivery box to cabinet, sparing you the trouble.

If advances in computing power, AI, and networks represent the center mass of the digital revolution, then today’s sensor uprising is the outer edge of that revolt.

Comprising the first part of tomorrow’s smart environment information-processing pipeline, sensors are the data-gathering apparatus that provide our computers with the information they need to act.

Not much more than a sleek, black band, the Oura Ring is the most accurate sleep tracker on the market, thanks to its TK sensors.

The product began in 2014 at an infectious disease lab in Finland. Health researcher Petteri Lahtela noticed that many of the diseases he’d been studying, including Lyme disease, heart disease, and diabetes, shared a curious overlap: all of them negatively affected sleep. Lahtela started to wonder if all these diseases cause insomnia or if it worked the other way around. Could these conditions be alleviated, or at least improved, by fixing sleep?

The sensors that caught Lahtela’s fancy were a new breed of heart rate monitors, particularly given that heart rate and variability serve as excellent sleep quality indicators. Yet at the time, all such trackers on the market were riddled with issues.

Fitbit and the Apple Watch, for instance, measure blood flow in the wrist via an optical sensor. Yet the wrist’s arteries sit too far below the surface for perfect measurement, and people don’t often wear watches to bed—as smart watches can interrupt the very sleep they’re designed to measure.

Location and sampling rates are its secret weapons. Because the finger’s arteries are closer to the surface than those in the wrist, the Oura gets a far better picture of the action. Plus, while Apple and Garamond measure blood flow twice a second, and Fitbit even raises this figure to 12x/second, the Oura ring captures data at 250 times per second.

Twenty years ago, sensors with this level of accuracy would have cost in the millions, requiring reasonably-sized data centers and tremendous overheard processing costs. Today, the Oura costs around $300 and sits on your finger—a perfect example of sensors’ exponential growth.

We are in the middle of a sensor revolution. The street name for this uprising is the “Internet of Things,” the huge mesh network of interconnected smart devices that will soon span the globe.

And it’s worth tracing the evolution of this revolution to understand how far we’ve come.

In 1989, John Romkey, one of the inventors of the transmission control protocol (TCP/IP), connected a Sunbeam toaster to the internet, making it the very first IoT device.

Ten years later, sociologist Neil Gross saw the writing on the wall and made a now famous prediction in the pages of Business Week: “In the next century, planet Earth will don an electric skin. It will use the Internet as a scaffold to support and transmit its sensations […] These will monitor cities and endangered species, the atmosphere, our ships, highways and fleets of trucks, our conversations, our bodies—even our dreams.”

A decade later, in 2009, Gross’ prediction bore out: the number of devices connected to the Internet exceeded the number of people on the planet (12.5 billion devices, 6.8 billion people, or 1.84 connected devices per person).

A year later, driven primarily by the evolution of smart phones, sensor prices began to plummet. By 2015, all this progress added up to 15 billion connected devices, with researchers at Stanford predicting 50 billion by 2020.

As most of these devices contain multiple sensors—the average smartphone has about twenty—this also explains why 2020 marks the debut of what’s been called “our trillion sensor world.”

Nor will we stop there. By 2030, those same Stanford researchers estimate 500 billion connected devices. And according to Accenture, this translates into a US$14.2 trillion economy.

Hidden behind these numbers is exactly what Gross had in mind—an electric skin that registers just about every sensation on the planet.

Consider optical sensors. The first digital camera, built in 1976 by Kodak engineer Steven Sasson, was the size of a toaster oven, took 12 black-and-white images, and cost over $10,000. Today, the average camera that accompanies your smartphone shows a thousand-fold improvement in weight, cost, and resolution.

And these cameras are everywhere: in cars, drones, phones, satellites—with uncanny image resolution to boot. Already, satellites photograph the Earth down to the half-meter range. Drones shrink that to a centimeter. And the LIDAR sensors atop autonomous cars are on track to capture just about everything—gathering 1.3 million data points per second, and registering change down to the single photon level.

We see this triple trend—of plummeting size and cost, alongside mass increases in performance—everywhere.

The “inertial measurement unit” that guided our early rockets was a 50-pound, $20 million device in the mid-60s. Today, the accelerometer and gyroscope in your cellphone do the same job, yet cost about four dollars and weigh less than a grain of rice.

As a result, we’ve begun to see an oncoming wave of smart clothing, jewelry, glasses—the Oura ring being but one example. Soon, these sensors will migrate to our inner bodies. Alphabet’s Verily branch is working on a miniaturized continuous blood glucose monitor that could assist diabetics in everyday treatment.

Research on smart dust, a dust-mote-sized system that can sense, store, and transmit data, has been progressing for years. Today, a “mote” is the size of an apple seed. Tomorrow, at the nano-scale, they’ll float through our bloodstream, exploring one of the last great terra incognita—the interior of the human body.

We’re about to learn a whole lot more, and not just about the body. About everything. The data haul from these sensors is beyond comprehension. An autonomous car generates four terabytes a day, or a thousand feature length films’ worth of information. A commercial airliner: Forty terabytes. A smart factory: A petabyte. So what does this data haul get us? Plenty.

Doctors no longer have to rely on annual check-ups to track patient health, as they now get a blizzard of quantified-self data streaming in 24-7.

Farmers now know the moisture content in both the soil and the sky, allowing pinpoint watering for healthier crops, bigger yields and—a critical factor in the wake of climate change—far less water waste.

In business, agility has been the biggest advantage. In times of rapid change, lithe and nimble trumps slow and lumbering, every time. While knowing every available detail about one’s customers is an admitted privacy concern, it does provide organizations with an incredible level of dexterity, which may be the only way to stay in business in tomorrow’s accelerated times.

Within a decade, we will live in a world where just about anything that can be measured will be measured— all the time. It will not be your knowledge that matters, but rather the questions you ask.

It’s a world of radical transparency, where privacy concerns will take on a whole new meaning.

From the edge of space to the bottom of the ocean to the inside of your bloodstream, our world’s emerging electric skin is producing a sensorium of endlessly available information. And riding rapid advances in AI, this “skin” possesses the machine learning required to make sense of that information.

Welcome to the hyper-conscious planet.