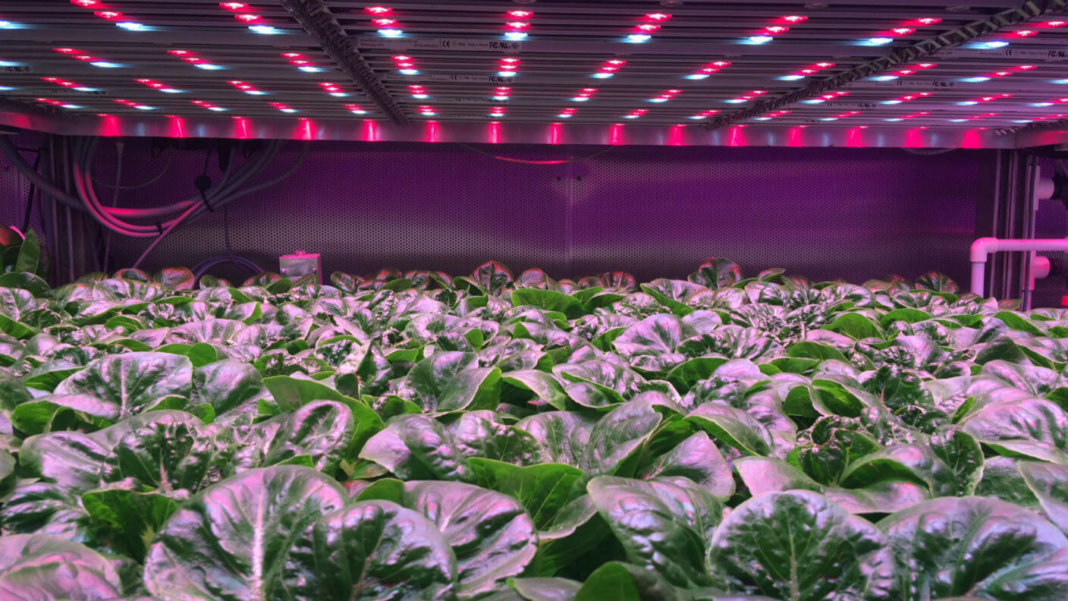 Food. What we eat, and how we grow it, will be fundamentally transformed in the next decade.

Already, indoor farming is projected to be a US$40.25 billion industry by 2022, with a compound annual growth rate of 9.65 percent. Meanwhile, the food 3D printing industry is expected to grow at an even higher rate, averaging 50 percent annual growth.

And converging exponential technologies—from materials science to AI-driven digital agriculture—are not slowing down. Today’s breakthroughs will soon allow our planet to boost its food production by nearly 70 percent, using a fraction of the real estate and resources, to feed 9 billion by mid-century.

What you consume, how it was grown, and how it will end up in your stomach will all ride the wave of converging exponentials, revolutionizing the most basic of human needs.

3D printing has already had a profound impact on the manufacturing sector. We are now able to print in hundreds of different materials, making anything from toys to houses to organs. However, we are finally seeing the emergence of 3D printers that can print food itself.

Slated for release in 2020 at a cost of $100,000, their machines are rapidly demonetizing and will begin by targeting clients in industrial-scale meat production.

Anrich3D aims to take this process a step further, 3D printing meals that are customized to your medical records, heath data from your smart wearables, and patterns detected by your sleep trackers. The company plans to use multiple extruders for multi-material printing, allowing them to dispense each ingredient precisely for nutritionally optimized meals. Currently in an R&D phase at the Nanyang Technological University in Singapore, the company hopes to have its first taste tests in 2020.

These are only a few of the many 3D food printing startups springing into existence. The benefits from such innovations are boundless.

Not only will food 3D printing grant consumers control over the ingredients and mixtures they consume, but it is already beginning to enable new innovations in flavor itself, democratizing far healthier meal options in newly customizable cuisine categories.

Vertical farming, whereby food is grown in vertical stacks (in skyscrapers and buildings rather than outside in fields), marks a classic case of converging exponential technologies. Over just the past decade, the technology has surged from a handful of early-stage pilots to a full-grown industry.

Today, the average American meal travels 1,500-2,500 miles to get to your plate. As summed up by Worldwatch Institute researcher Brian Halweil, “We are spending far more energy to get food to the table than the energy we get from eating the food.” Additionally, the longer foods are out of the soil, the less nutritious they become, losing on average 45 percent of their nutrition before being consumed.

Yet beyond cutting down on time and transportation losses, vertical farming eliminates a whole host of issues in food production. Relying on hydroponics and aeroponics, vertical farms allows us to grow crops with 90 percent less water than traditional agriculture—which is critical for our increasingly thirsty planet.

Currently, the largest player around is Bay Area-based Plenty Inc. With over $200 million in funding from Softbank, Plenty is taking a smart tech approach to indoor agriculture. Plants grow on 20-foot-high towers, monitored by tens of thousands of cameras and sensors, optimized by big data and machine learning.

This allows the company to pack 40 plants in the space previously occupied by 1. The process also produces yields 350 times greater than outdoor farmland, using less than 1 percent as much water.

And rather than bespoke veggies for the wealthy few, Plenty’s processes allow them to knock 20-35 percent off the costs of traditional grocery stores. To date, Plenty has their home base in South San Francisco, a 100,000 square-foot farm in Kent, Washington, an indoor farm in the United Arab Emirates, and recently started construction on over 300 farms in China.

Another major player is New Jersey-based Aerofarms, which can now grow two million pounds of leafy greens without sunlight or soil.

To do this, Aerofarms leverages AI-controlled LEDs to provide optimized wavelengths of light for each plant. Using aeroponics, the company delivers nutrients by misting them directly onto the plants’ roots—no soil required. Rather, plants are suspended in a growth mesh fabric made from recycled water bottles. And here too, sensors, cameras, and machine learning govern the entire process.

While 50-80 percent of the cost of vertical farming is human labor, autonomous robotics promises to solve that problem. Enter contenders like Iron Ox, a firm that has developed the Angus robot, capable of moving around plant-growing containers.

The writing is on the wall, and traditional agriculture is fast being turned on its head.

In an era where materials science, nanotechnology, and biotechnology are rapidly becoming the same field of study, key advances are enabling us to create healthier, more nutritious, more efficient, and longer-lasting food.

For starters, we are now able to boost the photosynthetic abilities of plants. Using novel techniques to improve a micro-step in the photosynthesis process chain, researchers at UCLA were able to boost tobacco crop yield by 14-20 percent. Meanwhile, the RIPE Project, backed by Bill Gates and run out of the University of Illinois, has matched and improved those numbers.

And to top things off, The University of Essex was even able to improve tobacco yield by 27-47 percent by increasing the levels of protein involved in photo-respiration.

In yet another win for food-related materials science, Santa Barbara-based Apeel Sciences is further tackling the vexing challenge of food waste. Now approaching commercialization, Apeel uses lipids and glycerolipids found in the peels, seeds, and pulps of all fruits and vegetables to create “cutin”—the fatty substance that composes the skin of fruits and prevents them from rapidly spoiling by trapping moisture.

And stores across the US are already using this method. By leveraging our advancing knowledge of plants and chemistry, materials science is allowing us to produce more food with far longer-lasting freshness and more nutritious value than ever before.

By the end of the next decade, you should be able to 3D print a fusion cuisine dish from the comfort of your home, using ingredients harvested from vertical farms, with nutritional value optimized by AI and materials science. However, even this picture doesn’t account for all the rapid changes underway in the food industry.

Join me next week for Part 2 of the Future of Food for a discussion on how food production will be transformed, quite literally, from the bottom up.