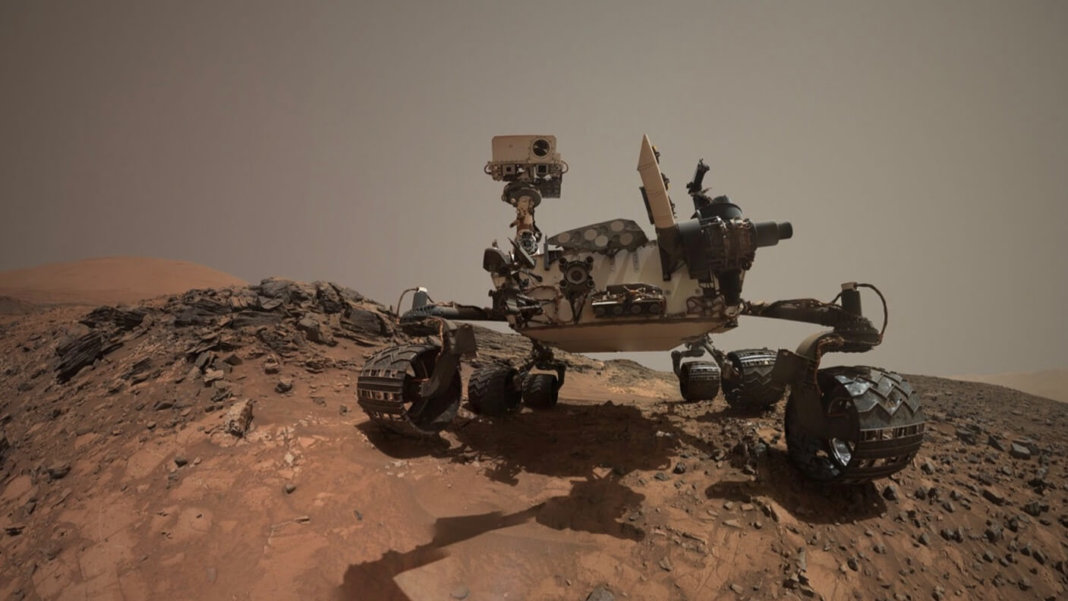 Is Earth the only known planetary body with life on it? Nope. In fact, there are 96 bags of human waste on the lunar surface. These were left over by the Apollo astronauts and contain literally billions of microbes from Earth—massively irradiated and (most likely) dead, of course.

But the colony is growing.

When the Israeli company SpaceIL’s Beresheet spacecraft crashed into the moon earlier this year, thousands of dehydrated tardigrades joined the ranks of moon microbes. While any living thing that hitched a ride with the Apollo astronauts is likely dead beyond resuscitation, tardigrades are highly resilient micro-animals that can withstand the frozen vacuum of space. Though the still-intact payload of tardigrades is dormant, a few drops of water might bring them back to life.

There is little chance the moon hosts living creatures today, and anything we bring there can’t live without our help—which means we can visit without much fear of destroying a fragile alien ecosystem or bringing a space virus back home. But other destinations may not be so sterile.

When we venture beyond the moon, we’ll be bringing trillions of microbial stowaways with us. Which complicates things. If we discover life out there, how will we know we didn’t bring it with us? More importantly, how do we safeguard it from terrestrial invaders and vice versa?

To date, any concerns about forward and backward contamination in space exploration have been mostly confined to the robots and rovers we send into space. But in the not-too-distant future, humans may make it past the moon to relatively friendlier climes like Mars.

When that happens, we’ll need to take the prospect of contamination very seriously indeed.

Why Worry About Alien Bugs?

Forward contamination occurs when some form of life from Earth, especially microbes, is transferred to another planet, interfering with its natural biosphere and leading to a potential evolutionary disruption of any local species that might be thriving there.

If Earth-based invasive species out-compete or out-thrive any native species on a different planet, then it would be very hard for us to know whether any life forms we discover actually originated from the target planet or Earth itself. So, forward contamination poses a serious, albeit controllable, risk to the evolutionary paths of different planets.

While the implications of backward contamination are similar to those of forward contamination, backward is considered a more serious risk as it has the potential to disrupt Earth’s already thriving ecological system of humans, animals, plants, and microbes.

For us, as the only known life in the universe, an evolutionary misstep poses a much greater risk to our long-term survival as a species. What if returning astronauts get infected? What if that leads to the introduction of new diseases we can’t cure? We need to make sure that doesn’t happen. Therefore, we also need to control backward contamination.

What Space Agencies Do to Prevent Contamination

To fight something that may affect all humans and our future on the planet, we must unite.

The 1967 Outer Space Treaty formally outlines global guidelines for any spacefaring nation. Among other things, it ensures all space activities are conducted in a way that steers clear of biological contamination. After the treaty’s ratification, NASA implemented the Planetary Protection Program to research possible solutions to forward and backward contamination.

A key step in preventing forward contamination is measuring how many microbes are present both before and after decontamination. NASA has traditionally used a standard spore-counting procedure, which usually takes a couple of days, but more recently, the agency has begun to employ quicker alternative methods too.

Inspired by the pharmaceutical industry, one of these is known as the limulus amebocyte lysate (LAL) assay. A fast and highly sensitive procedure, it detects microbial cell wall materials that can be removed. The second method, known as the adenosine triphosphate (ATP) assay detects the presence of ATP, an essential energy source found in all living cells.

These methods are good indicators of potential biological contamination that can be reduced. They can also be used after decontamination to ensure no more microbes are present.

Space probes are usually sterilized preflight before being sent to any sensitive areas of the solar system. Currently, NASA wipes down surfaces with detergents, solvents, and isopropyl alcohol as well as sterilizing spacecraft using dry heat microbial reduction. The spacecraft is cleaned and baked in an oven at 233 degrees Fahrenheit (112 degrees Celsius) for 30 hours. It has been found that the cleaning reduces the number of spores from 300 to 0.03 per square meter, certifying the spacecraft is free of microbial contamination.

In the not-too-distant future, we may send spacecraft to Mars, scoop up some Martian dirt, and return it to Earth. To prevent backward contamination, scientists have proposed quarantining a sample by placing the returned container inside a larger vacuum-sealed container, cutting the connection with its surrounding environment for the duration of the return mission.

Once the sample lands, NASA has proposed building a biohazard containment facility, tentatively known as the Mars Sample Return Receiving Facility (MSRRF) to receive, analyze, and curate extraterrestrial soil to prevent as much contamination as possible.

An even safer option may simply be sending better tools to analyze samples on site instead of bringing them home—the better our robotic explorers get, the more they’ll do the work for us.

Of course, the ultimate goal is to send humans to Mars and beyond. Compared to probes, rovers, and returned samples, preventing human contamination is much harder.

Humans are the source of both forward and backward contamination. It is virtually impossible to sterilize crew members as completely as robots since we humans host trillions of (mostly) symbiotic microorganisms from ten thousand species in our microbiome.

Further, our microbiome doesn’t just stay put on and in our bodies. These microorganisms make their way into the surrounding environment in crew members’ stools and from their skin and breath. Meanwhile, returning personnel are a source of backward contamination as we wouldn’t know exactly how they interacted with the Martian environment while on mission.

For both issues, the best options now seem to be sterilization, containment, and quarantine.

But sterilization runs the risk of destroying potential physical signs of new life forms, while quarantine may become increasingly difficult as we ramp up exploration. We need to research better ways of integrating the human factor into the long-term ideal of planetary protection.

As humans venture further into space and in greater numbers, we’ll need more nations working together to bring the best solutions to the table. An expanded body of science-based rules and ethical directives will make it possible for all nations to safely explore the solar system.