We’ll Soon Be Able to Prosper and Save the Earth at the Same Time. Here’s How 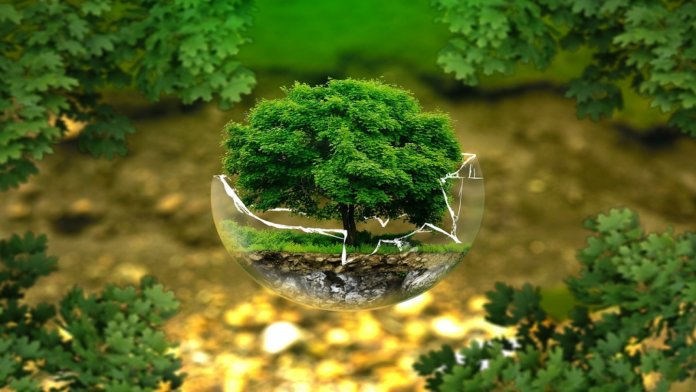 Life is pretty different today than it was 20 or even 10 years ago. Smartphones and the internet have changed the way we do business, interact socially, and spend our free time. As tech continues to advance towards what some have dubbed the Fourth Industrial Revolution, economists, entrepreneurs, and historians are predicting that the degree of change this time around will be more drastic than during any prior period of human history.

We don’t yet know whether that’s true. But according to MIT research scientist and writer Andrew McAfee, this time around will be different regardless, and in the best of ways, because we’ve finally reached a point where our prosperity doesn’t have to depend on taking resources from the planet.

In his new book More from Less: The Surprising Story of How We Learned to Prosper Using Fewer Resources―and What Happens Next, McAfee offers a thoroughly analytical, brightly optimistic take on technology’s impact on humanity—and a hopeful vision for what lies ahead.

When the Planet Gave and We Took (and Took)

McAfee’s book starts with a look back at human progress up until the last two centuries. That progress was, in a word, slow—both in terms of population growth and productivity. It wasn’t until the early 19th century that we became a species of one billion, and it took all of human history to get there. The pace of population growth increased thereafter; it took just 124 years to reach a global population of 2 billion in 1927, then 33 years to reach 3 billion in 1960. Since then, we’ve added another billion every 12-15 years, hitting 7.7 billion in 2019.

For the bulk of human history, it was inconceivable that this many people would be able to live on Earth, and do so prosperously (though how one defines “prosperous” and what percentage of humanity falls into this category is up for debate). Prior to the Industrial Revolution, there was essentially an inverse relationship between population and prosperity; too many people meant resources were spread too thin, and those resources were finite. Not only were resources limited, we didn’t yet have an efficient or scalable way of extracting and utilizing them.

Enter the first Industrial Revolution, and the inventions that put humanity—and the Earth—on a totally different course. “For all of human history to that point, the only power sources we could draw on were muscles (ours and those of the animals we domesticated), wind, and falling water,” McAfee writes. “The Watt steam engine and its descendants added to that list a set of machines that drew on fossil fuels such as coal and profoundly changed our relationship with our planet.”

Thanks to the steam engine, internal combustion engine, and subsequently electrification, global population, GDP per capita, and income growth all increased together for the first time in history, and at unprecedented rates.

Steam power and electricity get all the glory, but McAfee points out a few less-sexy advancements that equally impacted human longevity and prosperity. Nitrogen-based fertilizers gave agricultural yields a huge boost. Indoor plumbing meant people had clean water and no human waste in their homes, eliminating all kinds of disease risk. Key elements of the capitalist system—like patents, limited liability corporations, and joint stock companies—also came into being, enabling capitalism and technological progress to start spurring each other on in a cycle that’s still going strong today.

This all sounds perfectly grand: more people, living longer, with more things, and with machines doing all the hard work. What’s not to love?

It all came with a cost, of course—a big one. As McAfee put it, the Industrial Revolution enabled and caused us to tread more heavily on the planet. We dug more mines, chopped down more forests, extracted more fossil fuels, killed more animals, and released more harmful chemicals into the air and water. For people to do better, the planet had to do worse.

This tradeoff continued throughout subsequent decades, and it hasn’t stopped yet. But herein lies McAfee’s motivation to write this book: we’re reaching a turning point—unprecedented in human history—where our relationship with the environment no longer needs to be tit-for-tat. We can grow our economy, population, and prosperity, but take less from the Earth in the process.

What’s behind this surprising turn of events? McAfee believes it’s the “four horsemen of the optimist”: technological progress, capitalism, responsive government, and public awareness. “When all four are present, we tread more lightly on our planet,” he writes. “We progressively dematerialize our consumption, reduce pollution, and take better care of our fellow creatures.”

Dematerialization—using fewer resources—is key here. And it’s not due to things like recycling or government-imposed limits on production or consumption.

Here’s a classic example. If you’re over 20, you remember all the things we used to require in order to entertain ourselves and communicate: a Walkman or CD player, tapes and CDs, a camera, film, a DVD or VHS player, DVDs or video tapes, a land line phone, an answering machine… If you put all these things into a bag, the bag would weigh somewhere between 20-40 pounds (more for those of us who had big CD or video collections!); it would be filled with stuff that required resources and factories and energy to manufacture.

Everything in that heavy bag is now in a smartphone that weighs less than a pound. And a greater percentage of the global population owns smartphones than ever owned TVs, cameras, or CD players; it’s undeniable that we’re getting more from less.

This is dematerialization at its best, and McAfee points out its close link to capitalism. Resources cost money, and using fewer resources means spending less money, which means making more money.

For all their merits, though, technology and capitalism left to their own devices don’t yield great outcomes across the board. While tech progress and capitalism go hand in hand, McAfee says, the critical duo that keeps them in check is public awareness (citizens being aware of societal issues and demanding action be taken to address them) coupled with responsive government (responsive to the will of the people in a way that’s effective). His analysis focuses primarily on environmental questions, including pollution and treatment of animals, and he cites the anti-pollution laws passed after the first Earth Day as an example.

In an age when big tech companies arguably have more power and influence over the average person’s decisions than the government does, how might the public awareness/responsive government dynamic shift? We can demand that companies take on more of a stewardship role, but at the end of the fiscal year they’ll still be companies out for a profit. Governments can impose regulations to protect both markets and individuals, but thus far many governments have had trouble keeping up with tech’s pace of advancement.

Work Left to Do

McAfee’s book doesn’t explore this potential hole in his model, but it does acknowledge some of tech’s negative impacts, mainly in the form of what he calls a decrease in “social capital,” or human relationships and connections that lead to trust and reciprocity.

At a time when politics are more polarized than they’ve been in decades and most of us spend the bulk of our days immersed in phones, computers, or TVs, McAfee encourages readers to “work to reverse the increasing disconnection we’re experiencing in many societies and communities” by joining organizations, volunteering with communities in need, and teaching our skills to others. He writes, “It’s important to do these things with members of other tribes—people who we know feel differently from us about important things. And it’s particularly important not to try to win arguments with them […] a lot of debate and discussion increases disconnection. Start by finding common ground.”

People in the most extreme socioeconomic groups—that is, the poor and the wealthy—have gained a lot from globalization, digitization, and the decoupling of resources from economic growth. But there’s a big group of people being left behind, and for humanity as a whole to prosper, we need to do more to catch them up. The middle and lower middle classes in the rich world have seen the smallest gain from the past three decades of economic growth. They’re not happy about it, and their unhappiness has contributed to the election of populist and authoritarian leaders around the world. Unless we want to see our political systems further crumble at the hands of unfit leaders—and deal with the consequences that will come along with that—McAfee believes we must expand our toolkit for turning have-nots into haves.

And, finally, it’s only the rich world that’s on the cusp of decoupling economic growth from resource consumption. How will we make sure that developing countries don’t repeat our resource-hungry, Earth-befouling mistakes?

For starters, they have no need to do so. Now that mobile phones have already proliferated throughout India and Nigeria, for example, neither country is going to continue laying copper wire for telecommunications. Now that renewable energy is becoming more abundant, cheap, and accessible, countries will look to it for their energy needs rather than coal. Indeed, from energy to agriculture to education, developing nations are leapfrogging right over the West’s long learning curve. McAfee believes capitalism will be sufficient to continue this trend and bring new, clean technologies to low-income countries—but to avoid the same pitfalls the West experienced, we must put pollution inside markets and let companies figure out solutions.

McAfee’s optimism is refreshing, and even contagious; as more of our lives, experiences, and possessions become digitized, it’s hard to argue that we haven’t already surpassed Peak Stuff. But if it’s all going to play out in a way we can be proud of, there’s much work still to be done.