2 Connections That Will Unleash a Flood of Human Capital 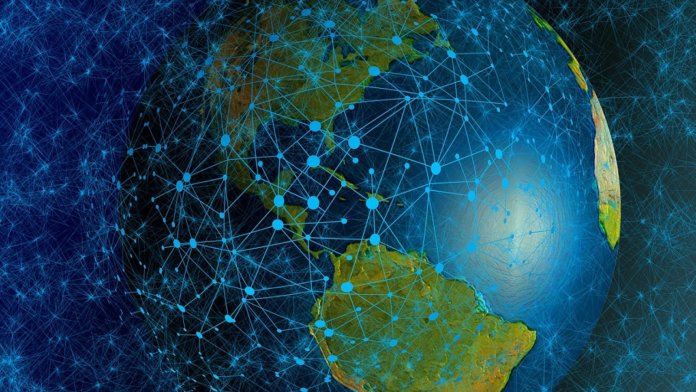 We are about to massively increase the amount of human genius on Earth in two distinct ways.

First, by identifying and connecting those geniuses that already exist, but lack access to the right tools (i.e. they are off the grid).

And second, by connecting the average human cortex to the cloud, amplifying human intelligence (HI) with high-bandwidth brain-computer interfaces (BCI).

Nothing is more important to a company, nation, or individual than intelligence. It is the fundamental key to problem-solving and wealth creation, and underpins the human capital that drives every company and nation forward.

This blog covers both approaches, their timelines, and the game-changing implications.

The Power of Connectivity

Our first innovation accelerator is the power of the network—a tool that allows minds to connect with other minds, exchange ideas, and spark invention.

Until recently, most genius was squandered. Even if you were born with incredible talents, the chances of you being able to use those abilities were limited at best. Gender, class, and culture mattered.

While IQ isn’t the only metric for genius, the standard distribution of the Stanford-Binet scale shows that only one percent of the population qualifies. Technically, this makes for 75 million geniuses in the world. But how many of them actually get to make an impact?

Even today, not that many. Yet in tomorrow’s hyper-connected world, extraordinary individuals will no longer be casualties of class, country, or culture.

Over the next six years, the unprecedented convergence of 5G and satellite networks will bring four billion new minds onto the web, unlocking the floodgates of human capital.

In Abundance, we explored how the rise of the coffee house in eighteenth-century Europe became a critical driver of the Enlightenment. These egalitarian establishments drew people from all walks of life, allowing novel notions to meet and mingle and, as author Matt Ridley famously wrote, “have sex.” By becoming a hub for information-sharing—a network—coffee shops were foundational in driving progress forward.

Not surprisingly, we see similar network effects in cities, which are essentially coffee shops writ-large. Two-thirds of all growth takes place in urban environments because population density leads to the cross-pollination of ideas. This is why Santa Fe Institute physicist Geoffrey West discovered that doubling the size of a city produces a 15 percent increase in income, wealth, and innovation (as measured by the number of new patents).

But over the next half-dozen years, we are going to wire up the rest of humanity, adding 4.2 billion new minds to the global conversation. Soon, all eight billion of us, every single human, will be networked together at gigabit speeds.

If network size, density, and fluidity have turned cities into the best transformation engines we’ve yet managed to create, then the fact that we are about to link the entire globe into a single network means the whole planet is just a few years away from becoming the largest innovation lab in history.

Linking the Brain to the Cloud

Our second catalyst of human capital is none other than brain-computer interfaces.

While genius may be a rare phenomenon, we are starting to understand its underlying neurobiology. There are two major strains to this work, a near-term and far-term approach.

In the near-term, research into what might be called “the neurological basis for innovation”—that is, creativity, learning, motivation, and the state of consciousness known as flow—has allowed us to amplify these critical skills like never before.

Consider that classic test of creative problem-solving: the nine-dot problem. Connect nine dots with four lines in ten minutes without lifting your pencil from the paper. Under normal circumstances, fewer than five percent of the population can pull this off. In a study run at the University of Sydney in Australia, none of their test subjects did.

But then the researchers took a second group of subjects, used transcranial direct stimulation to artificially mimic many of the neuroanatomical changes produced during flow. What happened? 40 percent solved the problem—a near record result.

The long-term approach takes a similar tack, using technology to improve cognitive function. Only, soon, the technology will be permanently implanted in our brains.

Inventors like Musk, whose Neuralink has made groundbreaking progress in BCI, and Braintree co-founder Bryan Johnson, who founded Kernel, have been pouring hundreds of millions of dollars into next-generation brain implants.

The goal of “neuro-prosthetics” or “brain-computer interfaces,” as Johnson explains, “is not about AI versus human. Rather, it’s about creating HI, or ‘human intelligence,’ the merger of humans and AI.”

Everybody agrees that Cyborg-nation is still a long ways off, but progress is moving faster than many suspect. We already have brain-computer interfaces that can help stroke victims regain control over paralyzed limbs, and others that help quadriplegics use computers simply by thinking. Sensory replacement devices are already here (think cochlear implants), and full-scale visual prosthetics—that final horizon—are coming this decade.

Memory is the latest frontier. In 2017, USC neuroscientist Doug Song repurposed the seizure control neural implants used by a group of epilepsy patients. By using them to stimulate the neuronal circuits implicated in learning and retention, Song produced a 30 percent boost in memory function. In the near term, this means new treatments for Alzheimer’s. In the long run, it’s brain enhancement for everyone.

And, as far as the full cyborg is concerned, by measuring the accelerating rate of exponential technologies, Ray Kurzweil famously pegged this development to the early 2030s. Ray’s averaging an 86 percent success rate for his predictions, but even if he’s off by a decade, with the progress we’re already seeing in everything from networks to neuroscience, the end result is more genius, more breakthroughs, and more acceleration.

As 5G electrifies a world of trillions of sensors and devices, we’re about to live in a world where anyone anywhere can have access to the world’s knowledge, crowdfund ready capital across eight billion potential investors, and 3D print on the cloud. And as the population of online users doubles, we’re about to witness perhaps the most historic acceleration of progress and technological innovation known to man.

Meanwhile, groundbreaking progress in brain-computer interfaces is driving us closer to Ray Kurzweil’s prediction that our brains will connect seamlessly to the cloud by 2035. Elon Musk’s Neuralink is already striving towards a two-gigabit-per-second wireless connection between a patient’s brain and the cloud in the next few years.

And in the long term, brain-computer interfaces will amplify both average human intelligence and our access to an instantaneous wealth of knowledge.

Welcome to the age of mass genius.