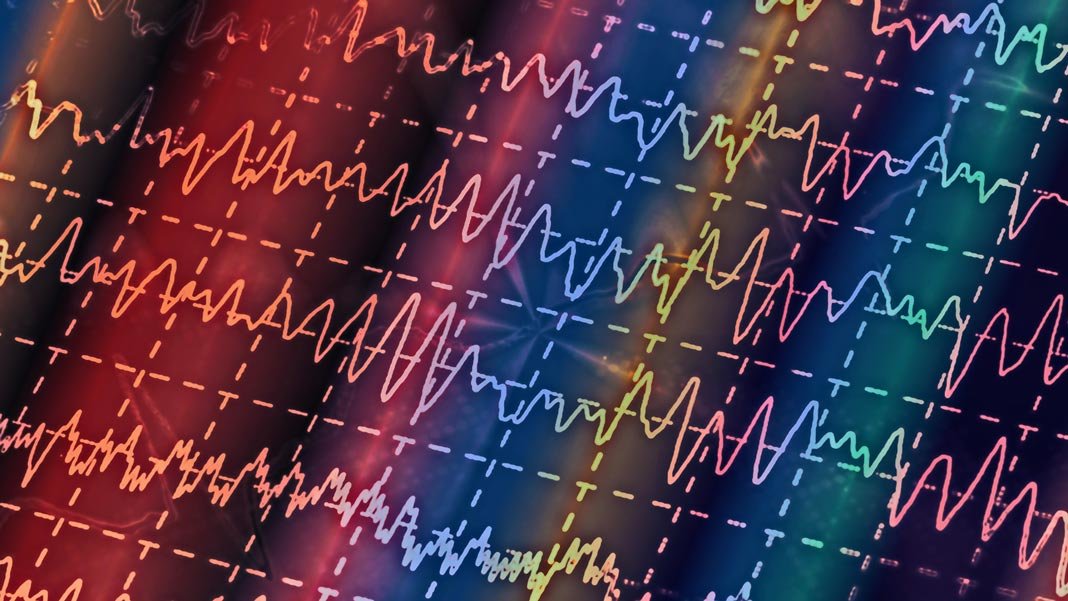 Just a decade ago, the Walk Again Project was a blue sky, Hail Mary moonshot at total neural rehab for those paralyzed.

The project, a collaboration among fearless neuroengineers, has the lofty goal of giving patients with spinal cord injuries their dignity, autonomy, and lives back in full. Perhaps a testament to the team’s successes—beyond wildest imagination—is just how mundane brain-machine interfaces seem these days: mind-controlled robotic arms or legs don’t even raise eyebrows, and microelectrode “Band-Aids,” which are surgically implanted into the brain or spinal cord to replace severed nerves in paralysis, seem old-school.

But the fight’s not over: with surgery comes a risk of infection, immune rejection, pain, and a hefty price tag. To fully win the war against paralysis, the setup needs to be non-invasive, affordable, and easy to use at home. The end goal isn’t assisted walking; rather, it’s to rehabilitate broken nerves and allow patients the freedom to walk again using their own bodies.

In a new pilot study, a team led by brain-machine interface pioneer Dr. Miguel Nicolelis at Duke University further pushed towards the impossible. Swapping (skull) drills for caps, the team turned away from implanted electrodes towards those embedded inside a beanie cap—electroencephalography (EEG), a simple way to measure electrical waves that wash over the brain, rich with information ripe for decoding.

Combined with three additional “elements of potential recovery,” such as balance control and sensory feedback, the team’s intensive program allowed two patients with long-term paralysis to walk over 4,500 steps with the help of a walker. What’s more, the brain-boosting program kicked their damaged nervous systems back into action, restoring some neurological recovery in both patients along with bladder, bowel, and sexual control.

The study clearly shows that a multitude of interventions is required to battle paralysis; now we have a better idea of what and how. “There is no silver bullet to treat spinal cord injuries. More and more, it looks like we need to implement multiple techniques simultaneously to achieve the best neurorehabilitation results,” said Nicolelis.

Nicolelis is probably best known for his mind-bending experiments with linking mouse brains into “Brainnets” or allowing monkeys to control multiple robotic arms (and wheelchairs) with their minds.

These sensational animal studies weren’t just for show: by measuring the animals’ neural responses, scientists could gradually tease out where, how, and what devices to use to best link up biological and artificial brains.

There’s a very good reason for surgery: electrodes directly implanted into the brain are able to measure in fine-grained detail the activity of smaller populations of neurons that control movement. “Zoom and enhance” doesn’t work for electrical signals in the brain—the higher resolution the input, the better a computer program can tease out necessary signaling details to control muscle movement. Smooth, fluid steps, something we do subconsciously, are extremely difficult to artificially reconstruct. And EEG, unfortunately, generally measures averaged sweeps of activity in larger areas of the brain, making decoding much harder.

Much effort has been poured into optimizing EEG-based brain-machine interface setups, a difficult and lengthy process. Is there another way?

If EEG-based brain-machine interfaces are less effective alone, what if they’re combined with other proven approaches at neurorehab?

The idea may seem trivial, but it’s rather counter-intuitive: for neuroengineers, improving gadgets is the usual way forward, not combination therapy. Yet in 2018, the team demonstrated in seven paralyzed patients proof-of-concept that EEG-based interfaces, combined with movement training and visual and touch feedback, works magic after 28 to 38 months.

The protocol, dubbed Walk Again Neuro-Rehabilitation (WA-NR), first uses EEG to record and control virtual avatars and robotic exoskeleton walkers while the patient wears a “tactile shirt” that offers them sensory feedback. This stimulation theoretically teaches damaged nerves to reroute their motor functions to healthy ones. Following the program for just three years, the patients—some paralyzed for decades—dramatically regained sensation in their lower limbs. They could feel where their legs were in space and better control their lower limbs. Some even reported feelings of normal, welcomed pain after a sharp jab.

The current study, published in Scientific Reports, takes neurorehab a step further. In two patients from the original cohort, the team further trained and examined their neuro-recovery in detail. Patient P1 was a middle-aged man paralyzed for 4.5 years at the onset of the study; P2, a 32-year-old, had been paralyzed for a decade. Although trained with WA-NR, both patients scored on the low end of overall movement, with the ability to extend their knees at most.

For each training session, the patients wore an EEG cap to measure movement intent and had eight electrodes placed on the skin of each leg to stimulate muscles. Simultaneously they wore a haptic shirt, which gave them a sense of their body in space by stimulating their forearms.

The treatment consisted of three phases: first, electrically activating off-line leg muscles and “waking” them from atrophy; next, better translating those zaps into smooth movements. Finally, the protocol links up the brain and leg zaps into walking motions.

The team instructed the patients to imagine moving their left and right legs in turn in a stepping motion, which generated brain activity that the EEG device was able to pick up. Thanks to haptic feedback, the patients didn’t need verbal instructions or to look at their bodies when training to move their legs in response to muscle stimulation.

Their leg muscles overcame natural atrophy and grew in volume, which helps support weight and movements. Without further muscle zaps, P1 was able to walk 10 meters without support and 19 seconds faster than before therapy. Remember, this man was previously paralyzed; now he’s walking—a short distance, yes—but on his own will, without experiencing surgery.

P2 also made the test walk faster than before training, but required assistance. However, both patients experienced improvements in their cardio health and a drop in resting heart rate—a welcome sign of physical fitness. Although neither patient experienced further improvements in lower limb sensation, they could better flex their off-line muscles. Somehow, the combo therapy had boosted neural plasticity, allowing them to regain access to muscles below the spinal cord injury point.

“Our hypothesis is that, after a spinal injury, some spinal cord fibers may have survived, but they may not have been activated for years,” said study author Solaiman Shokur. “Our system makes it possible to stimulate them again.”

In a way, the study represents a victory lap for the last decade in neurorehab research.

Although the EEG-based brain-machine interface was “crucial,” said Shokur, it’s clear that the way forward for neuro-rehab is to integrate all tools into a single, non-invasive platform for spinal cord patients. Although DIY at home remains a distant reality, the current setup could conceivably be combined into a user-friendly kit for everyday use.

When spinal cord injury was considered irreversible, assisted walking was the goal. We have won that great war; now it’s time to be more ambitious and win the last war against paralysis.

“We believe that combined brain and spinal cord plasticity are essential agents in our study,” the team said. “By urging the nervous system to health itself, it’s clear that partial neurological and functional recovery can be induced in chronic spinal cord injury patients.”