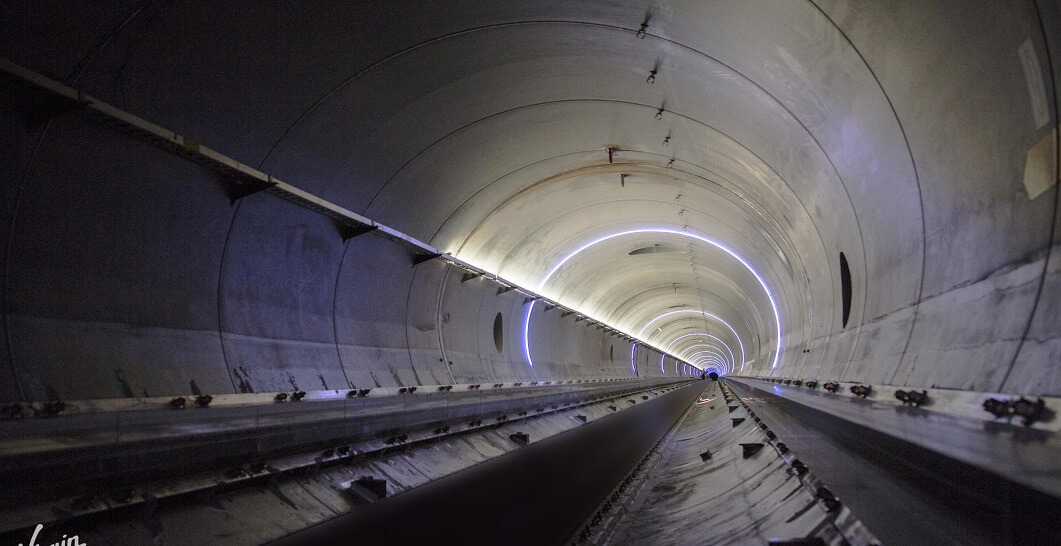 Try Hyperloop, rocket travel, and robotic avatars. Hyperloop is currently working towards 670 mph (1080 kph) passenger pods, capable of zipping us from Los Angeles to downtown Las Vegas in under 30 minutes. Rocket Travel (think SpaceX’s Starship) promises to deliver you almost anywhere on the planet in under an hour. Think New York to Shanghai in 39 minutes.

But wait, it gets even better…

As 5G connectivity, hyper-realistic virtual reality, and next-gen robotics continue their exponential progress, the emergence of “robotic avatars” will all but nullify the concept of distance, replacing human travel with immediate remote telepresence.

Hyperloop One: LA to SF in 35 Minutes

Did you know that Hyperloop was the brainchild of Elon Musk? Just one in a series of transportation innovations from a man determined to leave his mark on the industry.

In 2013, in an attempt to shorten the long commute between Los Angeles and San Francisco, the California state legislature proposed a $68 billion budget allocation for what appeared to be the slowest and most expensive bullet train in history.

Musk was outraged. The cost was too high, the train too sluggish. Teaming up with a group of engineers from Tesla and SpaceX, he published a 58-page concept paper for “The Hyperloop,” a high-speed transportation network that used magnetic levitation to propel passenger pods down vacuum tubes at speeds of up to 670 mph. If successful, it would zip you across California in 35 minutes—just enough time to watch your favorite sitcom.

In January 2013, venture capitalist Shervin Pishevar, with Musk’s blessing, started Hyperloop One with myself, Jim Messina (former White House Deputy Chief of Staff for President Obama), and tech entrepreneurs Joe Lonsdale and David Sacks as founding board members. A couple of years after that, the Virgin Group invested in this idea, Richard Branson was elected chairman, and Virgin Hyperloop One was born.

“The Hyperloop exists,” says Josh Giegel, co-founder and chief technology officer of Hyperloop One, “because of the rapid acceleration of power electronics, computational modeling, material sciences, and 3D printing.”

Thanks to these convergences, there are now ten major Hyperloop One projects—in various stages of development—spread across the globe. Chicago to DC in 35 minutes. Pune to Mumbai in 25 minutes. According to Giegel, “Hyperloop is targeting certification in 2023. By 2025, the company plans to have multiple projects under construction and running initial passenger testing.”

So think about this timetable: Autonomous car rollouts by 2020. Hyperloop certification and aerial ridesharing by 2023. By 2025—going on vacation might have a totally different meaning. Going to work most definitely will.

But what’s faster than Hyperloop?

As if autonomous vehicles, flying cars, and Hyperloop weren’t enough, in September of 2017, speaking at the International Astronautical Congress in Adelaide, Australia, Musk promised that for the price of an economy airline ticket, his rockets will fly you “anywhere on Earth in under an hour.”

Musk wants to use SpaceX’s megarocket, Starship, which was designed to take humans to Mars, for terrestrial passenger delivery. The Starship travels at 17,500 mph. It’s an order of magnitude faster than the supersonic jet Concorde.

Think about what this actually means: New York to Shanghai in 39 minutes. London to Dubai in 29 minutes. Hong Kong to Singapore in 22 minutes.

So how real is the Starship?

“We could probably demonstrate this [technology] in three years,” Musk explained, “but it’s going to take a while to get the safety right. It’s a high bar. Aviation is incredibly safe. You’re safer on an airplane than you are at home.”

That demonstration is proceeding as planned. In September 2017, Musk announced his intentions to retire his current rocket fleet, both the Falcon 9 and Falcon Heavy, and replace them with the Starships in the 2020s.

Less than a year later, LA mayor Eric Garcetti tweeted that SpaceX was planning to break ground on an 18-acre rocket production facility near the port of Los Angeles. And April of this year marked an even bigger milestone: the very first test flights of the rocket.

Thus, sometime in the next decade or so, “off to Europe for lunch” may become a standard part of our lexicon.

While the technologies we’ve discussed will decimate the traditional transportation industry, there’s something on the horizon that will disrupt travel itself. What if, to get from A to B, you didn’t have to move your body? What if you could quote Captain Kirk and just say “Beam me up, Scotty”?

Well, shy of the Star Trek transporter, there’s the world of avatars.

An avatar is a second self, typically in one of two forms. The digital version has been around for a couple of decades. It emerged from the video game industry and was popularized by virtual world sites like Second Life and books-turned-blockbusters like Ready Player One.

A VR headset teleports your eyes and ears to another location, while a set of haptic sensors shifts your sense of touch. Suddenly, you’re inside an avatar inside a virtual world. As you move in the real world, your avatar moves in the virtual.

Use this technology to give a lecture and you can do it from the comfort of your living room, skipping the trip to the airport, the cross-country flight, and the ride to the conference center.

Robots are the second form of avatars. Imagine a humanoid robot that you can occupy at will. Maybe, in a city far from home, you’ve rented the bot by the minute—via a different kind of ridesharing company—or maybe you have spare robot avatars located around the country.

Either way, put on VR goggles and a haptic suit, and you can teleport your senses into that robot. This allows you to walk around, shake hands, and take action—all without leaving your home.

And like the rest of the tech we’ve been talking about, even this future isn’t far away.

In 2018, entrepreneur Dr. Harry Kloor recommended to All Nippon Airways (ANA), Japan’s largest airline, the design of an Avatar XPRIZE. ANA then funded this vision to the tune of $10 million to speed the development of robotic avatars. Why? Because ANA knows this is one of the technologies likely to disrupt their own airline industry, and they want to be ready.

ANA recently announced its “newme” robot that humans can use to virtually explore new places. The colorful robots have Roomba-like wheeled bases and cameras mounted around eye-level, which capture surroundings viewable through VR headsets.

If the robot was stationed in your parents’ home, you could cruise around the rooms and chat with your family at any time of day. After revealing the technology at Tokyo’s Combined Exhibition of Advanced Technologies in October, ANA plans to deploy 1,000 newme robots by 2020.

With virtual avatars like newme, geography, distance, and cost will no longer limit our travel choices. From attractions like the Eiffel Tower or the pyramids of Egypt to unreachable destinations like the moon or deep sea, we will be able to transcend our own physical limits, explore the world and outer space, and access nearly any experience imaginable.

Individual car ownership has enjoyed over a century of ascendancy and dominance.

The most important part: All of this change will happen over the next ten years. Welcome to a future of human presence where the only constant is rapid change.