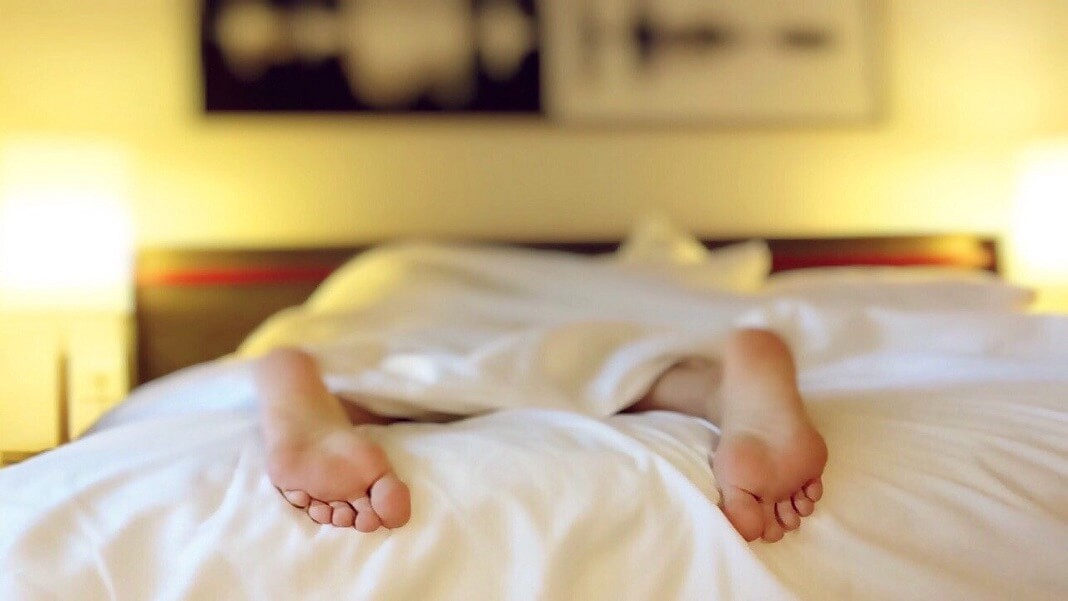 Sleep has become the latest frontier in the life-hackers’ battle for self-improvement. But how easy is to to rewire how you spend a third of your life? I took a 28-day crash course to find out.

For a long time, self-improvement was synonymous with a workaholic business culture that sought to constantly do more with less. That led to a culture of sleep-hacking that celebrated public figures who slept a handful of hours a night and books like Robin Sharma’s The 5am Club, which extolled the productivity boost of rising before the birds.

A growing body of research is challenging that narrative, though, with studies highlighting that sleeping too little can affect everything from productivity to mental health to propensity for obesity and diabetes.

And it appears that lessons from this research are increasingly creeping into the life-hacking zeitgeist. In much the same way there is a growing appreciation of the benefits of a four-day working week, people are starting to realize that swapping sleep time for work time may be a case of quantity over quality.

That’s led to a burgeoning market for sleep-focused gadgets and therapies designed to help us sleep longer and better and thus become happier, more productive members of society.

So, as someone who has long struggled with sleep, when I was offered the chance to take part in a 28-day sleep hacking course, I decided to see how easy it is to reset years of bad habits.

The course is a collaboration between life coaching app Mindvalley and Dr. Michael Breus, a sleep expert who counts celebrities like Oprah Winfrey, Arianna Huffington, and Dr. Oz among his customers, as well as top business executives. Using daily videos and exercises from Breus and a Facebook support group, the course is designed to give each participant a (somewhat) tailored program to help them sleep better.

As someone new to self-improvement and broadly skeptical of the bold claims made by such programs, I wasn’t expecting too much. But it turns out there are some fairly simple tweaks to your relationship with sleep that can have a significant impact.

At the core of the course is the idea of chronotypes—the notion that people’s circadian rhythms are different, but can be broadly lumped into groups. How these groups are delineated varies, but Breus splits them into early-rising lions, nocturnal wolves, light-sleeping dolphins, and bears who follow a conventional schedule.

Most sleep advice is one-size-fits-all, but the course specifically tailors recommendations to your chronotype, which is determined by a quiz early on.

The core nuts and bolts of the program are consistent waking and sleeping times, a morning routine that includes getting plenty of sunlight to shut off production of the sleep-inducing hormone melatonin, a “power down hour” designed to help you relax before bed, and some rules about when to stop consumption of caffeine (2pm), alcohol (2-3 hours before bed), and food (3-4 hours before bed) so they don’t impair sleep quality.

On top of that are more specific tips on diet, supplements, medicines, when to exercise, how to nap, relaxation techniques, and how to work your sleep around jet lag, bed partners, and infants. It also plugs a number of products like fancy pillows, blue-light blocking glasses, and light boxes, all designed to improve your sleep.

A combination of skepticism, miserliness, and having to fit my schedule with work, social, and family commitments meant that I did not implement all these extra suggestions. But the core elements of the course—following a regular routine in tune with your chronotype—were surprisingly easy to stick to and had rapid effects.

After years of trying and failing to be a productive early riser and feeling guilty about staying up late, being designated as a wolf and being told it was OK to go to bed at 1am and not hit my stride until late morning has been liberating. The course also helped do away with my often counterproductive obsession with getting eight hours a night; the amount of sleep required varies between chronotypes, with wolves generally needing substantially less.

After a couple of weeks my waking and sleeping times became more consistent, I started waking up naturally before my alarm, and both my mood and energy were markedly improved. More concrete markers, like the amount of work I managed to complete and my progress on other personal goals, also point to a boost in productivity.

Most of the information in the course will not be a surprise to anyone who has Googled sleep tips, but putting these kinds of tips into practice consistently isn’t always easy. In one of the weekly Q&A sessions, Breus said that at least part of the reason the course is 28 days is that this is how long it takes for the effects to become obvious and for the habits to set in.

Sticking to those habits is a work in progress. Since ending the course a series of important deadlines and foreign work trips have thrown my schedule into disarray. But the course has taught me that the ingredients for a good night’s sleep are actually fairly simple, and I’m confident I can get back on the horse.

A common theme running through the course was that if you want to sleep well you need to make sleep a priority. Given the potential upside for your productivity, mood, and general health, that seems like advice worth taking.