Synthetic ‘Skin’ Is Bringing a Sense of Touch to Virtual Reality 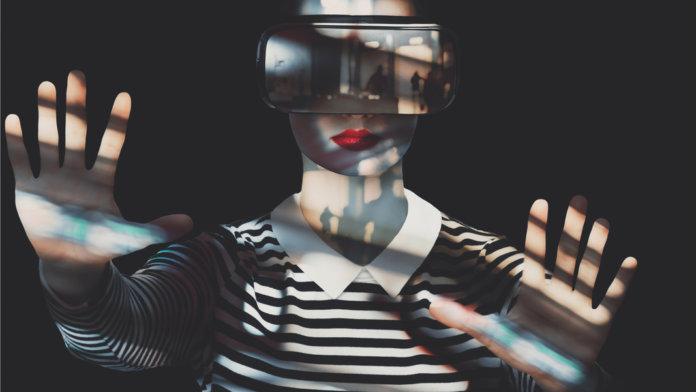 Virtual reality’s ability to create artificial worlds has come a long way in recent years. Now new technology could make those worlds even more realistic by simulating one of the most crucial ways in which we experience things: touch.

While they’re still struggling to gain commercial traction, the latest VR headsets are able to transport people to impressive virtual worlds. But the technology relies primarily on our senses of sight and hearing to create these illusions, which means they still lack realism.

A new lightweight, flexible, and wirelessly-powered synthetic skin could soon change that. Developed at Northwestern University, the 15-centimeter-square patch can be stuck onto any part of the body and uses actuators that vibrate against the skin to simulate tactile sensations.

“Virtual reality is a very important emerging area of technology,” John Rogers, who co-led the research, said in a press release. “Currently, we’re just using our eyes and our ears as the basis for those experiences. The community has been comparatively slow to exploit the body’s largest organ: the skin. Our sense of touch provides the most profound emotional connection between people.”

Haptic interfaces—devices designed to simulate physical sensations—aren’t new, and often rely on vibration to simulate sensory experiences. But they’ve typically been bulky and have used either large battery packs or wires to power them.

The key innovation with the VR skin was creating a vibrating actuator only a couple millimeters thick that can be powered with very little energy. That not only means the device is lightweight enough to stick to the body without falling off, but it can also be powered using the same kind of inductive charging found in wireless smartphone chargers.

The prototype device described in a recent paper in Nature features an array of 32 of these actuators sandwiched between soft flexible fabric that can stick directly onto the skin. Each actuator can be individually programmed and tuned to different frequencies to vary the strength of the sensation.

The synthetic skin is controlled wirelessly using a touchscreen interface on a smartphone or tablet that transmits tactile patterns to the patch. Currently, the device has to be kept within 30 to 50 centimeters of the antenna that powers it.

In an accompanying video, the researchers show how the device can be used to allow a mother to stroke her child while video chatting, provide a sense of touch to the user of a prosthetic arm, and even give the sensation of strikes to someone playing a combat video game.

At present, the device only produces fairly simple pressure-based tactile sensations, but the researchers hope the platform can eventually be extended to convey a wider range of sensations such as temperature changes or twisting sensations. Their ultimate goal is to create a VR suit that could provide a fully immersive VR experience.

They estimate that that would require roughly 1,800 actuators distributed evenly across the body, with even more to cover sensitive areas like the hands and face. This will require them to further miniaturize the components, but their simulations suggest they should be able to shrink the diameter and thickness of the magnet at the heart of the actuators by a factor of 10 and 3, respectively.

The patch developed at Northwestern isn’t the only recent advance in this area. Last month, Swiss scientists revealed a 500-nanometer-thick artificial skin made up of soft sensors and actuators that can be worn over the fingertips to provide real-time tactile feedback.

While it could be some time before the device becomes commercially available, it looks like virtual reality is about to become a lot more touchy-feely.