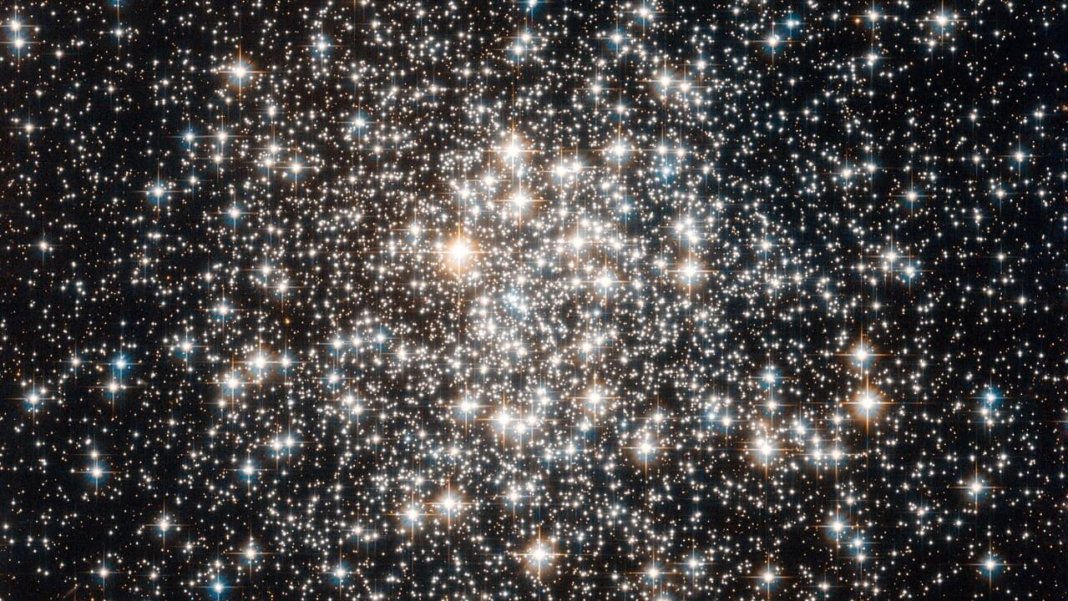 Humans are nowhere near an interstellar species. No Zefram Cochrane has emerged to make warp drive practical. No alien protomolecule has erected a gate to other solar systems at the edge of our own. In this particular reality-based space opera, humans have yet to travel beyond the moon, and getting to Mars is likely still years away (at least).

Yet, even as we speak, there are five spacecraft of Earthly origins bound for the stars. The two Voyager spacecraft and the pair of Pioneer spacecraft launched in the 1970s have achieved escape velocity out of the solar system. They’ll be joined in their interstellar voyage by the New Horizons spacecraft, which was launched in 2006 and flew by Pluto in 2015.

Though Voyager and New Horizons are still functioning, the Pioneers are long dead. In the years ahead, they’ll all go dark, doomed to silently fly the space between the stars for eons.

Eventually, they’re bound to encounter new suns and planets. Indeed, earlier this month, astronomers observed the second ever interstellar object hurtling through our own solar system. So when might our first interstellar emissaries similarly visit other systems?

Moving at what amounts to a snail’s pace by galactic standards, it’ll take the ships millennia to approach the closest stars. But if we extend our gaze into geologic time, it’s a different story. In a recent study, two researchers—Coryn AL Bailer-Jones of the Max Planck Institute for Astronomy and Davide Farnocchia of NASA’s Jet Propulsion Laboratory—did the math.

The study was first released earlier this year in the journal Research Notes of the American Astronomical Society (RNAAS) and more recently in the preprint (that is, non-peer-reviewed) journal, the arXiv.

Looking skyward on a dark night, what appears to be a frozen stellar tableau is in fact in ceaseless motion. The stars are moving relative to one another at speeds more than ten times faster than some of the fastest human-made objects in history. The Voyagers and New Horizons spacecraft, for example, are traveling well over 30,000 miles per hour, but our sun, which orbits the galaxy at a leisurely pace for a star, laps them at a clip of 450,000 miles per hour.

To predict which stars our first interstellar spacecraft will visit, one needs a three-dimensional star atlas in motion to compare each star’s trajectory with those of the spacecraft.

The European Space Agency’s Gaia mission is in the midst of assembling just such an atlas. Launched in 2013, the Gaia spacecraft is stationed at a Lagrange point just outside Earth’s orbit around the sun. The satellite is surveying a population of around a billion stars, and the latest dataset, released in 2018, includes position and velocity data for a subset of 7.2 million stars.

Using the Gaia dataset, Bailer-Jones and Farnocchia integrated the trajectories of these stars and the Voyager and Pioneer spacecraft to find the closest encounters in the next million years.

It’s Going to Be a Long, Lonely Trip

The authors found about 60 stars the spacecraft will approach over the next million years. Of those, they’ll come within 2 parsecs of about 10. The top five closest and most interesting encounters are outlined in a table, including binary systems and two separate visits to Ross 248 (Voyager 2 and Pioneer 10) about 8,000 years apart.

All four spacecraft will also visit Earth’s nearest neighbor, Proxima Centauri, but none will arrive for at least 16,000 years, and none will fly nearer than about a parsec. That’s a long time—though not by the study’s standards—and not a particularly close encounter.

A little perspective is in order. Space is big. Let’s start there.

The nearest approach of about 0.2 parsecs is the equivalent of over half a light year or 41,000 times the distance from the Earth to the sun. In our solar system, this is well beyond the orbit of Pluto, past the Kuiper belt, and nearly to the edge of the Oort cloud. The sun would look like a bright star at that distance; its gravity would be more of a suggestion than a demand.

In fact, though scientists theorize the Oort Cloud is the source of long-period comets, we have no direct evidence of its existence because its inhabitants are too small, dark, and distant to observe. At 0.2 parsecs, then, spacecraft like Voyager and Pioneer would be invisible to our astronomical instruments, just barely grazing the solar system before returning to interstellar space.

It doesn’t look likely any alien astronomers will observe Earth’s first four emissaries—let alone decipher the informational golden records and plaques carried by them—inside the next million or so years. (The study, by the way, is holding back on the fate of New Horizons pending potential new missions to Kuiper belt objects in the coming years. After New Horizons has made its final maneuvers, however, the scientists can similarly plot its course through the stars.)

A Million Years in a Blink

A million years is the blink of an eye on the cosmic calendar. In geologic time, or deep time, there’s a season for all things. Currently lacking the data to look farther ahead, Bailer-Jones and Farnocchia fall back on probabilities for stellar encounters, which match those of most stars, saying the spacecraft are likelier to have much closer visits the longer the timescale. Give it five million years, and it’s statistically likely the spacecraft will pass within 0.1 parsecs of a star. Go further into the future and they may well make close flybys like the two we just had from the first two observed interstellar objects to enter our solar system (the surprising Oumuamua last year and the comet Borisov this year).

Will the spacecraft ever collide with a star, thus ending their travels permanently? Maybe. But if so, it won’t likely be for a long, long, long time—like, nearly twice the current age of the universe. So, even if our species is gone, our spacecraft will wander on. And maybe one of them will find its way into the “arms” of some other civilization, who’ll unpack a Voyager Golden Record, marvel at the bizarre anatomies of us ancient aliens, and get a kick out of Chuck Berry singing “Johnny B. Goode.”