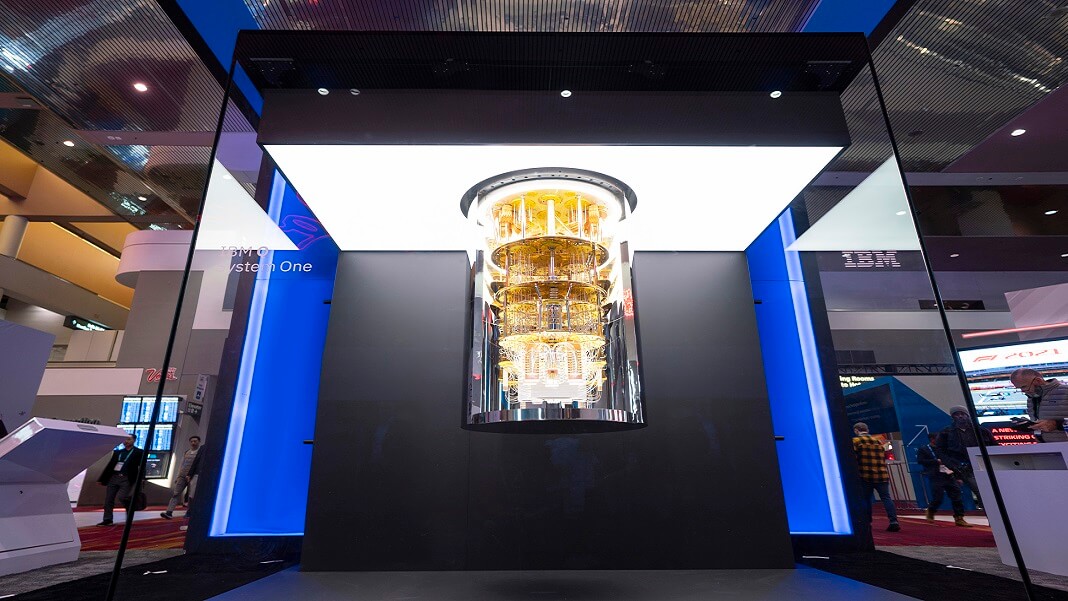 Batteries are the key to decarbonizing both transport and the grid, but today’s technology is still a long way from living up to this promise. IBM seems to have decided its computing chops are the key to solving the problem.

Lithium-ion batteries are still the gold standard technology in this field, and they’ve come a long way; 10 years ago they could just about get your iPod through the day, today they can power high-performance cars over hundreds of miles.

But if we want to reach a point where batteries can outperform gasoline or store huge amounts of solar energy, we need some breakthroughs. So IBM has teamed up with Mercedes-Benz and its parent company Daimler to develop new batteries that could match up to our needs.

At the annual Consumer Electronics Show (CES) last week, they demonstrated a proof-of-concept showing how IBM’s quantum computers could help design cutting-edge solid-state batteries. At the end of last year they touted a new battery made from materials that can be extracted from the sea, which outperforms today’s technology across the board.

The latter breakthrough was met with some skepticism, because the company chose to announce it via a blog post rather than published research. But while crucial details regarding the exact composition of the battery have been left out, the claimed specs are impressive.

IBM says its battery combines three new materials (which it hasn’t disclosed) that can be optimized for a host of different characteristics, including lower cost, faster charging time, higher power and energy density, energy efficiency, and low flammability.

When configured for high power it can charge to 80 percent in just 5 minutes, which would make charging an electric vehicle as simple as filling a gas tank. It can also match the energy density of state-of-the-art lithium-ion batteries, but outperforms them when it comes to power density, which will be crucial for applications like electric planes that require big bursts of power. The chemistry can also be tweaked for long life cycle, which is crucial for grid storage.

IBM was keen to stress that unlike most existing batteries, this new design contains no heavy metals, like nickel or cobalt, that are extracted in environmentally damaging ways and often under questionable working conditions. The researchers say the materials could even be extracted from sea water, though that would likely require development of new technology.

The researchers told IEEE Spectrum that they have teamed up with with Mercedes Benz R&D North America, Japanese chemical company Central Glass, and battery startup Sidus to start commercially developing the battery, which could come to fruition in one to two years.

And that’s not the only collaboration IBM has going with the German car maker. Scientists at IBM and Daimler have joined forces to uses the computing giant’s quantum computers to probe the properties of three molecules that could form in the operation of lithium-sulfur batteries.

This battery chemistry promises to be more powerful, longer-lasting, and cheaper than lithium ion technology and could also make it possible to create solid-state batteries that are, in theory, lighter and more compact. But it’s still experimental at this stage, and there are plenty of mysteries about how all the components interact.

Simulating the three molecules will help us better understand how their behavior will affect important properties like energy storage and discharge, but it can take huge amounts of computing power. Quantum computers hold the promise of doing these kinds of simulations much more efficiently.

However, this piece of research was more of a proof-of-concept than a breakthrough in battery design, the researchers say in a blog post, as the simulations were run on both quantum and classical computers and compared. The quantum simulations came out favorably, which suggests that as IBM’s quantum processors become more powerful they will be able to make fundamental progress in battery design.

How soon that will be remains uncertain, but if we’re banking on battery breakthroughs to solve the climate crisis, it’s good news that Big Blue is on board.