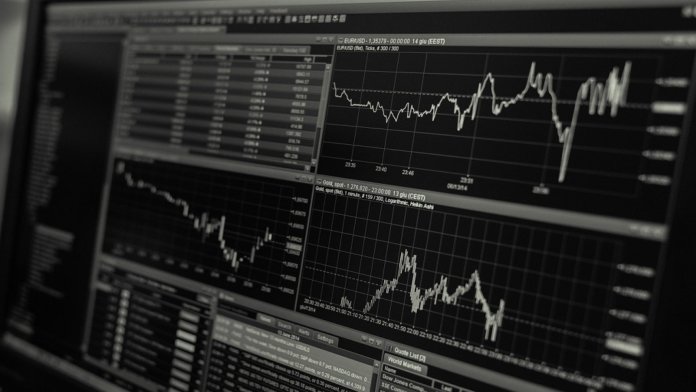 Every day, roughly 60 percent of all market trades are made by computer. When the market turns volatile, this can climb to as high as 90 percent. Robo-advisors are increasingly making this process available to the consumer, saving them time and money as a result.

With humans no longer in the transaction chain, fees are slashed. Undercutting the typical 2 percent cut of profits (not to mention 20 percent incentives) charged by a wealth manager, most robo-advisors take around 0.25 percent. And AI is inserting itself into almost every aspect of the financial world.

“Fintech” describes the convergence of technology and financial services. First colonized by networks and apps, it was then radicalized by AI and blockchain, and now underpins a global wealth redistribution mechanism.

Today, we’ll discuss the ways in which AI algorithms are already massively disrupting financial systems across the globe.

This gave rise to a company called TransferWise. By matching customers who have, say, pesos that they want to turn into dollars with customers who want to change dollars into pesos, TransferWise is using a modified dating app to take on the entire foreign currency exchange market. In fact, the company reached a $3.5 billion valuation in under five years.

Built on networks and apps, TransferWise is also an example of fintech’s colonization wave. The radicalized wave arose when AI entered the picture.

Consider the age-old practice of “Buddy, can I borrow a dollar,” otherwise known as peer-to-peer lending. Traditionally, this is a high-risk practice—which is to say, Buddy rarely gets his dollar back.

This problem only gets worse with scale. As villages turned into towns, towns expanded into cities, and cities began to sprawl, neighborly trust broke down. That’s where banks came into play—they added trust back into the lending equation.

But who needs trust when there’s data?

With AI, huge groups of people can come together, share financial information, and pool risk, becoming the peer-to-peer market now known as “crowdlending.”

With this method, they can approve a peer-to-peer loan in under eight seconds, including micro-loans to the unbanked.

And the results speak for themselves. Roughly 1.5 to 2 million loans are taken out every month via Smart Finance.

AI is also making an impact on investing.

Traditionally, this game was played by the wealthy as it is a game of data. Financial advisors had the best data, but you needed to be wealthy enough to afford a financial advisor to access it.

And advisors are picky. Since it can take more time to manage small investors than large investors, many wealth managers have investment minimums in the range of hundreds of thousands of dollars.

But AI has leveled the playing field.

Today, robo-advisors like Wealthfront and Betterment are bringing wealth management to the masses. Via an app, clients answer a series of initial questions about risk tolerances, investment goals, and retirement aims, and then algorithms take over.

Actually, algorithms have already taken over.

As mentioned earlier, up to 90 percent of market trades are made by computer. All robo-advisors have done is make the process available directly to customers, saving them money in the process. Instead of the typical 2 percent of profits (and 20 percent incentives) charged by a wealth manager, most robo-advisors take around a quarter of a percent.

And investors are responding.

As of January 2019, Wealthfront had $11 billion under management, while Betterment stood at $14 billion. While robo-advisors still account for only roughly 1 percent of total US investment, Business Insider Intelligence estimates that number will climb to $4.6 trillion by 2022.

The Death of Cash

Finally we come to our last category, using money to pay for things.

But we already know this story. When was the last time you dropped coins into a toll booth? Or paid cash for a cab ride? In fact, Uber and Lyft allow us to get around a city without a wallet. Cashier-less stores with services like Amazon Go and Uber Eats and wallet-less pay mechanisms are about to become the new normal.

Denmark stopped printing money in 2017. The year prior, in an attempt to expand mobile banking and demonetize the country’s gray-market economy, India recalled 86 percent of its cash. Vietnam aims to make retail 90 percent cashless by 2020. And Sweden, where over 80 percent of all transactions are already digital, is almost there.

Economists often point out that two of the main factors driving economic growth are the availability of money—the stockpiles we can draw upon—and the velocity of money, or the speed and ease with which we can move that money around. Both of these factors are being amplified by exponential technologies.

As our transactions shift to the digital realm, more data on spending habits can be collected and fed to AI algorithms that continue to learn based on real-time input. This information will educate marketing campaigns, credit records, and investment goals.

What, exactly, do we do with our money?

We store it, of course. Mostly in banks. We also move it around, sometimes transferring cash between companies, other times borrowing or lending among individuals. Next, we invest it, attempting to use our money to grow more money. Finally, since the time coins were conch shells, we trade it for the stuff we want.

Thanks to converging exponentials, each of these areas is being reimagined, with bits and bytes replacing dollars and cents. And neither contemporary economics nor the way we live our lives will ever be the same.

(Both A360 and Abundance-Digital are part of Singularity University — your participation opens you to a global community.)