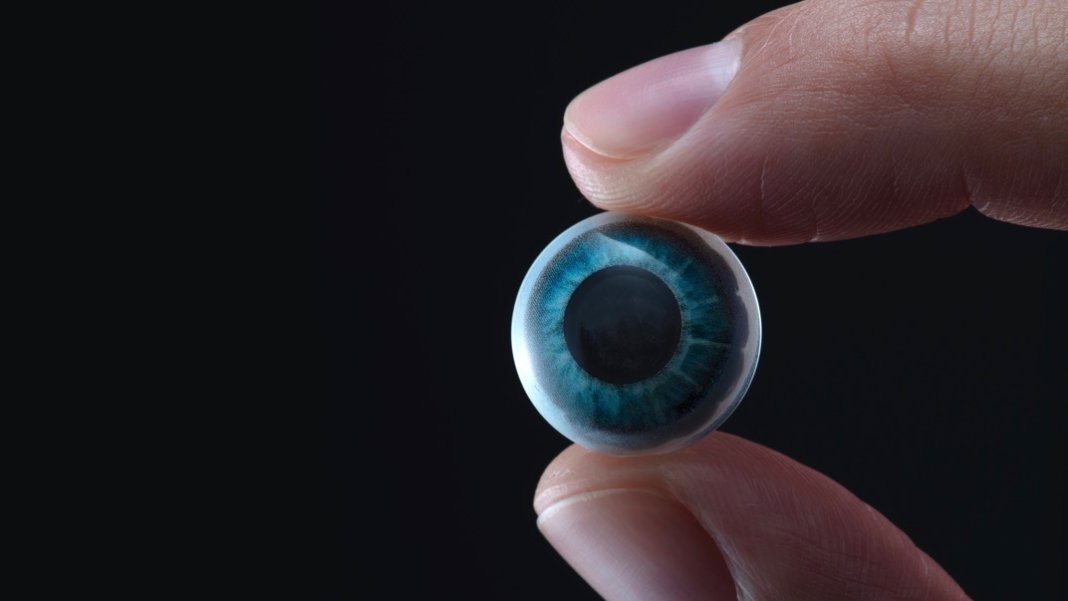 The digital world has been creeping closer to your face. Was a time when a laptop was about as personal as you got with a computer. Then came smartphones, and a few years later, some of us started strapping screens to our heads. Now, in what must be the penultimate step to tapping brains directly, the world has a working digital display in a contact lens.

After years of quiet research, startup Mojo Vision demonstrated their augmented reality contact lens to select journalists at CES and then, yesterday, broke the news officially to a flurry of articles and first-hand accounts.

The Digital World Straight to Your Eyeballs

The research origins of the Mojo Lens date back to 2008. But even when the company was founded in 2015—with engineers from Google, Amazon, Microsoft, and a list of other big tech companies—much of the technology still had to be “called in from the future.”

Though the Mojo Lens is very much still a prototype, some of the details are pretty mind blowing. The MicroLED display, which sits slightly off the surface of the eye at the center of the lens, is perhaps its most marvelous feature. There are no fewer than 70,000 pixels packed into an area the size of a grain of sand. That’s 14K resolution (for those of you with a paltry 4K TV).

Revealed previously, the display was the first clue Mojo was working on something special. There was speculation back then that the company, which said it was building an AR platform, was actually working on a contact lens (though Mojo would neither confirm nor deny it at the time).

The lenses themselves aren’t the soft, disposable kind. They’re hard scleral lenses and will have to be used over and over, which means they’ll sit wirelessly charging in a bath of disinfectant each night. The lenses will also have to be replaced annually, according to the company (no word on cost yet).

Currently, the display is the primary piece of technology being demoed, but Mojo is already working to embed other electronics, like image and motion sensors, radios, and batteries. A product development roadmap shows the lenses gaining more and more electronics, version to version, with a final product including a painted iris to camouflage the lot.

At CES, the company gave journalists two demos, one of the contact lens itself (though no one was allowed to put it in their eye, for obvious reasons) and one of a future operating system (in VR only, for now).

The former showed a simple, green Google-Glass-like display that scrolled pre-loaded information, such as a text from a friend and the weather. (One pretty useful app might be a digital teleprompter for your eye to aid public speaking.) Then, in a dimly lit room, the prototype used edge-detection to outline traffic signs and people. Meanwhile, the operating system showed off future functionality, such as eye-tracking, to allow users to navigate a simple menu on the periphery by looking at an arrow icon that then enlarges information.

The end goal is to make Mojo Lens a pair of basically invisible, high-fidelity, wireless displays that deliver the digital world straight to your eyeballs, and the company has raised over $100 million to make it happen. At present, however, there’s a lot more work to be done.

This Is Not For You

We all still remember Google Glass and Magic Leap. At least, Mojo and many tech writers do, because the press campaign for the prototype lens was relatively restrained and the subsequent coverage has been suitably amazed but also politely (or outright) skeptical.

Though they were based on cool new technologies with plenty of potential, early AR headsets that overpromised and aimed at the mainstream have since ratcheted back expectations. The future vision is still compelling, but the reality is that it takes time to refine designs and find worthwhile applications.

“We didn’t want to get overhyped and show something that was just vaporware,” Sinclair told CNET.

Instead of targeting the world at large and marketing an exciting but early piece of technology with slick concept videos, Mojo is opting to go after niche markets—which AR headsets like Google Glass and Magic Leap have also pivoted toward—and waited until they had something solid to announce with clear next steps.

“We’re really confident about this working,” Sinclair said. “That’s why we’ve come out of stealth, because we’re seeing all the pieces coming together into a product that does everything we want it to do.”

While there are some tech geeks out there that will want these lenses yesterday—and no doubt plenty of digital skeptics who think our screen addiction is quite personal enough already—few of them will be able to try a pair for years to come.

Mojo says their first priority is to help the people who need it most.

Already designated an FDA Breakthrough Device to speed approvals (which, unlike glasses, are necessary for contact lenses), they’ll aim their product at folks with severely impaired vision. The lenses will use edge detection to highlight people and things and a zoom function to enlarge objects. The next step may be special applications in professions where hands free information is critical, like firefighters coordinating a rescue in a burning house.

Only after these steps will Mojo move on to a product the average person might wear.

This cautious approach is merited and likely influenced by recent events in the space. Other smart contact lenses, such as Verily’s glucose sensing lens, haven’t made it out of the research phase. And questions of privacy, design, and safety will have to be answered for the product to be accepted and widely adopted. All of which may take a while.

The Next Great Interface (Is Still in Development)

In 2012, legendary video game developer John Carmack strapped a pair of duct-taped ski goggles onto a line of awed journalists at the E3 gaming conference. Inside the goggles—which had been invented by 19-year-old engineer and VR enthusiast, Palmer Luckey—was a digital world that shifted with your gaze, just like the real world would. It was immersive VR, the best yet for a product of its size and cost, and resulted in the $2 billion acquisition of Oculus by Facebook.

That story is now enshrined in tech lore. A kid, a garage, a prototype that sets the world on fire.

Recently, we’ve seen high-quality VR headsets go wireless, do away with costly gaming laptops, and even morph into steampunk glasses. But the latest generation of VR is still working out its potential almost a decade after its birth.

Likewise, the Mojo Lens isn’t an imminent consumer product, and because the lenses go in your eyes, the hurdles ahead are a lot higher than those faced by makers of VR headsets.

Clinical trials won’t begin for a couple of years, and the company plans to hold off on a mainstream offering until after its work with the FDA and niche industry applications. There are some, too, who wonder whether hard scleral lenses make sense for the general public beyond medical use, both in terms of comfort and care (keeping them clean, especially). If a mainstream version needs flexible components, it might be a long wait indeed.

Still, the Mojo Lens is a real and tangible step forward. A prototype, yes, but a prototype showing that key components, like displays, sensors, radios, and chips, can now be made small and efficient enough to be combined on a contact lens.

It may well be the starting pistol in a race to AR on your eye. And however long the race takes or whatever the future holds for Mojo specifically, that’s a pretty wild thought.