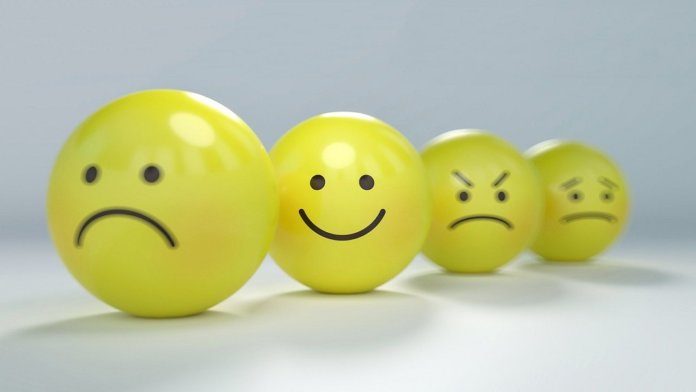 Psychiatry has formulated well-tested questionnaires to diagnose depression. But these tests require patients to reach out and only provide snapshots of their disorder in time. The trajectory of depression can massively vary depending on sex, age, and socioeconomic status, as can the course of treatments. Although the first anti-depressants were developed more than 70 years ago based on brain chemistry, we still don’t really understand the disease. Some people get better; many don’t.

To Silicon Valley, the answer to solving depression is data. After all, most anti-depressant trials only recruit up to thousands of people. With digital health, anyone with a wrist wearable or smartphone could potentially contribute in the largest studies ever attempted by mankind. And if depressive symptoms correlate in any way to a “digital finger print”—how someone physically interacts with their smartphone, for example—these massive studies, combined with AI and sheer computing power, have the ability to find out.

The vision isn’t fantasy. Last month, Google’s former healthcare division, Verily, announced a new study seeking participants to help transform your smartphone into a mood predictor. The initiative is part of Verily’s Project Baseline, which aims to construct a “Google Earth”-esque birds-eye view of human biology in health and disease. If all goes as planned, the Mood Study could uncover “more objective measures of depression” using smartphone data from thousands of people alone.

Verily faces some fierce competition. Using wristbands, apps, and other digital wearables to predict negative moods—depression, post-traumatic stress disorder, or suicide—is one of the fastest burgeoning efforts in consumer health science. “Mood forecasting” hopes to bring old-school questionnaires into the new decade. By continuously tracking data from individual patients, the reasoning goes, it will be possible to understand mental illness across timespans and treatments, and one day predict episodes of sadness before symptoms arrive.

When Verily first announced Project Baseline in 2017, people didn’t know what to make of the beast. The idea is simple yet preposterous: rather than relying on traditional clinical trials, the project wants to crowdsource data from at least 10,000 participants to map the landscape of human health.

The sheer scale and scope of the project immediately raised eyebrows. What’s the endpoint? Who benefits? Will Verily tackle diseases, or will it be a “collect all” approach? Can we trust a towering for-profit tech giant with our precious health data?

Yet it’s impossible to ignore that Project Baseline had foresight. By “updating” traditional healthcare research into the digital age, Verily was one of the first companies to leverage big data, collected continuously in the real world, to unleash a new paradigm of healthcare research. Why pay for clinical trials if people volunteer their data? Why settle for a few hundred participants, when in theory you can reach millions?

A powerful success case along this vein is 23andme, the consumer-targeted DNA company. By sequencing various spots on the human genome, the company gained access to an incredibly massive database of human genomic data to the tune of over 10 million people. When combined with health questionnaires, gamified through their app, 23andme was able to uncover insights that led to a recent drug candidate for inflammatory knee diseases, now licensed to Spanish pharmaceutical company Almirall.

Today, tech giants are readily exploring healthcare as their next big leap. Alphabet (Google and Verily’s parent company), Amazon, Apple, and Microsoft are all zeroing in on specific areas within healthcare, with the hope of digging a niche for their services. Microsoft, for example, dropped its wearables to focus on health record systems; Apple is hopping onto the wearables train, whereas Amazon stretches across the board from pharmacy to medical supplies to telehealth.

Yet Verily’s Project Baseline Mood Study stands out, particularly because of a strong record in exploring mood biomarkers. And Google’s recent health data scandal aside, Verily has been a trusted partner in several large healthcare projects as a data collector for studying the human microbiome and sleep. “Digital phenotyping” to uncover symptoms of mental illnesses is perhaps a logical next step.

The study’s design is simple: over 12 weeks, volunteers will contribute information about their feelings and behaviors through simple Q-and-A surveys over an Android smartphone app (iPhone crowd: sorry, you’re out). Additional “passive smartphone data,” such as environmental contexts, activity levels, location, and phone usage will also be collected—for example, screen or network use. It’s yet unclear how these data will be used to analyze mood, but previous efforts from other companies have shown that even swiping patterns on a screen can predict mood shifts.

A Weatherman for Mood

The million-dollar hope is to mine unprecedented amounts of data to better understand depressive episodes—and predict them before people sink too deep.

Verily is hardly the only company working towards this vision. Mindstrong Health, a Palo Alto-based startup that boasts Jeff Bezos’ VC support and stellar leadership, has been a notable voice pushing the frontiers of smartphone-based digital health. By analyzing a person’s swipe patterns on a smartphone screen, the company claims that its app can predict how someone will feel next week—a sort of weather forecasting for the mind. Mindstrong’s lead Dr. Tom Insel served as head of the National Institute of Mental Health and joined the company after a short stint at Verily. The two companies’ relationship isn’t pure competition: back in 2017, they both joined an NIH-funded PTSD study, Aurora, to manage health data.

Similarly, Dr. Rosaline Picard at MIT is leading trials to track mood using a wrist wearable that measures skin conductance, which changes with stress and other mood predictors. Her team’s efforts have already been validated in hundreds of university undergraduates, with the watch capable of predicting sadness episodes a day before symptoms arrive.

The promise of building digital weathermen for mood is tantalizing. But will it work?

So far, few mood initiatives using big data have released any results in peer-reviewed publications, and for now trust mainly relies on the companies’ word. Not everyone is buying into the digital utopia of predicting depression. Some worry that the trials haven’t considered all the implications of informing users of an imminent emotional breakdown—would it become a self-fulfilling prophecy? Similarly, others question if such warning can actually do more harm. Will the data one day be used in a dystopian-like society, where insurance companies track their customers’ mental health status or people receive unwanted ads tailored to mood downswings—“buy this supplement and you’ll feel great!”

Then there’s the individuality of mood swings. Advice given to one person in a particular manner might not help others. Talking to friends, for example, might help some but inversely affect others.

Despite these worries, however, it’s clear that academics and tech companies are both striving for the digital health revolution. MIT’s Picard sees these efforts as worthwhile: “Clinical depression is often emotional death by a thousand cuts. If we can help to identify the many little things that weigh us down over time and drive us into a perpetual sorrowful state, we can make a big difference.”

To Verily, the fundamental focus is to personalize depression diagnosis and care. “We envision that one day a person’s unique digital footprint could be used to recommend a personalized, data-driven care path that is most likely to work for that individual,” said Collin Walter, mental health product lead at Verily.