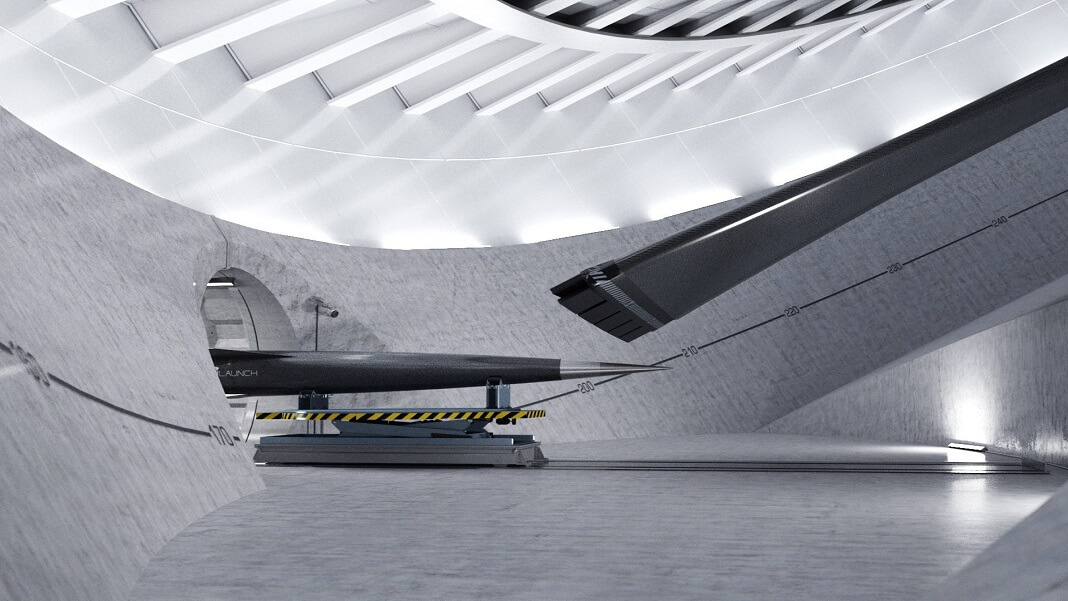 The rapidly falling cost of getting into orbit has spurred a boom in the space industry as a host of new applications become economical. Now a secretive startup plans to slash the cost to just $250,000 by flinging rockets into space rather than firing them.

Over the last decade, the pioneering work done by SpaceX has shown that getting stuff into orbit doesn’t need to be so expensive and that there are viable business opportunities to be had in the private space industry. Combined with advances in satellite technology, there’s now a thriving market for small, inexpensive spacecraft in low-Earth orbit doing everything from remote sensing to delivering broadband internet access.

But while costs have fallen dramatically, the cheapest option for reaching low-Earth orbit—a rideshare on SpaceX’s Falcon 9—still starts at $1 million, and launches only happen twice a month at best. California-based startup SpinLaunch says its technology will allow up to five launches a day for as little as $250,000 by slashing the amount of fuel—and therefore weight and cost—it takes to get to orbit.

The company has held its cards close to its chest since its founding in 2014, but last month it gave Wired a close-up look at its ambitious plans. The idea is to build a centrifuge the size of a football field that will spin a rocket around until it reaches a speed of 5,000 miles per hour and then release it into the void.

So far the company has built a prototype about 12 meters across that has managed to get an 11-pound projectile up to 4,000 miles per hour, but they are now in the process of building one three times bigger at New Mexico’s Spaceport America. They hope it will be able to launch 110-pound test vehicles on suborbital flights by the end of this year.

The centrifuge consists of an electrical motor that spins a long arm made of kevlar and carbon fiber. A launch vehicle is attached to one end with a counterweight on the other side, and they’re spun around in a partial vacuum to avoid air resistance. The centrifuge slowly ramps up the speed over the course of about an hour, and then when it’s at peak velocity, the rocket is released and an airlock opens for a fraction of a second to let it fly out of the launch tube.

Even these high speeds won’t be enough to get all the way to orbit, so the rocket will have engines that will kick in at 200,000 feet. But because the air is so thin at this altitude, it will only require about a minute’s worth of burn, drastically reducing the fuel bill. SpinLaunch has already built a 25-foot test model of the launch vehicle, which it says will be able to carry a 200-pound satellite.

The company has raised $80 million and has some big-name backers, including Airbus Ventures, Alphabet’s venture capital arm, and Kleiner Perkins. It’s also secured a contract from the US Department of Defense under a program aimed at developing the ability to launch satellites at very short notice.

Unsurprisingly, though, there is skepticism. Some professors in aerospace engineering that Wired spoke to raised doubts over whether rockets and satellites would be able to withstand the incredible g-forces—10,000 times stronger than gravity—that they’d be subjected to in the centrifuge. Others have suggested the transition from the centrifuge’s vacuum to the much denser atmosphere outside as the rocket is released could be like hitting a brick wall.

Founder and CEO Jonathan Yaney told Wired they’ve tested all kinds of components in the centrifuge, including radios, batteries, GPS modules, and even an iPhone, and they’ve all survived. He did admit that the launch vehicle will be more like a missile than a rocket and some components may need to be “ruggedized,” but Juan Alonso, an aerospace engineering professor at Stanford who did due diligence for one of the investors, says their math checks out.

There’s still a long way to go, though, and in the meantime there are plenty of other players trying to muscle into this space. The price of SpaceX’s rideshares continues to fall and RocketLab already provides dedicated small-sat missions for as little as $5.7 million with a payload capacity of up to 500 pounds.

Startup Astra is also aiming to do daily launches of up to 450 pounds for just $2.5 million, and that price could fall to as low as $1 million. That’s not to mention Virgin Orbit’s LauncherOne, Firefly’s Alpha, Ariane Group’s Vega C rocket, and India’s Small Satellite Launch Vehicle, which could all debut this year.

Whoever the winners are, it looks like low-Earth orbit is going to be getting pretty crowded.

Image Credit: Rendering of the inside of a centrifuge. Image courtesy of SpinLaunch

Update (2/15/19): The article previously stated the prototype is about 12 yards across, however, the prototype is 12 meters across. The centrifuge was described as taking a few hours to get up to speed, but the time is about an hour.