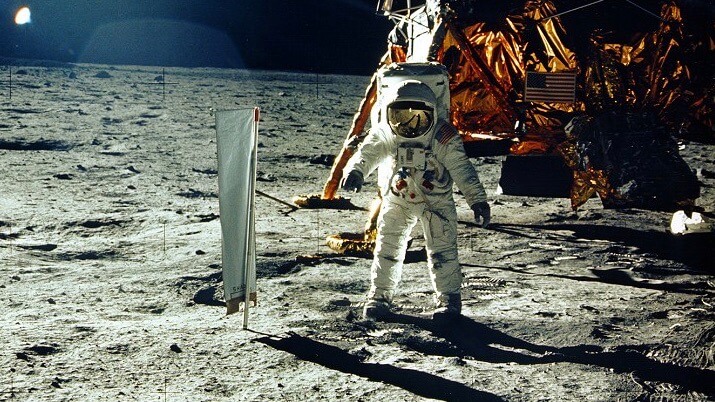 Comparing today’s computers to their famous ancestors is a popular pastime.

As we celebrated the 50th anniversary of the moon landing last year, the Apollo Guidance Computer (AGC) became a particularly juicy target. The analysis, of course, showed just how much more powerful the chips used in common smartphones are than the computers that got us to the moon. Not too shocking, but amazing nonetheless.

For fun, Forrest Heller, a software engineer at Apple who previously worked on Occipital’s Structure 3D scanner, thought he’d cast around for a different comparison. How would far more basic chips, say, the ones in USB-C chargers, compare to the AGC?

Heller took a deep and detailed look and came to a fairly startling conclusion—even these modest chips can easily go toe-to-toe with the computer that got us to the moon.

Let’s start with the caveats.

No USB-C charger on the market was designed to survive space travel. Goes without saying, but hey. Also, Heller says he didn’t dive into how many external devices the AGC supported, and he’d have to do more digging to find out if his chosen charger’s chip would satisfy Apollo’s needs (not to mention 1960s-era voltages might be too high for it). Finally, as is often the case in space-rated devices where the price of failure is high, the AGC had a lot of redundancy built in (it ran calculations three times). Heller decided to leave this redundancy out of his final conclusions (though he may return to it).

So, how do the two stack up?

Heller looked at three USB-C chargers and chips and ultimately chose the most powerful, the Anker PowerPort Atom PD 2 and its Cypress CYPD4225 chip, for his thought experiment. Given the decades separating one from the other, the comparison is not at all straightforward. Much of Heller’s work is in making the conversion. (For the technically inclined and curious, be sure to read his post for a detailed blow-by-blow.)

Here are the highlights: Heller found the CPU in the Anker charger is 563 times faster than the Apollo 11 Guidance Computer. Which is impressive, but speed isn’t all, Heller notes. NASA scientists opted for memory over speed. A small delay was worth the ability to load a bigger, more useful program. That is, the computer’s capability trumps speed.

And here, Heller found the two are a bit more comparable.

The Anker PowerPort Atom PD2 has a little over twice the RAM and can store up to 1.78 times more instructions than the AGC. That means that while no charger bought stock on Amazon is ever going to send astronauts to the moon, in theory, you could load an equivalent software package to perform the tasks required by the Apollo spacecraft.

All those caveats in mind, Heller concludes you’d only need the computing power of four of these Anker USB-C chargers—one for each of the three computers on the command and lunar modules and one for the computer riding the Saturn V booster—to get to the moon.

Now, this isn’t to slander the Apollo Guidance Computer. Not at all. The AGC was amazing.

It was one of the first and most significant computers to use silicon integrated circuit chips—the same basic technology behind the chips we use today—and was about the size of a few shoe boxes when computers were rooms packed with vacuum tubes. Without the AGC, no human pilot could have kept the Apollo spacecraft on course to the moon and back. Probably most incredible was how much it did with how little. You might say a USB-C charger is the opposite: Notable for how little it does with how much.

And that’s really the point, isn’t it?

Computers were rare and lovingly handcrafted back then; now they’re a commodity. Which is why you can put the equivalent of NASA’s moonshot computer in a wall charger and sell it for $54.99. It’s why 7 of the world’s top 10 public companies by market capitalization make a living navigating and adding to an ocean of computation, and Microsoft, Apple, Amazon, and Alphabet alone are worth almost $5 trillion on the open market.

So, due respect to the original. And with so much more power at our fingertips, let’s remember the AGC and make the most of all that potential to do awe-inspiring work.