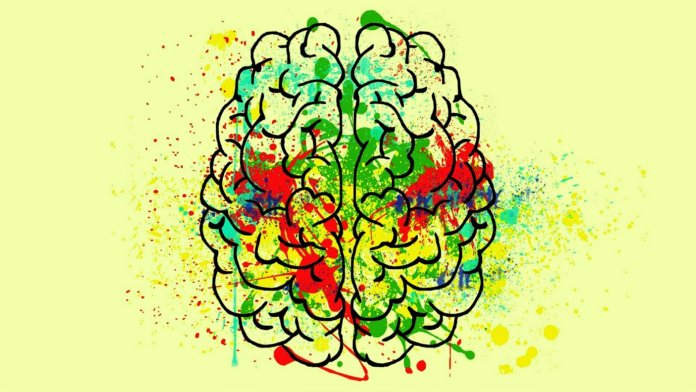 In 1991, a devastating car crash left 32-year-old Munira Abdulla with severe brain injuries and in a deep coma. Doctors thought she had no chance of recovery. Yet her story blew up when, miraculously, her brain somehow “rebooted” nearly three decades later. Although disoriented, she was able to call out her son’s name and engage in familiar prayer rituals.

Munira’s case is extraordinary. Regaining awareness after long periods of “minimal consciousness,” where she showed intermittant signs of basic consciousness, is already exceedingly rare. Recovering from a long-term vegetative or completely unresponsive state is nearly impossible.

But what if there’s a way to “jump start” a comatose brain?

It’s a radical idea. We don’t know how simple electrical spikes in the brain give rise to our enormously rich, detailed, personal repertoire of internal and external experiences. And even though theories of consciousness abound, fundamentally we don’t know where exactly in the brain to hunt for the neural correlates of consciousness (NCC)—the basic brain circuits needed to support awareness—much less manipulate it.

That’s set to change. This week, a groundbreaking study in macaque monkeys offered some of the strongest clues yet to the seat of consciousness in the brain.

Built on decades of previous research, a team from the University of Wisconsin-Madison teased out a tiny chunk of brain tissue within the thalamus, a nub above the brain stem, as a critical part of NCC. As proof of concept, they gave it several bouts of electrical shocks, and restored awareness in unconscious monkeys under heavy anesthesia.

The crux? As soon as the electrical stimulation stopped, the monkeys’ awareness also slipped away.

Although the thalamus has long been thought of as somehow involved in supporting consciousness, the study is one of the first to pinpoint exact neural circuits—highways between the thalamus and parts of the cortex—as “switches” for consciousness that we can control using brain stimulation. And that’s wonderful news for comatose patients.

“The overriding motivation of this research is to help people with disorders of consciousness to live better lives,” said study author Michelle Redinbaugh. “We have to start by understanding the minimum mechanism that is necessary or sufficient for consciousness, so that the correct part of the brain can be targeted clinically.”

The battle to uncover the seat of consciousness is so heated that different teams are literally pitting theories against each other in a mano-a-mano trial that kicked off last year. Yet even with formidable divisions, most teams agree that recurrent, bi-directional conversations between different brain regions is necessary to support consciousness.

Here’s where the thalamus comes in. The thalamus is like the Grand Central Station of the brain. Its vast connections to the cortex, the outermost blanket of the brain, allow it to rapidly exchange all sorts of information, such as relaying sensations or movement signals for further processing. Thanks to these dense connections, the thalamus immediately popped out as an indispensable part of the consciousness machinery.

A 2007 study drove the idea home: when a 38-year-old minimally conscious man received electrical stimulation in his thalamus, he regained awareness and basic functions after six long silent years.

Yet the rich connections in the thalamus also pose a massive problem for brain stimulation: which circuits should we target? One jumble of nerves could reach to certain layers of the cortex and control awareness; others could make you feel pain or like you’re freezing (no joke). If we’re to control our own conscious states, the first step is to tease out specific wonky circuits hidden among millions of tangled neural cables.

That’s what the new study set out to do.

Using macaques as a model for human brains, the team first inserted multiple electrodes to simultaneously record from many brain regions associated with consciousness. Based on previous studies, they focused on a specific region of the thalamus dubbed the central lateral thalamus. Damage to the CL is closely linked to disorders of consciousness, and it connects to both outer and deeper regions of the cortex also involved in awareness.

“We decided to go beyond the classical approach of recording from one area at a time,” said senior author Dr. Yuri Saalmann. “We recorded from multiple areas at the same time to see how the entire network behaves.”

The team then monitored brain activity patterns in monkeys while they were awake, sleeping, and under anesthesia, and teased out neural information traffic in different highways of connection between the thalamus and cortex. This allowed the team to loosely capture what activity patterns look like between the central lateral thalamus and cortex when the animal is awake versus unconscious—an electrical fingerprint of consciousness, so to speak.

Next, using a technique called deep brain stimulation, they used electrodes to manually deliver the electrical fingerprint to the central lateral thalamus in monkeys fully unconscious from anesthesia. Incredibly, when the zaps came at 50Hz—the speed of a firing central lateral neuron—the monkeys woke up. Their eyes opened, their expressions changed, and they reached out their arms as if grasping or stretching. They also responded to external touch and unusual sounds, suggesting a high level of awareness—even as the anesthetic drugs were still dripping into their veins.

“They acted just as they would if they were awake,” said Saalmann.

In another test for awareness, the team monitored the monkeys’ brain waves using EEG while playing them regular sounds with “oddball” noises randomly mixed in. The anesthetized monkeys’ brains reacted similar to those of monkeys that were fully awake. That is, until the stimulation was turned off.

A Clue to Consciousness

The team also tried stimulating other regions in the thalamus at different frequencies, but none achieved the same bombshell results as the central lateral thalamus (CL).

These data don’t just support the CL as a necessary part of the brain’s consciousness machinery, but may also explain why deep brain stimulation in the thalamus doesn’t always work in patients with coma. Zapping the general areas isn’t enough; you need to pinpoint the electrode to the CL.

“[The CL] is a very tough area to target,” explained Saalmann. To make it work in monkeys, the team had to redesign the electrodes, so that they’re “much more tailored to the shape” of the thalamus and more “closely mimic the electrical activity that’s seen in a healthy, normal system,” he said. Previous attempts at stimulating the thalamus often tried 100 Hz or higher frequencies, which is twice the firing rate of CL neurons. Saalmann’s team also tried a range of stimulation frequencies, but none were as effective as the magical number, 50Hz.

Electrical stimulation isn’t the only way to jump-start the brain. A one-shot trial in 2016 used ultrasound waves on the brain of a 25-year-old man recovering from coma with success. Scientists are also exploring non-invasive brain stimulation methods, such as transcranial electromagnetic technologies to help those with disorders of consciousness.

That’s not to say we’ve solved the coma dilemma. Some experts caution that, although promising, the CL may not be the best brain region to target. “I suspect there are many areas of the brain that can modulate the level of arousal,” said Dr. Aaron Boes at the University of Iowa who wasn’t involved in the study. There’s also the worry that brain stimulation, regardless of type, might not work in people with catastrophic brain damage.

Nevertheless, the study paves the way to further unveiling the neural mechanisms behind consciousness. And even if we can’t yet completely grasp this wonderfully mysterious phenomenon of our minds, “it’s possible we may be able to use these kinds of deep-brain stimulating electrodes to bring people out of comas,” said Redinbaugh.