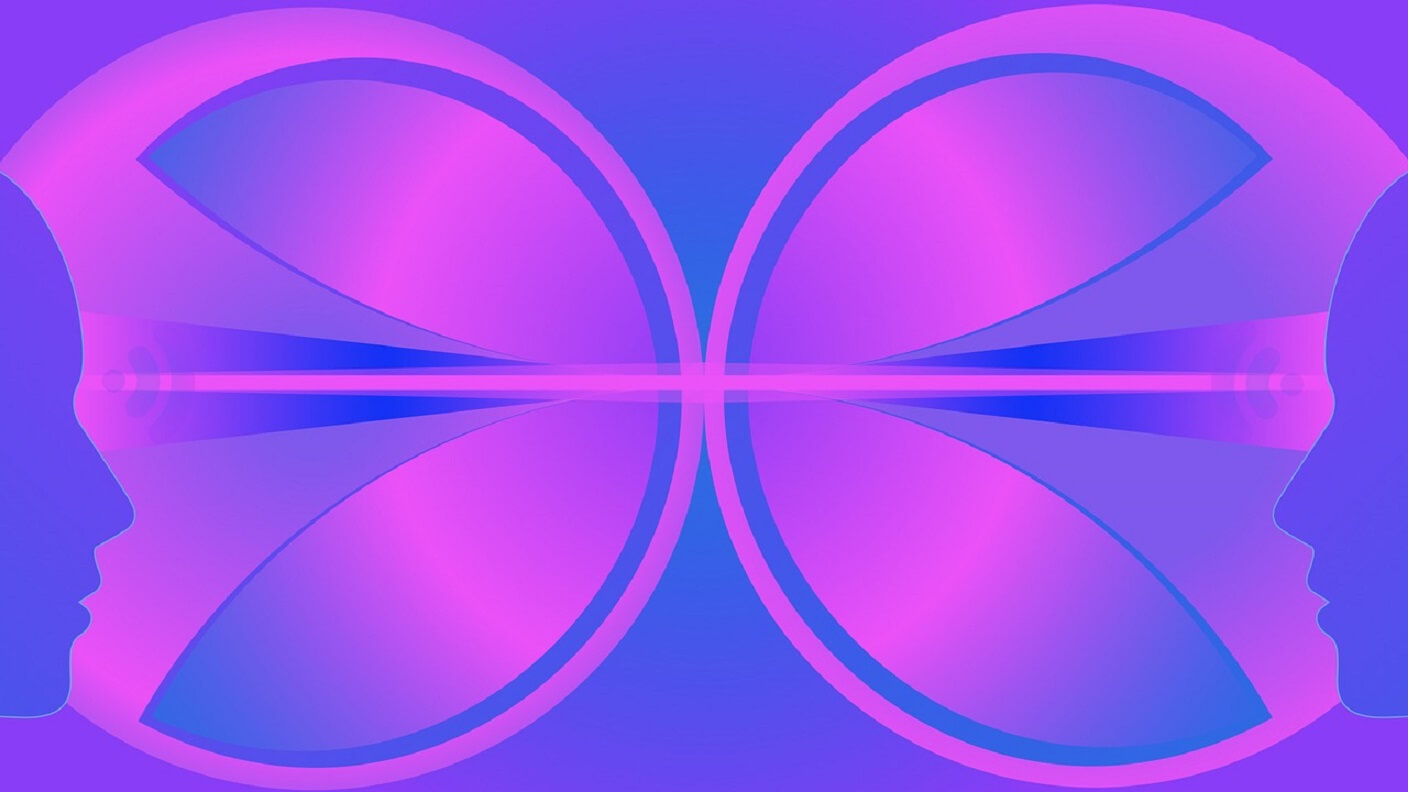 Here’s something you don’t hear every day: two theories of consciousness are about to face off in the scientific fight of the century.

Backed by top neuroscientist theorists of today, including Christof Koch, head of the formidable Allen Institute for Brain Research in Seattle, Washington, the fight hopes to put two rival ideas of consciousness to the test in a $20 million project. Briefly, volunteers will have their brain activity scanned while performing a series of cleverly-designed tasks targeted to suss out the brain’s physical origin of conscious thought. The first phase was launched this week at the Society for Neuroscience annual conference in Chicago, a brainy extravaganza that draws over 20,000 neuroscientists each year.

Both sides agree to make the fight as fair as possible: they’ll collaborate on the task design, pre-register their predictions on public ledgers, and if the data supports only one idea, the other acknowledges defeat.

The “outlandish” project is already raising eyebrows. While some applaud the project’s head-to-head approach, which rarely occurs in science, others question if it’s all a publicity stunt. “I don’t think [the competition] will do what it says on the tin,” said Dr. Anil Seath, a neuroscientist at the University of Sussex in Brighton UK, explaining that the whole trial is too “philosophical.” Rather than unearthing how the brain brings outside stimuli into attention, he said, the fight focuses more on where and why consciousness emerges, with theories growing by the numbers every year.

Then there’s the religion angle. The project is sponsored by the Templeton World Charity Foundation (TWCF), a philanthropic foundation that tiptoes the line between science and faith. Although spirituality isn’t taboo to consciousness theorists—many embrace it—TWCF is a rather unorthodox player in the neuroscientific field.

Despite immediate controversy, the two sides aren’t deterred. “Theories are very flexible. Like vampires, they’re very difficult to slay,” said Koch. Even if the project can somewhat narrow down divergent theories of consciousness, we’re on our way to cracking one of the most enigmatic properties of the human brain.

With the rise of increasingly human-like machines, and efforts to promote communications with locked-in patients, the need to understand consciousness is especially salient. Can AI ever be conscious and should we give them rights? What about people’s awareness during and after anesthesia? How do we reliably measure consciousness in fetuses inside mother’s wombs—a tricky question leveraged in abortion debates—or in animals?

Even if the project doesn’t produce a definitive solution to consciousness, it’ll drive scientists loyal to different theoretical aisles to talk and collaborate—and that in itself is already a laudable achievement.

“What we hope for is a process that reduces the number of incorrect theories,” said TWCF president Andrew Serazin. “We want to reward people who are courageous in their work, and part of having courage is having the humility to change your mind.”

How physical systems give rise to subjective experience is dubbed the “hard problem” of consciousness. Although neuroscientists can measure the crackling of electrical activity among neurons and their networks, no one understands how consciousness emerges from individual spikes. The sense of awareness and self simply can’t be reduced down to neuronal pulses, at least with our current state of understanding. What’s more, what exactly is consciousness? A broad stroke describes it as a capacity to experience something, including one’s own existence, rather than documenting it like an automaton—a vague enough picture that leaves plenty of room for theories to how consciousness actually works.

In all, the project hopes to tackle nearly a dozen top theories of consciousness. But the first two in the boxing ring are also the most prominent: one is the Global Workspace Theory (GWT), championed by Dr. Stanislas Dehaene of the Collège de France in Paris. The other is the Integrated Information Theory (IIT), proposed by Dr. Giulio Tononi of the University of Wisconsin in Madison and backed by Koch.

The GWT describes an almost algorithmic view. Conscious behavior arises when we can integrate and segregate information from multiple input sources—for example, eyes, ears, or internal ruminations—and combine it into a piece of data in a global workspace within the brain. This mental sketchpad forms a bottleneck in conscious processing, in that only items in our attention are available to the entire brain for use—and thus for a conscious experience of it. For another to enter awareness, previous data have to leave.

In this way, the workspace itself “creates” consciousness, and acts as a sort of motivational whip to drive actions. Here’s the crux: according to Dehaene, brain imaging studies in humans suggest that the main “node” exists at the front of the brain, or the prefrontal cortex, which acts like a central processing unit in a computer. It’s algorithmic, input-output based, and—like all computers—potentially hackable.

IIT, in contrast, takes a more globalist view. Consciousness arises from the measurable, intrinsic interconnectedness of brain networks. Under the right architecture and connective features, consciousness emerges. Unlike the GWT, which begins with understanding what the brain does to create consciousness, IIT begins with the awareness of experience—even if it’s just an experience of self rather than something external. When neurons connect in the “right” way under the “right” circumstances, the theory posits, consciousness naturally emerges to create the sensation of experience.

In contrast to GWT, IIT believes this emergent process happens at the back of the brain—here, neurons connect in a grid-like structure that hypothetically should be able to support this capacity. To IIT subscribers, GWT describes a feed-forward scenario that’s similar to digital computers and zombies—entities that act conscious but don’t truly posses the experience. According to Koch, consciousness is rather “a system’s ability to be acted upon by its own state in the past and to influence its own future. The more a system has cause-and-effect power, the more conscious it is.”

To test the ideas, 6 labs across the world will run experiments with over 500 people, using 3 different types of brain recordings as the participants perform various consciousness-related tests. By adopting functional MRI to spot brain metabolic activity, EEG for brain waves and ECoG (a type of EEG with electrodes directly placed on the brain), the trial hopes to gather enough replicable data to assuage even the most skeptical of opposing fields.

For example, one experiment will track the brain’s response as a participant becomes aware of an image: the GWT believes the prefrontal cortex will activate, whereas the IIT says to keep your eyes on the back of the brain.

According to Quanta Magazine, the showdown will get a top journal to commit to publishing the outcomes of the experiments, regardless of the result. In addition, the two main camps are required to publicly register specific predictions, based on their theories, of the results. Neither party will actually collect nor interpret the data to avoid potential conflicts of interest. And ultimately, if the results come back conclusively in favor of one idea, the other will acknowledge defeat.

What the trial doesn’t answer, of course, is how neural computations lead to consciousness. A recent theory, based on thermodynamics in physics, suggests that neural networks in a healthy brain naturally organize together according to energy costs into a sufficient number of connection “microstates” that lead to consciousness. Too many or too few microstates and the brain loses its adaptability, processing powers, and sometimes the ability to keep itself online.

Despite misgivings, TWCF’s Potgieter sees the project as an open, collaborative step forward in a messy domain. It’s “the first time ever that such an audacious, adversarial collaboration has been undertaken and formalized within the field of neuroscience,” he said.

Tononi, the backer of IIT, agrees. “It forces the proponents to focus and enter some common framework. I think we all stand to gain one way or another,” he said.

Image Credit: Image by Beyond Timelines from Pixabay