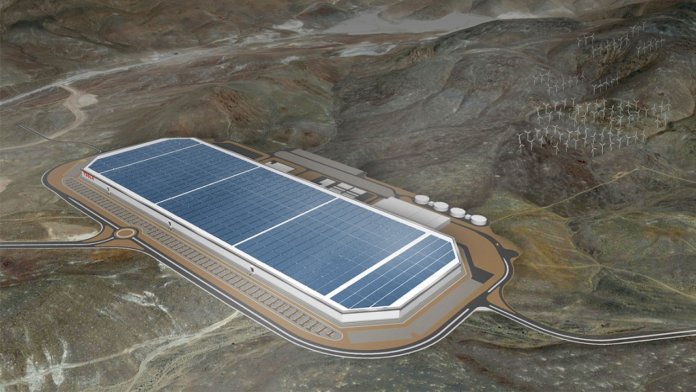 Tesla is having a banner year, and we’re not even two months in. After reaching what was an all-time high in December at a value of $393.15 per share, last Wednesday the company’s stock closed at more than double that: $917.42 per share.

While its car sales are strong, they’re not the source of Tesla’s skyrocketing value; people are investing in the company because they see it as the future of electric vehicles. After clearing a legal hurdle last week, Tesla is set for more growth, and in a brand-new market: Europe. Germany, to be specific.

CEO Elon Musk announced plans last November to build a fourth Gigafactory outside Berlin (the first three are in Nevada, New York, and Shanghai). But construction involves cutting down a pine forest the size of 100 soccer fields (not to mention removing buried World War II ammunition), and work was halted after local environmental groups protested. On top of having to cut down thousands of trees, the factory will border a nature reserve, and there’s been much concern raised about how the area’s water supply and wildlife will be impacted.

A Berlin-Brandenburg court stopped Tesla’s forest-clearing with an injunction earlier this month, but last Thursday overturned the injunction and granted the company permission to resume activity, finding that the legal requirements for early construction had been met.

The factory will be located in Gruenheide, a small town about 33 kilometers (20 miles) south-east of Berlin. Tesla intends to have the plant completed and fully functional by mid-2021, and will eventually produce up to 500,000 cars a year there. Though it’s moving forward with land-clearing and other construction preparations, the company technically doesn’t have final project approval from German authorities. Tesla has projected that the factory will employ about 12,000 people.

Getting the state government’s approval is just one of a few hurdles left to clear, and in fact may be more straightforward than the other tasks awaiting Tesla as it builds this factory.

German environmental laws dictate that construction must not interfere with the breeding period for wildlife, which starts in March; this essentially means that for the project to move forward on its planned timetable, tree-cutting would need to be completed in the next couple weeks.

Speaking of protecting wildlife, Tesla will also have to provide bats living in the forest with alternative spots to hibernate, put up fences to prevent reptiles from entering the area, relocate ant nests without destroying them, and find a way to ‘humanely expel’ any wolves living in the area.

In a tweet from January 24, Musk emphasized that the factory “will absolutely be designed with sustainability and the environment in mind.” He added that Tesla will plant three trees for every tree it cuts down in the area.

Home to iconic brands like BMW, Mercedes, Audi, and Volkswagen, German car manufacturing has been disrupted by companies that got an earlier and stronger start in electric vehicle technology—specifically, Tesla. The company’s Model 3 outsold all German competitors in both the US and European markets last year, and Germany’s auto industry is now at a 22-year low.

The arrival of Tesla will, in the best-case scenario for German automakers, spur innovation through competition and encourage more private-sector investment. The Germans may not be leaders in electrification, but they certainly have a reputation for high-quality engineering. They would do well to follow in Tesla’s footsteps and start investing in energy storage technology and research; perhaps this could be the path to a rejuvenated German auto industry and economy.

But first, let’s make sure those bats, wolves, lizards, birds, and ants are taken care of.