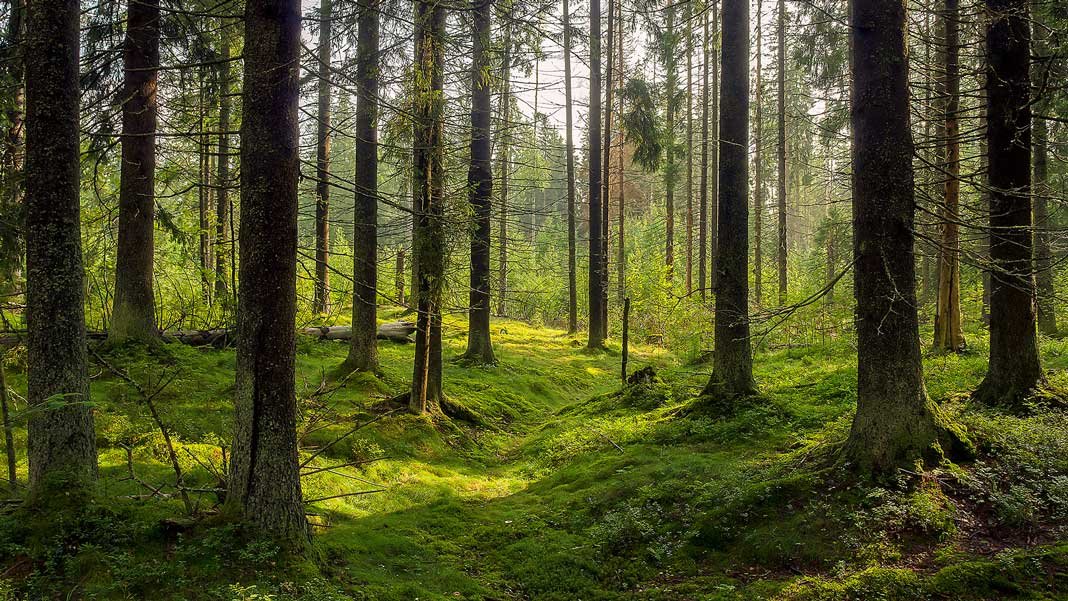 Trees are a low-tech, high-efficiency way to offset much of humankind’s negative impact on the climate. What’s even better, we have plenty of room for a lot more of them.

A new study conducted by researchers at Switzerland’s ETH-Zürich, published in Science, details how Earth could support almost an additional billion hectares of trees without the new forests pushing into existing urban or agricultural areas. Once the trees grow to maturity, they could store more than 200 billion metric tons of carbon.

Great news indeed, but it still leaves us with some huge unanswered questions. Where and how are we going to plant all the new trees? What kind of trees should we plant? How can we ensure that the new forests become a boon for people in those areas?

Answers to all of the above likely involve technology.

The ETH-Zürich research team combined Google Earth mapping software with a database of nearly 80,000 existing forests to create a predictive model for optimal planting locations. In total, 0.9 billion hectares of new, continuous forest could be planted. Once mature, the 500 billion new trees in these forests would be capable of storing about two-thirds of the carbon we have emitted since the industrial revolution.

Other researchers have noted that the study may overestimate how efficient trees are at storing carbon, as well as underestimate how much carbon humans have emitted over time. However, all seem to agree that new forests would offset much of our cumulative carbon emissions—still an impressive feat as the target of keeping global warming this century at under 1.5 degrees Celsius becomes harder and harder to reach.

Recently, there was a story about a Brazilian couple who replanted trees in the valley where they live. The couple planted about 2.7 million trees in two decades. Back-of-the-napkin math shows that they on average planted 370 trees a day, meaning planting 500 billion trees would take about 3.7 million years. While an over-simplification, the point is that planting trees by hand is not realistic. Even with a million people going at a rate of 370 trees a day, it would take 83 years. Current technologies are also not likely to be able to meet the challenge, especially in remote locations.

Technology can speed up the planting process, including a new generation of drones that take tree planting to the skies. Drone planting generally involves dropping biodegradable seed pods at a designated area. The pods dissolve over time, and the tree seeds grow in the earth below. DroneSeed is one example; its 55-pound drones can plant up to 800 seeds an hour. Another startup, Biocarbon Engineering, has used various techniques, including drones, to plant 38 different species of trees across three continents.

Drone planting has distinct advantages when it comes to planting in hard-to-access areas—one example is mangrove forests, which are disappearing rapidly, increasing the risk of floods and storm surges.

Challenges include increasing the range and speed of drone planting, and perhaps most importantly, the success rate, as automatic planting from a height is still likely to be less accurate when it comes to what depth the tree saplings are planted. However, drones are already showing impressive numbers for sapling survival rates.

Planting the trees is the first step in a long road toward an actual forest. Companies are leveraging artificial intelligence and satellite imagery in a multitude of ways to increase protection and understanding of forested areas.

20tree.ai, a Portugal-based startup, uses AI to analyze satellite imagery and monitor the state of entire forests at a fraction of the cost of manual monitoring. The approach can lead to faster identification of threats like pest infestation and a better understanding of the state of forests.

AI can also play a pivotal role in protecting existing forest areas by predicting where deforestation is likely to occur.

Closer to the ground—and sometimes in it—new networks of sensors can provide detailed information about the state and needs of trees. One such project is Trace, where individual trees are equipped with a TreeTalker, an internet of things-based device that can provide real-time monitoring of the tree’s functions and well-being. The information can be used to, among other things, optimize the use of available resources, such as providing the exact amount of water a tree needs.

Trees are in many ways fauna’s marathon runners—slow-growing and sturdy, but still susceptible to sickness and pests. Many deforested areas are likely not as rich in nutrients as they once were, which could slow down reforestation. Much of the positive impact that said trees could have on carbon levels in the atmosphere is likely decades away.

Bioengineering, for example through CRISPR, could provide solutions, making trees more resistant and faster-growing. Such technologies are being explored in relation to Ghana’s at-risk cocoa trees. Other exponential technologies could also hold much future potential—for instance micro-robots to assist the dwindling number of bees with pollination.

These technologies remain mired in controversy, and perhaps rightfully so. Bioengineering’s massive potential is for many offset by the inherent risks of engineered plants out-competing existing fauna or growing beyond our control. Micro-robots for pollination may solve a problem, but don’t do much to address the root cause: that we seem to be disrupting and destroying integral parts of natural cycles.

Tech Not The Whole Answer

So, is it realistic to plant 500 billion new trees? The short answer would be that yes, it’s possible—with the help of technology.

However, there are many unanswered challenges. For example, many of areas identified by the ETH-Zürich research team are not readily available for reforestation. Some are currently reserved for grazing, others owned by private entities, and others again are located in remote areas or areas prone to political instability, beyond the reach of most replanting efforts.

If we do wish to plant 500 billion trees to offset some of the negative impacts we have had on the planet, we might well want to combine the best of exponential technology with reforestation as well as a move to other forms of agriculture.

Such an approach might also help address a major issue: that few of the proposed new forests will likely succeed without ensuring that people living in and around the areas where reforestation takes place become involved, and can reap rewards from turning arable land into forests.