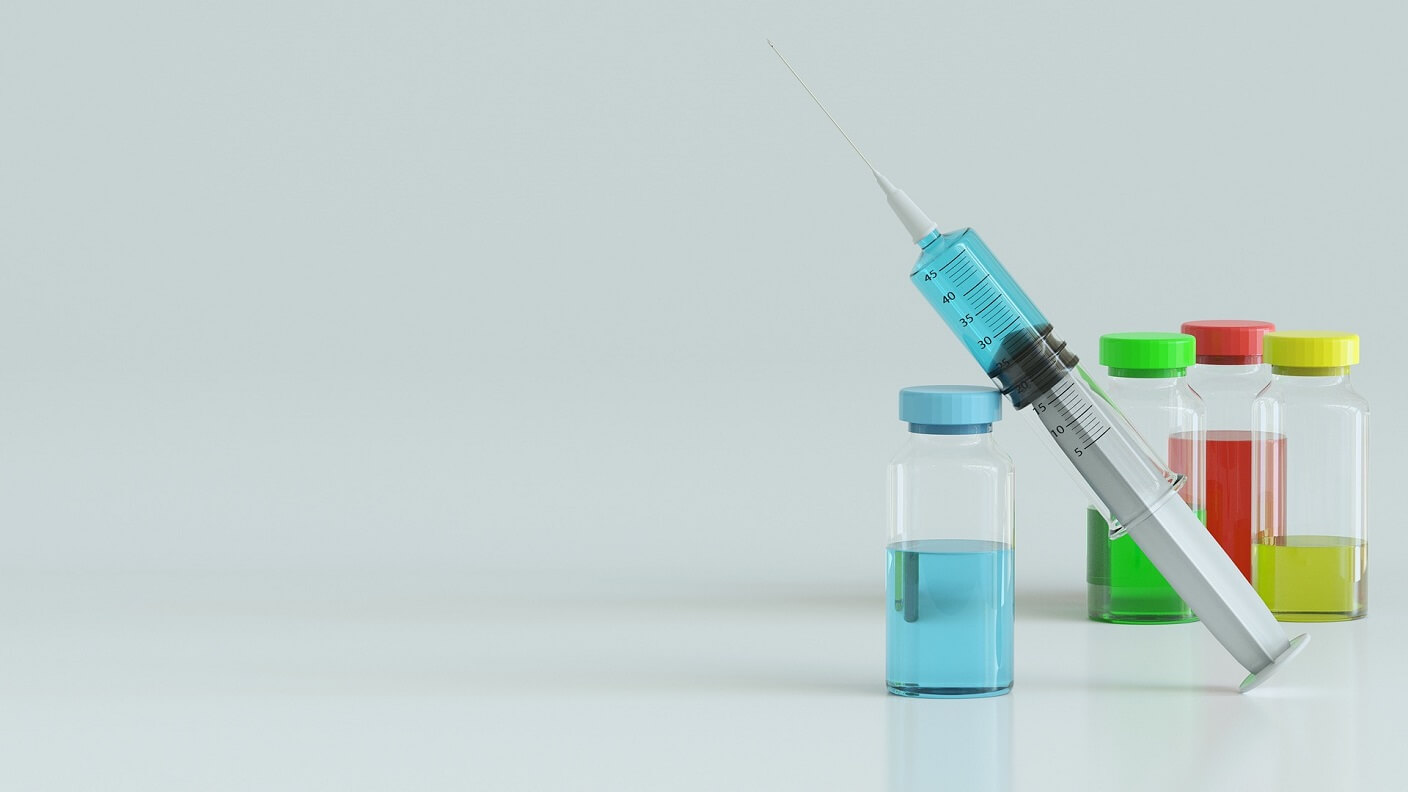 It’s been grim news all around for COVID-19. Italy’s skyrocketing death toll has now risen above China’s. Countries are shutting borders. Massive cities in the US have ordered “shelter-in-place” to reduce viral transmission, severely disrupting livelihoods, businesses, and personal relationships for the greater good.

So. How about some good news?

According to STAT, the Bill and Melinda Gates Foundation and the National Institute of Health (NIH) are betting on synthetic biology to outperform nature in engineering new vaccines against the COVID-19 virus.

It’s a movement several years in the works. The idea is simple: we can already “train” the human immune system to recognize, hunt down, and attack invaders using variations of the viral enemy; chunks of virus, living viruses with kneecapped infection abilities. Scientists already largely understand how to trigger a safe immune response based on the makeup of a virus.

With synthetic biology, why can’t we amp up those responses multi-fold?

Thanks to breakneck-speed advances in genome sequencing and synthesis, it’s now relatively simple to engineer components of a virus that are critical for triggering an immune response. To synthetic biologists, this represents a critical opportunity to revamp a sluggish vaccine-engineering industry based on decades-old technology. Why conform to nature when there’s a chance to outwit its designs?

If COVID-19 ever comes back, or another coronavirus epidemic emerges—a high chance, epidemiologists say—synthetic biology could offer us a plug-and-play universal vaccine. One that’s produced at scale, doesn’t need refrigeration, and can be easily tailored to a new outbreak and shipped to the entire world.

How Are Vaccines Made, Anyway?

Vaccines are so critical to our everyday lives that it’s easy to overlook how they’re made. There are several ways, but the general concept is the same: identify the enemy, engineer one that causes less symptoms, and manufacture it at scale.

“The enemy” can be the entire virus, or protein components of the virus that stick out. For the whole virus, scientists can engineer one that’s alive but less virulent, or use a dead one. More recently, they’ve been focusing on figuring out the protein “grabbers” on the virus that interact with the immune system—they’re basically how our bodies identify foes and rage into attack mode.

Picture a pincushion as a virus: the needles sticking out of it are the proteins—called “antigens”—that interact with our immune system, rather than the cushion itself. Vaccines are generally similar in structure or functionality to these needle antigens. Think of them as beacons to attract our immune cells.

Regardless of the exact approach, the crux is training the immune system to recognize something nefarious that it’s never seen before, without subjecting it to the virus’s full force. Knowing what the immune system grabs onto—identifying the “beacons”—on a virus gives us an incredibly potent target.

What if we stick these “needle” antigen targets interchangeably onto a synthetic pincushion?

That’s the general idea leading the development of synthetic biology vaccines. Forget nature; we’ve distilled critical parts of a virus, and can make Lego bits out of them in a plug-and-play manner. A specific definition of what constitutes a “synthetic biology vaccine” is still in flux, but one categorization is two-fold: vaccines using engineered genetic components, or man-made particles that mimic actual viruses.

The first option is already in clinical trials. Rather than making antigen protein components, scientists can instead synthesize mRNA, the messenger that delivers the genetic code to a cell’s protein factory. That’s what Moderna is trying with their COVID-19 vaccine. In theory, the mRNA will cause our own cells to follow its instructions and produce viral antigens. This alarms the immune system and triggers it to generate soldiers—generally, proteins called antibodies that grab onto the beacons.

Unfortunately, early safety tests have found that mRNA vaccines can trigger detrimental reactions, and it’s not clear how effective they’ll be. So far, these vaccines have yet to gain FDA approval. With Moderna’s COVID-19 vaccine in Phase I trials in humans, however, we may get safety (though not yet efficacy) results as early as the next few months.

The other idea is far more ambitious. The idea is to make a faux-virus that selectively amplifies the antigen component. It’s a two-step job. First, scientists need to make a self-assembling “core” that mimics the body of the virus—the part that doesn’t usually touch the immune system. Dr. Neil King, who has been working on coronavirus vaccines at the University of Washington, is using nanoparticles to build that core with the help of computational design.

Not every nanoparticle makes the cut. The key is to design one that works well with the antigen proteins, which need to be dotted on the core’s surface. The more the antigens “stick out,” the easier it is for the immune system to recognize those invaders.

Here’s where synthetic biology comes in. Using sophisticated computer algorithms, scientists can simulate how different sizes of nanoparticles interact with the antigen component—and in turn, how well they stimulate the immune system. “We might try one million variants on the computer” before finding a protein sequence that forms an optimal, self-assembling nanoparticle, said King.

Once the design is cleared, the protein sequence for the nanoparticle is encoded into synthetic DNA instructions. E. Coli bacteria, the workhorses of the lab, then adopt these instructions, process them inside their own cells, and pump out nanoparticle proteins at scale. When purified—and if the computer simulations panned out—the proteins will then self-assemble into ideal nanoparticles in test tubes.

The second step is figuring out where to put the needles on the pincushion nanoparticle. Scientists have long known that certain factors can increase the chance that the immune system will recognize the viral antigen—for example, where the needles are placed pr how many there are and in what arrangement. The body has many biochemical responses that rip up synthetic antigens long before the immune system ever gets a look—like us washing our hands frequently or using hand sanitizers to neutralize a virus. For a vaccine, we need the antigens to stick around long enough to train the immune system.

King, for example, found that an ordered, repetitive array of the COVID-19 viral antigens produces a stronger immune response than a single “needle” protein antigen in the pincushion. In other words? Vaccines based on biosynthetic, virus-like nanoparticles could be more efficient than RNA or other vaccines in the pipeline for COVID-19. According to STAT News, several groups have begun testing these lab-made nanoparticles in mice to study how the animals react to COVID-19-like components.

The Future of Vaccines?

Synthetic biology for viruses may seem far-fetched. It might not be a near-term solution for immediately squashing COVID-19. But it’s not a pipe dream. This month, King presented a model of designer vaccines to the US president while the latter toured facilities at the Centers for Disease Control (CDC).

If the solution works, we’ll be looking at an entirely novel class of vaccines that breaks from nature’s reality. Nanoparticle-based vaccines, for example, don’t need additional chemicals—dubbed “adjuvants”—to help stimulate the immune system. Because adjuvants are an additional component that in a minority of cases can lead to immune overreaction, not having them could make manufacturing processes easier and reduce adverse effects.

In addition, synthetic biology could also coronate a vaccine with a critical property: heat-resilience. A major problem with global production and shipping of vaccines is that they generally need to be refrigerated. However, synthetic nanoparticle protein scaffolds could make them far more stable than traditional vaccines. This means that for whoever needs help in a pandemic, at whatever altitude and climate, help could be more easily on the way.

Finally, there’s hope for plug-and-play. If another novel virus comes along, scientists could potentially replace the COVID-19 virus’s antigens—the needles that stick out—with ones from the new virus. The pincushion remains optimal and the same. In theory, it could dramatically arm us with a blueprint to better handle the next outbreak.

Designer vaccines are, without doubt, still very new and very ambitious. But perhaps the COVID-19 pandemic is giving them exactly the kick they need. Vaccine development has languished for nearly a century relying on traditional methods. Now that we’re facing our viral enemies far more viscerally and on a global scale, why not push for that next quantum leap in vaccine design?