Contact Tracing Is the Next Step in the Covid-19 Battle—But How Will It Work in Western Countries? 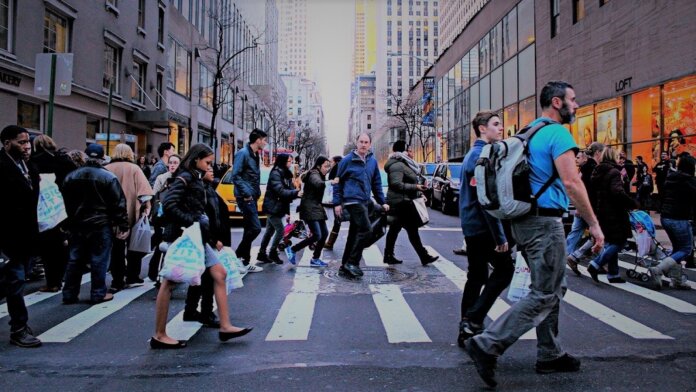 One death in Steven Soderbergh’s terrifyingly prescient masterpiece, Contagion, stayed with me: Kate Winslet’s Dr. Erin Mears, an Epidemic Intelligence Service Officer who chased down people with a terrifying viral infection in an effort to warn those who might be at risk and reconstruct the virus’s rampage through an unknowing society.

For most of us, Mears was probably our first introduction to contact tracing, a technique that’s crossed centuries as a tour-de-force in battling outbreaks. The core idea is simple, if laborious, detective work: manually seek out those infected, interrogate their movements through the world, and follow up with every single person who might have been in contact with the infected individual.

It’s tedious. It’s dangerous. Yet as a method, contact tracing has been wielded as a powerful weapon from typhoid fever to the 1918 flu pandemic, and more recently, from AIDS to SARS and the first Asian country responders to Covid-19.

There’s a reason contact tracing has survived the test of time: it works. Thanks to epic efforts at hunting down people with Covid-19—which, in turn, was in part thanks to widespread testing—South Korea, Singapore, Taiwan, and India’s Kerala district have emerged as success stories in their battle against a new foe, nipping new infections in the bud and dramatically reducing hospitalizations and deaths. Even Wuhan, under stringent autocratic surveillance from the central Chinese government, was lauded by the WHO as a positive responder—though their method of giving individuals a green, yellow, or red light as they return to society may give democratic countries uncomfortable chills.

But here’s the thing: contact tracing has always teetered on the line between individual freedom and the good of the general public; the stigmatization of a viral scarlet letter versus keeping others safe; the price of health data sharing versus societal responsibility.

Today, thanks to the mini tracking devices in our pockets called smartphones, it’s easier than ever to bring an effective method for controlling outbreaks into the digital realm. Some epidemiologists even argue that due to the highly infectious nature of SARS-Cov-2, traditional analog methods are both too dangerous and too slow; digital contact tracing is the only way to go. In a technocratic world where we rely on our gadgets every day for news, maps, health tracking, and communication, not using the digital tools we have to update a century-long method almost seems silly.

The good news is that western societies don’t have to start from scratch. One reason why Asia’s democratic countries quickly responded to Covid-19 is because they all suffered through the 2003 SARS epidemic. They learned their lesson and were the first to implement digital contact tracing, with both successes and hiccups along the way.

It’s time to learn from them.

There are multiple ways contact tracing helps limit the reach of a virus, but its power is mainly felt at the beginning and tapering ends of a pandemic.

Take South Korea. The country’s enormously effective testing regime in January was an exemplary highlight of how contact tracing can plug the viral gush at the beginning of an outbreak. While they reported the first Covid-19 case in the US, South Korea rapidly ordered medical companies to develop and roll out testing kits aggressively, allowing health workers to track cases and keep infections contained—a rollout arguably more effective than in the US, which has since seen its cases explode in numbers. These data resources then powered Corona 100m, an app that alerts users of diagnosed Covid-19 cases within 100 meters of their prior locations. The app’s been downloaded over one million times to overwhelming positive reviews.

Perhaps the gold medal in digital contact tracing goes to Singapore. Backed by widespread testing, citizens were encouraged to download a Bluetooth-based app called TraceTogether, which anonymizes a user’s phone ID but stores similarly encrypted IDs from people he or she has been in contact with. If a person gets sick, those stored ID will be used to alert previous contacts. According to TraceTogether’s official website, part of the Singapore Government Agency, roughly one million citizens have voluntarily signed up for the service.

The US has missed the boat on stemming Covid-19 from entering the country. However, digital contact tracing also comes in handy as we’re considering reopening our languishing economy. Serology tests, which look for antibodies that (in theory) render people immune will help assess when it’s mostly safe to return to work.

But before herd immunity becomes widespread or a working vaccine is easily accessible to most, contact tracing will become a key component of squashing new infection sparks before they flare up. California and Massachusetts are just two states looking to hire an army of contact tracers as part of their bid to reopen the economy.

It’s perhaps not surprising that two giant tech companies, Apple and Google, announced last week a team-up to explore digital contact tracing in the land of the free.

An immediate response I’ve heard is that it won’t work here. After all, the narrative goes, even democratic Asian countries have a different social contract with their governments. They’re focused more on society than on the independent self—a “Confucius-esque” philosophy that’s slapped onto most East Asian citizens. Western countries such as the UK have tried similar approaches before: in 2011, Cambridge University’s FluPhone app was supposed to track the spread of flu on a population level, yet fewer than one percent of people in Cambridge adopted it.

Bollocks. Don’t sell yourself short. FluPhone wasn’t released during a pandemic. If Covid-19 has one silver lining, it’s how on average people in the West are just as willing to sacrifice personal freedoms and adopt strange new customs (face masks everywhere!) to keep themselves and others safe. (Outliers exist, but they exist in every country.)

However, societal norms aside, early lessons from digital contact tracing efforts show that there are serious problems that need ironing out, and for now, our phones won’t completely replace human workers in tracing the pandemic.

The basic idea behind Google-Apple’s app is similar to TraceTogether: it’s Bluetooth-based, meaning that it’ll only work locally without logging your location data. For now it’s opt-in, in that you have to download the app on either iOS or Android. The companies stress that they won’t collect personal or location data (though Google Maps certainly does unless you’ve opted out), and all phone ID codes will be encrypted, making it difficult to link to a particular person. The app will periodically check to see if it’s been recently in contact with someone diagnosed with Covid-19.

There’s obviously the problem of data privacy. According to Covid Watch, a similar community-based, open-sourced app that uses Bluetooth for tracking, at least 50 percent of a population will need to use it to make tracking effective, and if people are hesitant, it’ll fail.

Another pre-requisite is that we need massively wider testing, which is currently still mostly reserved for people with clear symptoms. The Covid Tracking Project reports that less than one percent of Americans have received the test, which means a tracing app based on Covid-19 positive data would be of little to no value. Others worry about the opposite, which is that a Bluetooth-based app could over-alert users. For example, the most common Bluetooth signals have a reach roughly five times more than the six feet apart social distancing guideline.

All of the above concerns are valid. Yet without implementing the app, they’re also theoretical. What’s clear from Singapore’s success story is that digital contact tracing by itself isn’t yet enough to curb Covid-19. Health workers, for example, may need anonymized ID data to help track down potentially exposed individuals to encourage self-isolation or provide care. Without sufficient testing and social distancing, asymptomatic carriers will still unknowingly spread the disease.

Digital contact tracing may ignite every freedom, privacy, and independence fiber in your body in protest. Tech giants and government alike haven’t helped build a foundation of trust or respect for our private data. But without doubt, digitization is the way of the future: it’s a replacement for fallible human memory, which can’t recall what you had for lunch two weeks ago, let alone everyone you’ve been in contact with. It’s a safety guard for real-world equivalents of Dr. Mears, who risk their health and lives to warn you of health risks to yourself and others.

Since its invention, contact tracing has always towed the line between privacy and social service. With our actions and voices, we’re now helping lay the foundation of its digital future, not just for this pandemic but for all the ones to come.