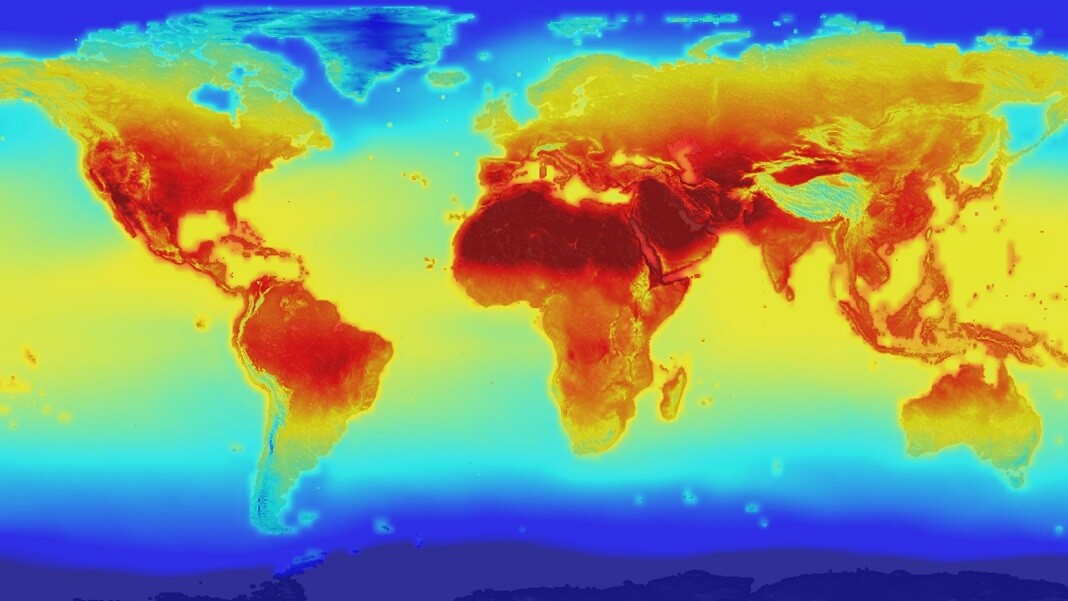 Humans are amazing creatures, in that they have shown they can live in almost any climate. Think of the Inuit who live in the Arctic or the Bedouins in the deserts of North Africa. But a new study suggests humans, like any animal or plant, have a preferred climate or environmental niche in which they thrive—and climate change will shift billions of people out of this comfort zone.

The study, published in the journal PNAS, was written by an international team of scientists led by Chi Xu of Nanjing university. They first showed that for the past 6,000 years a majority of people have lived in regions where the average annual temperature has always been between 11˚C (roughly equivalent to London’s climate) and 15˚C (Rome or Melbourne).

Future climate change will affect this average temperature, and at its most extreme would mean 3.5 billion people would be outside their current climate niche. In fact, one in three of us would experience annual average temperatures of more than 29˚C, a climate currently experienced by humans in only a handful of the hottest desert settlements.

At the center of this thought experiment is the concept of the human “climate niche,” or the environmental range in which modern humans thrive. And this range has changed over time. As humans evolved from primates in Africa, our ancestors’ climate niche was controlled by their own physiology. Modern humans are most comfortable between 21˚C and 27˚C, and our ancestors lived in regions of Africa with this average annual temperature.

But this climate range then expanded massively as early humans learned to domesticate fire, to store and transport drinking water, and to make clothes and build shelters. As I found in my own research, these developments eventually allowed us to settle on every continent except Antarctica.

As the agriculturalists expanded from the warmer regions into more temperate lands, their productivity increased significantly. Increased food production led to an expansion of the human population, and hence the modeled human climate niche follows where our domesticated crops and animals thrive.

Our climate niche narrowed again with the invention of agriculture, starting around 10,000 years ago. The domestication of animals and plants occurred at the end of the ice age and appeared independently in at least ten places around the world, including Asia, the Americas, and Africa. From each of these areas the new agriculturalists spread out, competing with the indigenous hunter-gatherers and pushing them onto marginal lands. Today, 75 percent of the world’s food is generated from 12 plants and 5 animal species that were domesticated during this first wave.

A more detailed look at the new PNAS paper reveals that today there are in fact two distinct human climate niches with two populations peaks between 11-15˚C and 20-25˚C. The latter is largely down to the huge populations who live in the extremely fertile SE Asia monsoon regions.

As climate change warms up the planet, the average annual temperature of each region will increase. The new study suggests that extreme climate change would mean 3.5 billion people theoretically would have to move if they wanted to remain under the same climate range as today. Even if strong climate policies were to keep the global temperature increase to 2˚C, they argue that 1.5 billion people would still theoretically have to move.

What is disappointing about this study is that the focus is mainly on the worst-case scenario, which due to changes in energy generation and efficiency is thankfully no longer realistic.

If you dive into the 23 pages of the supplementary material, the authors have looked at other future scenarios where global warming is less severe, but who does this except science geeks like me? I would have expected a more balanced presentation, especially as more realistic warming scenarios are still scary enough.

The study also does not account for the dynamic and adaptable nature of human technology and society. As the climate zones shift it will be possible to transfer the knowledge of societies currently living under a warmer climate to the new region.

Constraints on Outside Work

The study does, however, make an important point about food security. Half of the world’s food is produced by smallholder farms with most of the energy input from physical labor carried out by the farmers.

As the world warms there will be more and more days when it will be physically impossible to work outside, reducing productivity and food security. Climate change has already created areas of the world where heat and humidity are too severe for humans to tolerate. The Lancet climate commission has shown that more than 150 billion work hours were lost in 2018 due to extreme temperature and humidity. This could double or even quadruple depending on how many people stay working in rural agriculture.

Reservations aside, this is a brilliant thought experiment. Using the historic and current human climate niches shows us just how many people in the world, between 1.5 and 3.5 billion, will be shifted out of their current climate range due to global warming. It also highlights that the people most affected by shifting climate zones are the poorest and those that most rely on food that is produced by smallholders working outside.

Scientists Studied the Antarctic Ice Sheet Over 10,000 Years. Their Findings Hold Insight for the Future