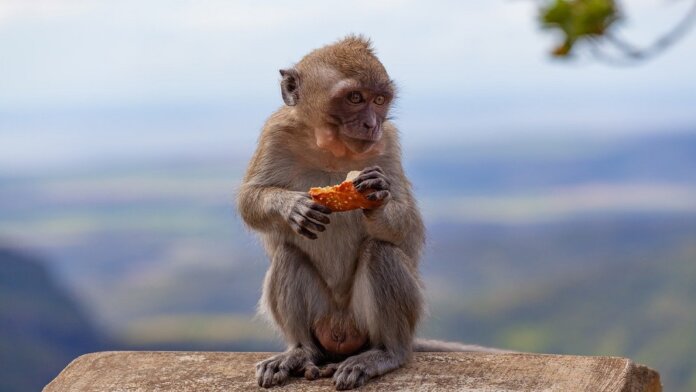 A few years ago, in a pitch black room at Stanford University, a monkey sat silently in his custom-made chair, utterly bewildered.

It wasn’t because of the head brace, which held his head completely still. It wasn’t the LCD screen blasting bright light in his face. It wasn’t even the abstract shapes that randomly popped up on the screen; he knew if he picked them wisely with his gaze he’d get a sip of deliciously sweet juice. What puzzled him was that sometimes he just couldn’t make the correct decision. He’d look at the wrong target, knowing it was wrong, but still stare at it like a puppet. It was as if someone was playing with his brain.

In this case, the monkey was right. A team of scientists was pulsing imperceptible ultrasound waves through his skull into frontal parts of his brain, and tacitly controlling which object he looked at. The monkey no longer had a choice.

If that’s possible with rhesus macaque monkeys, could we be next?

Mind control is a tale for science fiction and conspiracy theorists. To be clear: nope, you won’t have evil scientists controlling your decisions by blasting silent sound waves at you. In this study, the team focused on a part of the brain called the frontal eye field (FEF). Rather than controlling a life-changing decision, think of it more as steering the monkey’s biological “cameras” towards one target rather than another, like an extra pair of hands at the wheel.

But the story does get a tad creepier: it stands out because the ultrasound pulses were able to override the monkey’s internal decision-making process. Rather than looking at the thing that’ll give him a gulp of juice—the reward—he’s now looking away from that reward.

Sinister underpinnings aside, that’s great news for those struggling with compulsive disorders such as pathological gambling or drug addiction, which fundamentally come down to bad choices in pursuit of reward. If you can’t stop yourself, why not get some external help? With ultrasound pulses, we could one day “influence choice behavior noninvasively without using drugs… [and] provide new ways to diagnose and treat disorders of choice,” the authors wrote in their study, published this month in Science Advances.

Ultrasound is an oddball in the neuromodulation world. Similar to its better-known siblings, such as transcranial direct current stimulation (tDSC) or transcranial magnetic stimulation (TMS), ultrasound changes how neurons fire, which in turn changes their computational output—what we observe as learning, memory, and other behaviors. This idea, dubbed neuromodulation, has taken the neurological world by storm for its near “magical” efficacy for treating people with depression who don’t respond to antidepressants, or people with Parkinson’s disease whose movement patterns are severely disrupted.

Compared to first-generation neuromodulation, where the brain-tweaking gadget is surgically implanted into the brain, ultrasound offers a way to “hack” neural firings from the outside. In a way, the technology uses sound waves to mechanically “shake” the neurons in a circuit back into sequence, so they function in sync as needed and control subsequent outputs like learning, thinking, memory, and decision-making.

“This way, you can change the activity of the neurons and also the connectivity between the stimulated neurons and their neighbors, which has the potential to return malfunctioning neural circuits back to their normal state,” said study author Dr. Jan Kubanek.

The hiccup with ultrasound is that it has had a bit of a dangerous history. It’s been used to blast open the blood-brain barrier, which protects the brain from toxins in the blood, in an effort to allow medical drugs to flow into the brain with occasional subsequent damage. Focused ultrasound, which directs the sound waves to a targeted region, also has roots in surgically removing brain tumors, which basically means killing tumor tissue with high-intensity sound wave energy.

The new generation of ultrasound neuromodulation is massively different. The sound pulses are toned down—far lower than any tumor-blasting effects, and generally keep your precious brain cells safe. The sound waves mechanically stimulate the neuronal membrane in a way that changes their excitability. Picture yourself as a neuron: it’s a bit like listening to some cheesy old 80s music and melting into a couch puddle (inhibitory), or jumping up for a marathon (excitatory), depending on your tastes.

Ultrasound has captured the imagination of the neuromodulation world since scientists found that it can penetrate deep into the brain. The problem, unfortunately, is that no one’s really sure how much it influences brain activity, especially with larger mammals. For example, does it only change neuron firing patterns, but with no observable output? Can you really use ultrasound to alter a person’s actual behavior?

That’s the question the team decided to crack.

They first trained two monkeys on a test often used on people with stroke to assess visual brain function. The monkeys learned to focus on a spot on a computer screen. The team then flashed two abstract shapes sequentially, one on the left and one on the right. The first monkey, let’s call him “George,” was given a sip of juice regardless of which shape he looked at. However, because of a quirk of perception, George liked to look at the object that popped onto the screen earlier.

The second monkey, I’ll dub him “Frank,” only got his sip of juice when he looked at the first target object. In this way, the given reward was “in tune” with the monkey’s innate preference—similar to food, sex, drugs, or alcohol.

Then came the ultrasound.

In both monkeys after training, the team slapped on a cone made of a Jello-like substance to help transmit sound waves. They targeted an area called the frontal eye field, around the front of the head, which is part of the visual perception system.

Notably, they didn’t go after the actual reward brain circuits, which are buried far deeper inside the brain and are harder to target. As the reasoning goes, if any part of the decision-making process of “where to look” changes, it’s potentially possible to hijack the downstream, more easily-targeted circuits to control it.

The results were stunning. Regardless of reward, when scientists stimulated the left frontal eye field, which controls the right hemisphere of sight, both monkeys turned their gaze towards the right-side target. Switching regions, stimulating neurons in the right frontal eye field resulted in the monkeys looking left—again, reward be damned.

To make sure that the result is specific to the task, rather than inadvertently over-activating multiple brain regions, the team then tried the same stimulation recipe for the motor cortex, which isn’t involved in the choice task. Both George and Frank went about their daily business, seemingly not feeling the ultrasound at all. Similarly, the monkeys’ choice of where to look revered back to their instinctive behaviors when the ultrasound wand was off.

“Ultrasound can produce strong effects, up to the point of influencing behavior. And changes in behavior is what we ultimately care about. For instance, we may be able to correct poor decision-making or at least reduce a person’s tremor in the hand,” said Kubanek. It’s really a simple paradigm to measure how effective ultrasound is in controlling behavior, he added.

The study is an early, though powerful, demonstration of how ultrasound can influence our minds. It’s not a reason to put on your tinfoil hat: the study was done in monkeys, under very specific laboratory circumstances, and for a perception task. It’s a far cry from “mind control.”

But for those in the neuromodulation field, the study is a welcomed entry. Ultrasound can reach deep regions of the human brain, which is currently impossible with most non-invasive brain stimulation technologies. According to this study, said Kubanek, a stimulation protocol of 40 minutes could potentially lead to results that last for weeks.

Kubanek is putting his money where his mouth is. The team is now building a prototype device for human use, with the first goal being to use it to help people with depression in three years.

“[Our study] could open the way to future systematic studies of brain function in humans and to targeted personalized treatments of brain disorders,” the authors said.