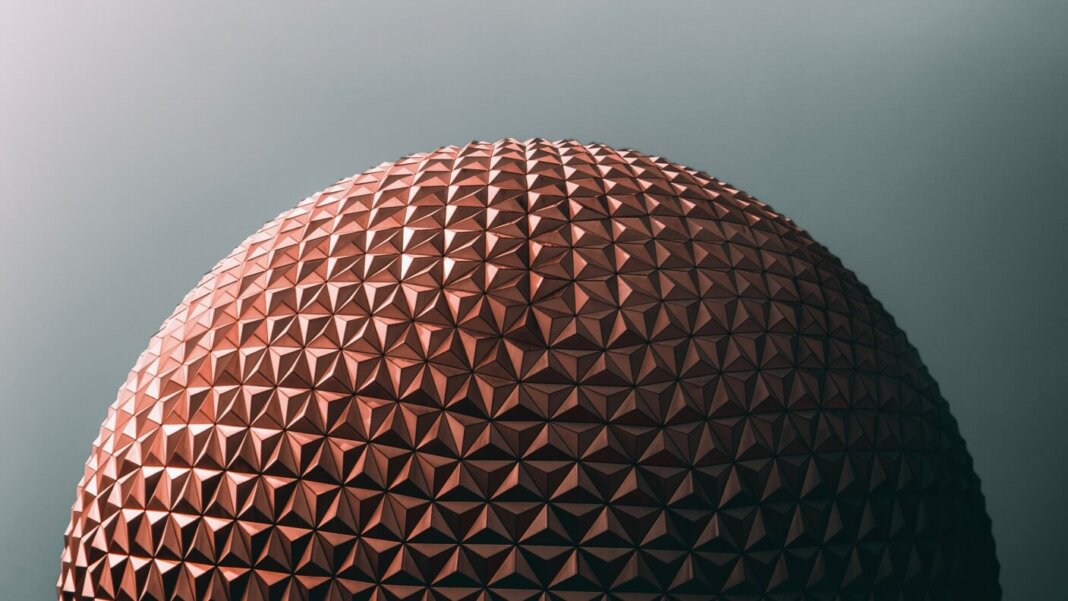 How Holographic Tech Is Shrinking VR Displays to the Size of Sunglasses
Kyle Orland | Ars Technica
“…researchers at Facebook Reality Labs are using holographic film to create a prototype VR display that looks less like ski goggles and more like lightweight sunglasses. With a total thickness less than 9mm—and without significant compromises on field of view or resolution—these displays could one day make today’s bulky VR headset designs completely obsolete.”

Stock Surge Makes Tesla the World’s Most Valuable Automaker
Timothy B. Lee | Ars Technica
“It’s a remarkable milestone for a company that sells far fewer cars than its leading rivals. …But Wall Street is apparently very optimistic about Tesla’s prospects for future growth and profits. Many experts expect a global shift to battery electric vehicles over the next decade or two, and Tesla is leading that revolution.”

These Plant-Based Steaks Come Out of a 3D Printer
Adele Peters | Fast Company
“The startup, launched by cofounders who met while developing digital printers at HP, created custom 3D printers that aim to replicate meat by printing layers of what they call ‘alt-muscle,’ ‘alt-fat,’ and ‘alt-blood,’ forming a complex 3D model.”

The US Air Force Is Turning Old F-16s Into AI-Powered Fighters
Amit Katwala | Wired UK
“Maverick’s days are numbered. The long-awaited sequel to Top Gun is due to hit cinemas in December, but the virtuoso fighter pilots at its heart could soon be a thing of the past. The trustworthy wingman will soon be replaced by artificial intelligence, built into a drone, or an existing fighter jet with no one in the cockpit.”

NASA Wants to Build a Steam-Powered Hopping Robot to Explore Icy Worlds
Georgina Torbet | Digital Trends
“A bouncing, ball-like robot that’s powered by steam sounds like something out of a steampunk fantasy, but it could be the ideal way to explore some of the distant, icy environments of our solar system. …This round robot would be the size of a soccer ball, with instruments held in the center of a metal cage, and it would use steam-powered thrusters to make jumps from one area of terrain to the next.”

Could Teleporting Ever Work?
Daniel Kolitz | Gizmodo
“Have the major airlines spent decades suppressing teleportation research? Have a number of renowned scientists in the field of teleportation studies disappeared under mysterious circumstances? Is there a cork board at the FBI linking Delta Airlines, shady foreign security firms, and dozens of murdered research professors? …No. None of that is the case. Which begs the question: why doesn’t teleportation exist yet?”

Nuclear ‘Power Balls’ Could Make Meltdowns a Thing of the Past
Daniel Oberhaus | Wired
“Not only will these reactors be smaller and more efficient than current nuclear power plants, but their designers claim they’ll be virtually meltdown-proof. Their secret? Millions of submillimeter-size grains of uranium individually wrapped in protective shells. It’s called triso fuel, and it’s like a radioactive gobstopper.”

A Plan to Redesign the Internet Could Make Apps That No One Controls
Will Douglas Heaven | MIT Techology Review
“[John Perry] Barlow’s ‘home of Mind’ is ruled today by the likes of Google, Facebook, Amazon, Alibaba, Tencent, and Baidu—a small handful of the biggest companies on earth. Yet listening to the mix of computer scientists and tech investors speak at an online event on June 30 hosted by the Dfinity Foundation…it is clear that a desire for revolution is brewing.”

To Save the World, the UN Is Turning It Into a Computer Simulation
Will Bedingfield | Wired
“The UN has now announced its new secret recipe to achieve [its 17 sustainable development goals or SDGs]: a computer simulation called Policy Priority Inference (PPI). …PPI is a budgeting software—it simulates a government and its bureaucrats as they allocate money on projects that might move a country closer to an SDG.”