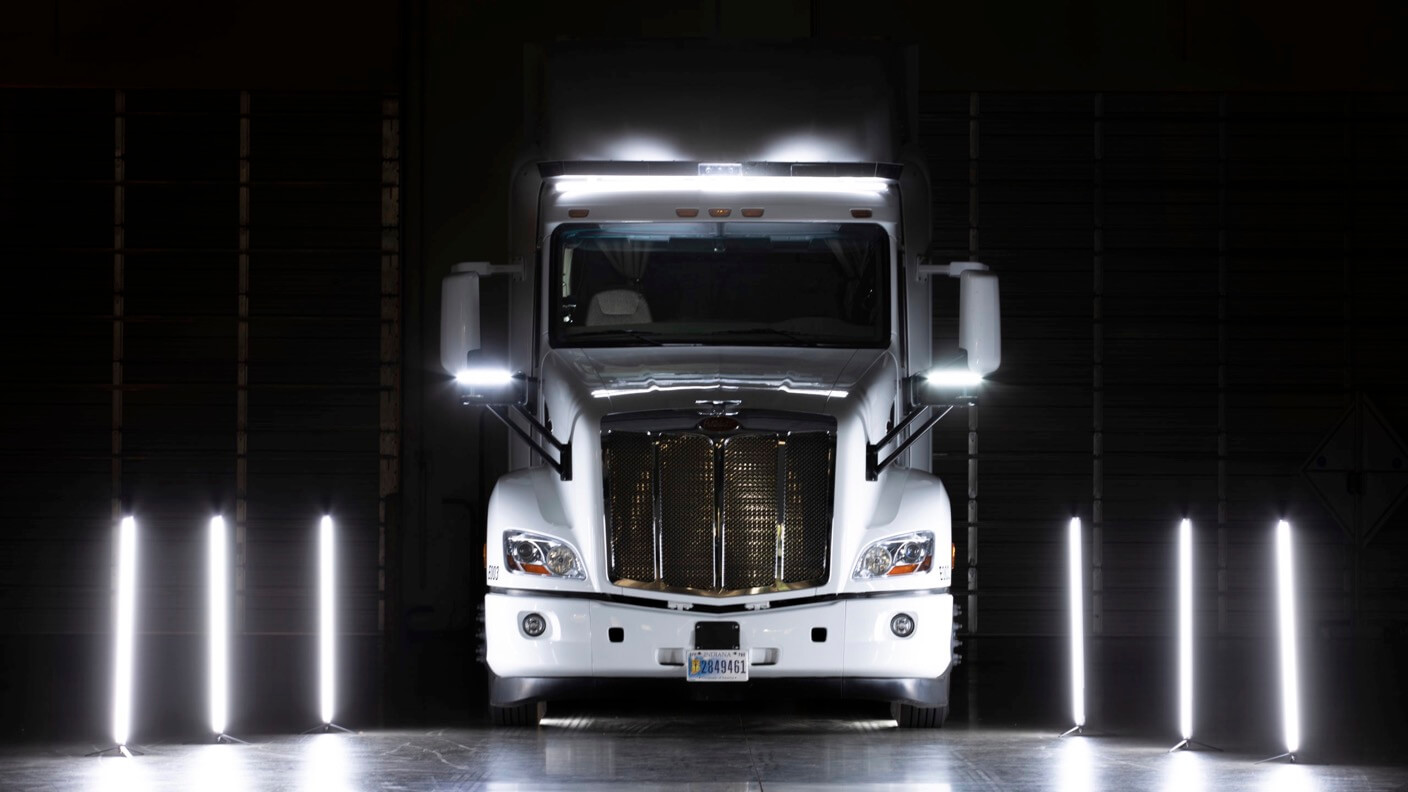 In 2016, an 18-wheeler jam-packed with cans of Budweiser made a beer run from Fort Collins to Colorado Springs—with no driver at the wheel.

It was one small 120-mile jaunt for a robot big rig (and its maker, Otto), one giant leap for beer delivery. Four years on, TuSimple, another self-driving truck maker, is planning to extend autonomous beer shipment—or more accurately, whatever cargo their customers so choose—to the whole country with a coast-to-coast network of robot trucks.

This week, the company and several big name partners, including UPS and Penske, announced plans for an autonomous freight network of self-driving trucks, digitally mapped routes, terminals, and a central operations system to monitor the lot.

According to TuSimple, they’ll build the network in phases. The company already operates seven routes between Phoenix, Tucson, El Paso, and Dallas. Later this year and into next they’ll add routes to Houston and San Antonio. New routes from Los Angeles to Jacksonville will link West Coast and East Coast in 2022 and 2023. And in the following year, the company will roll out commercial availability and further expand to major shipping routes throughout the contiguous US.

If this strategy works, TuSimple will copy-paste it in Europe and Asia, and just like that, their robot trucks will be cruising the world’s highways loaded with goodies. Maybe.

Given the state of self-driving car timelines, which have long overpromised and underdelivered, TuSimple’s coast-to-coast network might sound overambitious. Indeed, the company behind that inaugural Colorado beer run, Otto, is no more—it was acquired and subsequently shuttered by Uber two years later. Starsky, another well-known self-driving truck startup, saw a Series B investment fall apart last November and, after looking for a buyer in the ensuing months, was forced to shut down when none could be found.

Still, there are reasons to believe self-driving trucks are closer to practical and mainstream commercial use than general purpose self-driving cars.

For one, there are plenty of big companies and startups working the problem, from Daimler and Aurora to Waymo and Embark. TuSimple, in particular, has long partnered with veteran shipping companies, has already raised $298 million at a valuation of $1 billion, and according to TechCrunch, is currently going after another $250 million.

Also, TuSimple isn’t building their network of robot trucks from scratch. Founded way back in 2015, the company is now one of the more established players. In 2018, they started testing a route on public roads between Tucson and Phoenix and another in Shanghai. Today, they operate a fleet of 40 autonomous trucks running some 20 trips a week.

Finally, they’ve adopted a sensible model based on trucks that handle themselves on highways with a human in the cab (for now). Long haul trucks spend the vast majority of their time on highways, and highways are simpler to navigate than city streets. TuSimple’s trucks will hand the wheel over to a human for off-the-highway driving.

The trucks use cameras, lidar, and radar to construct a real-time view of their surroundings. But TuSimple is also making digital maps of a highway’s every twist and turn on each route. Combining these maps with sensor data, TuSimple says their trucks can safely drive routes in any conditions.

They’re not alone in this strategy. Volvo, which is also developing self-driving trucks, recently announced it’ll offer passenger cars that can drive themselves on mapped sections of highway. The software behind Waymo’s self-driving cars and trucks similarly relies on intricate digital maps.

Even as TuSimple maps routes across the country, its competitors will be doing the same thing. Waymo also announced this week the expansion of self-driving truck routes across the Southwest and Texas. Whereas TuSimple is building its own trucks, Waymo is focused on developing a software platform, Waymo Driver, that’s compatible with anyone’s trucks.

In the coming years, companies will install a massive new layer of infrastructure. Under asphalt and painted lines, an invisible road in binary to keep these machines on track.

It’s hoped self-driving trucks, which can be on the go 24/7—no sleep, no coffee—will prove safer and more cost-efficient, even with a backup human driver in the cab. When they’ve proven themselves over tens of millions of miles, and the legal and regulatory frameworks have been worked out, they may even go it entirely alone.

While this may mark the end of many long haul driver jobs, TuSimple and others argue there’s already a shortage of drivers that will only grow in the future. And there will be other opportunities for work, whether it’s backup safety drivers to supervise trucks in the near term or drivers that can take trucks the last mile from highway to final destination.

It’ll likely be years yet before trucking is fully automated. Still, you may one day pass a big rig and, with a startled glance into the cab, notice no one’s at the wheel. There might not even be a cab—just a 20-ton box on 18 wheels doing 75 down the interstate.