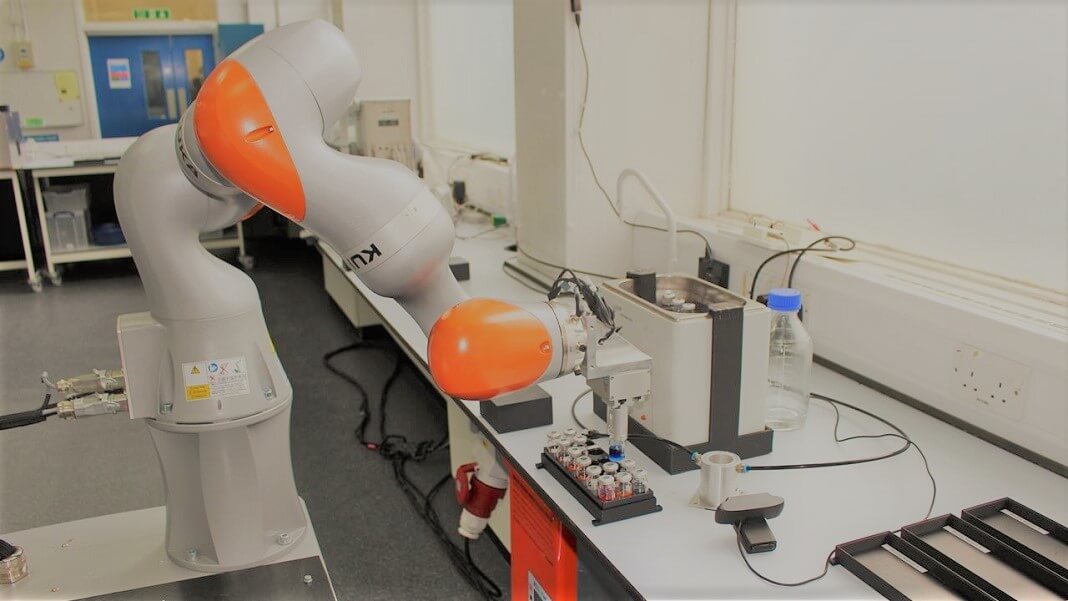 AI is being widely applied to speed up the search for new drugs and new materials that could dramatically improve critical technologies like batteries and solar panels. Most of this work is done in simulation or by trawling through databases, though, and a lot of science still requires work in the lab.

Robots are helping on that front as laboratory automation becomes increasingly prevalent, making high-throughput experiments possible in many different domains. But equipment tends to be tailored to very specific kinds of experiments and still requires considerable oversight by humans.

Now though, researchers at the University of Liverpool in the UK have created a mobile robot that can carry out experiments using standard lab equipment designed for humans and can make decisions on the fly about what experiments it should do next based on its previous results.

“Our strategy here was to automate the researcher, rather than the instruments,” project leader Andrew Cooper said in a press release. “This creates a level of flexibility that will change both the way we work and the problems we can tackle.”

The 400 kilogram wheeled system moves about the lab guided by LIDAR laser scanners and has an industrial robotic arm made by German firm Kuka that it uses to carry out tasks like weighing out solids, dispensing liquids, removing air from the vessel, and interacting with other pieces of equipment.

In a paper in Nature, the team describes how they put the device to work trying to find catalysts that speed up reactions that use light to split water into hydrogen and oxygen. To do this, the robot used a search algorithm to decide how to combine a variety of different chemicals and updated its plans based on the results of previous experiments.

The robot carried out 688 experiments over 8 days, working for 172 out of 192 hours, and at the end it had found a catalyst that produced hydrogen 6 times faster than the one it started out with.

Cooper points out to The Verge that this kind of research would normally not get done because it’s simply too time-consuming for a human to do. But by working around the clock the team predicts the robot can carry out the research roughly 1,000 times faster, opening up new avenues of research previously out of reach.

This isn’t the first time researchers have automated the scientific process. A group at MIT built a robot that drags objects through water, observes the flows and vortexes this produces, and then intelligently analyzes the results to decide alterations to the setup to fine-tune the experiment.

Another at the University of British Columbia is using a robotic arm combined with AI to create and test thin films for use in solar panels.

The big difference with this new robot scientist is its generality. Almost all efforts to automate lab work involve static implementations and are hardwired into specific bits of equipment, Cooper told Chemistry World. In contrast, the new system is able to interact with equipment the same way a human would, and it can move around the lab, which should make it possible to adapt for all kinds of applications.

Its creators have launched a startup call Mobotix, which Cooper told The Verge will provide a range of different robots of varying capabilities within 18 months. He also told Chemistry World he envisages the robots eventually being able to analyze the scientific literature to better guide their experiments.

If everything goes to plan it may not be long before an army of robot scientists catapults us into a new age of exponential progress.