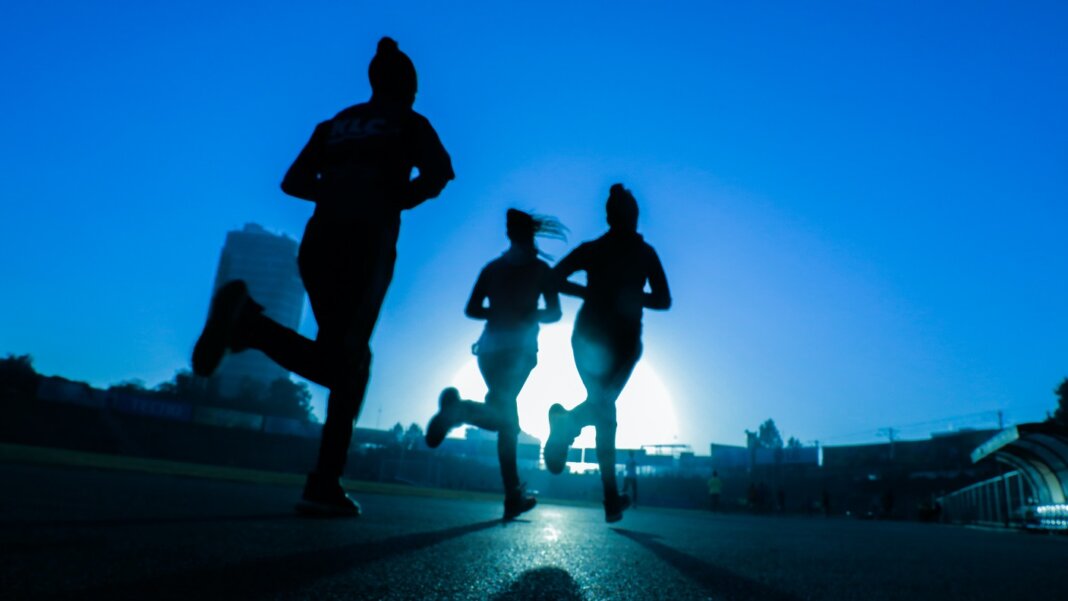 Brain aging is reversible. How? Why? And how much can we rejuvenate an already aged brain?

Those were the one conviction and three questions that guided me throughout my post-doctoral work at the University of California, San Francisco (UCSF).

Yes, this isn’t like my usual articles. For the first time, I’m covering my own work—a multi-year passion project that spans diverse ways to reverse brain aging, probes the intersection between body and mind, and hopefully one day can help battle the seemingly inevitable memory and cognitive decline we all face as we age.

The results were published in Science last week, in partnership with Alana Horowitz, PhD candidate, and under the guidance of Dr. Saul Villeda in the Department of Anatomy and the Eli and Edythe Broad Center of Regeneration Medicine and Stem Cell Research.

In summary: exercise, such as running, benefits an aging brain in such a way that it performs more like its younger self. We found that blood components from exercised mice, both adult and aged, can transfer memory and brain regeneration benefits to elderly “couch potato” mice. Surprisingly, the main trigger of that brain-stimulating cascade was a protein in the liver, which then exerted its influence on the brain through a complex game of molecular telephone in the blood that we still don’t fully understand.

The takeaway? A liver-to-brain biological highway, spurred into action by consistent running, is enough to substantially reverse brain aging, specifically in the hippocampus—the root of memory that captures the story of your life, and a region that notably declines with age and in Alzheimer’s disease. By better understanding the blood messengers involved, we could artificially activate this pathway and potentially protect the mental essence of what makes you you—even as your brain falters with age or disease.

We are still very far from making an “exercise in an anti-aging pill.” However, the study builds upon others to show that restoring memory in an aged brain with a drug isn’t complete fantasy.

Sound crazy? Here’s how the sausage got made.

Those who’ve followed me since my early blogging days know I’m obsessed with the intersection at the heart of three questions. One, how does exercise benefit the brain? Two, what slows age-related memory loss? Three, how does the brain regenerate?

I got a chance to explore this intersection when I joined the Villeda lab in 2015. Battling an urge to leave academia, I was seduced by his (and other teams’) findings that plasma—the watery component of blood, minus blood cells—from young mice, when injected multiple times into aged ones, was sufficient to stimulate an aged brain’s regenerative capabilities and memory functions.

It got me wondering: years of research show that memory loss in brain aging can be slowed or even reserved—“young blood” isn’t alone. Aerobic exercise, such as running, is one way. Caloric restriction is another. Or there’s cleaning out “zombie” cells, called senescent cells, that can no longer perform their usual action but instead pump out toxic inflammatory chemicals to their surroundings.

How do these treatments, often given to or exerted on the body, influence the brain? Are there chemical messengers in the blood that squeeze through the blood-brain barrier—a protective film of tightly-knit cells that isolates the brain from many blood components? Or is there an enigmatic conductor somewhere in the body remotely orchestrating a molecular symphony that sparks the fountain of youth in the brain?

Because blood plasma seems to transfer the “essence of youth” to the aged brain (and to the heart, liver, and other organs) from young animals, we first asked: is blood also the carrier of pro-youth factors stimulated by exercise?

We gave aged mice—about 65 or so in human age—running wheels in their cages. Lucky for us, mice love to run when given the chance. Six weeks later, as a sanity check, we found that mice with a running wheel performed far better than their lounging counterparts in multiple memory tests, validating previous studies that show exercise benefits the aging brain.

We then redid the experiment with another group of aged mice. This time, however, we distilled the plasma from runners and injected it into sedentary litter mates over the course of a month. This semi-chronic treatment provides time for the brains of the aged mice to regenerate.

You see, the hippocampus is special in that it’s one of two brain regions that gives birth to new neurons throughout most of life, although the rate declines with age. Newborn neurons take time to mature and integrate into existing neural circuits, like growing a plant and transplanting it into an established ecosystem. Whether this rebirth process happens in humans is profusely debated. However, newborn neurons in rodents have been linked to better performance in several aspects of memory—for example, where’s my car and did I park it in the same place as yesterday?—and is widely considered a measure of rejuvenation in the brain.

Without exercising a day, aged mice injected with the plasma from the runners performed better in memory tests—similar to a human in his or her late 30s or early 40s. Their hippocampi added more newborn neurons and boosted the level of a superstar brain-protective protein called BDNF (brain-derived neurotropic factor). But plasma is its own ecosystem, with a wild mix of hundreds of protein and other factors, that come and go depending on the body’s general climate. So what exactly in the plasma of runner mice is causing this brain boost?

Enter proteomics magic. It’s a big-data approach screen that looks at how protein levels change after certain manipulations, such as exercise. Our screen honed in on GPLD1, a protein in the liver.

It’s a weird one. It’s never previously been linked to brain aging, neurogenesis, or rejuvenation. But Alana found that if you artificially increase the amount of GPLD1 in the liver through genetic modification in aged mice, it recapitulates the memory-enhancing effects of plasma from exercised mice. What’s more, similar to mice, we found that GPLD1 is higher in physically active aged humans compared to inactive people—paving the way to translate our results from mice to men.

It gets weirder. GPLD1 doesn’t go into the brain. It’s too large and gets blocked by that thin film of cells, the blood-brain barrier. So why does it help an aging brain?

The answer seems to be a molecular signaling chain. GPLD1, as an enzyme, works on other proteins that regulate inflammation, including the toxic chemical soup that senescent “zombie” cells spew out in an aged brain.

But the truth is, we’re still figuring it out. What we do know, however, is that exercise has vast and diverse effects throughout the body. Previous studies found that running also stimulates fat cells and muscle to benefit the brain’s regenerative and cognitive functions—with each organ using their own molecular “phone lines.” We know that these signals prevent age-related memory decline.

What we’ve shown, however, is that the body-to-brain information highway can also reverse the effects of brain aging. It means that even the aged brain is still remarkably flexible and its deterioration isn’t set in stone. It also suggests that one day, it might be possible to deliver GPLD1 or other brain-boosting molecules to elderly people incapable of exercise and transfer those beneficial effects—without them ever leaving the couch.

What comes next? I’m no longer in academia, but my original three questions about brain aging—and its reversal—remain.

One: how? GPLD1, though very potent, isn’t the only molecule that bridges body to brain. Exercise also affects blood vessels and blood flow, bone and skeletal structure, which combined are bound to impact mental processes. What are those pathways? How prominent are they and how do they work?

Two: why? Aging isn’t just loss of regeneration. The brain cells’ energy factory—the mitochondria—malfunctions. Inflammation flares up. Senescent zombie cells accumulate. Does GPLD1 affect any of those hallmarks of aging?

Finally, the big one. Our study shows that blood transfers the brain-rejuvenating effects of exercise when the plasma is taken from mature and aged mice. But blood also has pro-youth, brain-beneficial factors when drawn from young mice. Can we combine the effects of exercise and youth? Would lazy aged mice, receiving plasma from physically active and young mice, exhibit an even larger level of rejuvenation than either exercise or young blood alone? Would we? How far back can we reverse the wheel of time when it comes to brain aging?