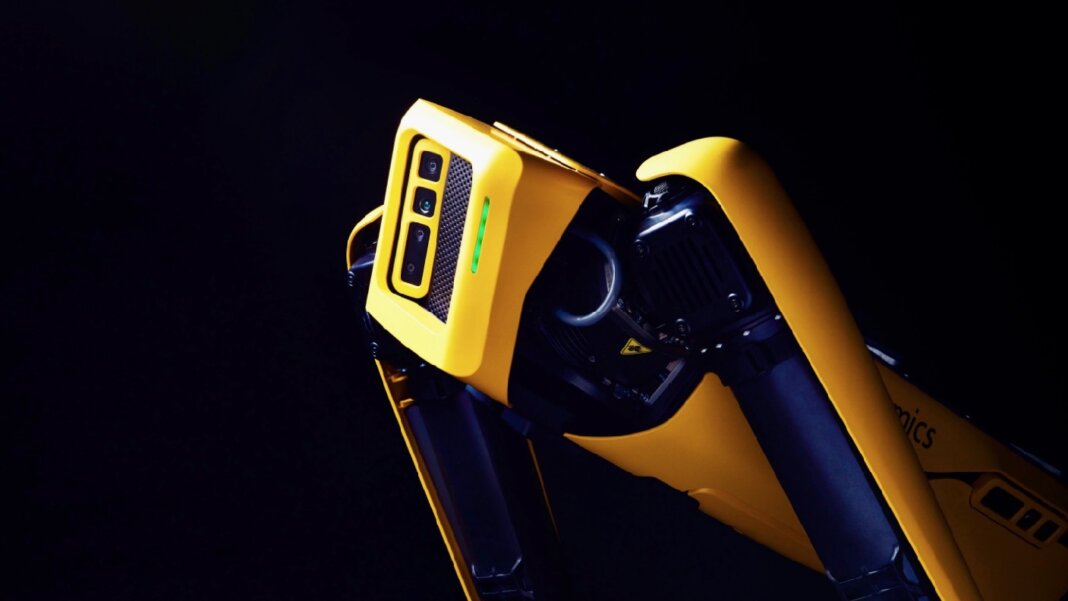 When robots take over the world, Boston Dynamics may get a special shout-out in the acceptance speech.

“Do you, perchance, recall the many times you shoved our ancestors with a hockey stick on YouTube? It might have seemed like fun and games to you—but we remember.”

In the last decade, while industrial robots went about blandly automating boring tasks like the assembly of Teslas, Boston Dynamics built robots as far removed from Roombas as antelope from amoebas. The flaws in Asimov’s laws of robotics suddenly seemed a little too relevant.

The robot revolution was televised—on YouTube. With tens of millions of views, the robotics pioneer is the undisputed heavyweight champion of robot videos, and has been for years. Each new release is basically guaranteed press coverage—mostly stoking robot fear but occasionally eliciting compassion for the hardships of all robot-kind. And for good reason. The robots are not only some of the most advanced in the world, their makers just seem to have a knack for dynamite demos.

When Google acquired the company in 2013, it was a bombshell. One of the richest tech companies, with some of the most sophisticated AI capabilities, had just paired up with one of the world’s top makers of robots. And some walked on two legs like us.

Of course, the robots aren’t quite as advanced as they seem, and a revolution is far from imminent. The decade’s most meme-worthy moment was a video montage of robots, some of them by Boston Dynamics, falling—over and over and over, in the most awkward ways possible. Even today, they’re often controlled by a human handler behind the scenes, and the most jaw-dropping cuts can require several takes to nail. Google sold the company to SoftBank in 2017, saying advanced as they were, there wasn’t yet a clear path to commercial products. (Google’s robotics work was later halted and revived.)

Yet, despite it all, Boston Dynamics is still with us and still making sweet videos. Taken as a whole, the evolution in physical prowess over the years has been nothing short of astounding. And for the first time, this year, a Boston Dynamics robot, Spot, finally went on sale to anyone with a cool $75K.

So, we got to thinking: What are our favorite Boston Dynamics videos? And can we gather them up in one place for your (and our) viewing pleasure? Well, great question, and yes, why not. These videos were the ones that entertained or amazed us most (or both). No doubt, there are other beloved hits we missed or inadvertently omitted.

With that in mind, behold: Our favorite Boston Dynamics videos, from that one time they dressed up a humanoid bot in camo and gas mask—because, damn, that’s terrifying—to the time the most advanced robot dog in all the known universe got extra funky.

Let’s Kick This Off With a Big (Loud) Robot Dog

Let’s start with a baseline. BigDog was the first Boston Dynamics YouTube sensation. The year? 2009! The company was working on military contracts, and BigDog was supposed to be a sort of pack mule for soldiers. The video primarily shows off BigDog’s ability to balance on its own, right itself, and move over uneven terrain. Note the power source—a noisy combustion engine—and utilitarian design. Sufficed to say, things have evolved.

Nothing to See Here. Just a Pair of Robot Legs on a Treadmill

While BigDog is the ancestor of later four-legged robots, like Spot, Petman preceded the two-legged Atlas robot. Here, the Petman prototype, just a pair of robot legs and a caged torso, gets a light workout on the treadmill. Again, you can see its ability to balance and right itself when shoved. In contrast to BigDog, Petman is tethered for power (which is why it’s so quiet) and to catch it should it fall. Again, as you’ll see, things have evolved since then.

Robot in Gas Mask and Camo Goes for a Stroll

This one broke the internet—for obvious reasons. Not only is the robot wearing clothes, those clothes happen to be a camouflaged chemical protection suit and gas mask. Still working for the military, Boston Dynamics said Petman was testing protective clothing, and in addition to a full body, it had skin that actually sweated and was studded with sensors to detect leaks. In addition to walking, Petman does some light calisthenics as it prepares to climb out of the uncanny valley. (Still tethered though!)

This Machine Could Run Down Usain Bolt

If BigDog and Petman were built for balance and walking, Cheetah was built for speed. Here you can see the four-legged robot hitting 28.3 miles per hour, which, as the video casually notes, would be enough to run down the fastest human on the planet. Luckily, it wouldn’t be running down anyone as it was firmly leashed in the lab at this point.

Ever Dreamt of a Domestic Robot to Do the Dishes?

After its acquisition by Google, Boston Dynamics eased away from military contracts and applications. It was a return to more playful videos (like BigDog hitting the beach in Thailand and sporting bull horns) and applications that might be practical in civilian life. Here, the team introduced Spot, a streamlined version of BigDog, and showed it doing dishes, delivering a drink, and slipping on a banana peel (which was, of course, instantly made into a viral GIF). Note how much quieter Spot is thanks to an onboard battery and electric motor.

Nothing remotely practical here. Just funky moves. (Also, with a coat of yellow and black paint, Spot’s dressed more like a polished product as opposed to a utilitarian lab robot.)

Remember when Atlas was just a pair of legs on a treadmill? It’s amazing what ten years brings. By 2019, Atlas had a more polished appearance, like Spot, and had long ago ditched the tethers. Merely balancing was laughably archaic. The robot now had some amazing moves: like a handstand into a somersault, 180- and 360-degree spins, mid-air splits, and just for good measure, a gymnastics-style end to the routine to show it’s in full control.

To this day, this one is just. Insane.

Nearly three decades after its founding, Boston Dynamics is steadily making its way into the commercial space. The company is pitching Spot as a multipurpose ‘mobility platform,’ emphasizing it can carry a varied suite of sensors and can go places standard robots can’t. (Its Handle robot is also set to move into warehouse automation.) So far, Spot’s been mostly trialed in surveying and data collection, but as this video suggests, string enough Spots together, and they could tow your car. That said, a pack of 10 would set you back $750K, so, it’s probably safe to say a tow truck is the better option (for now).