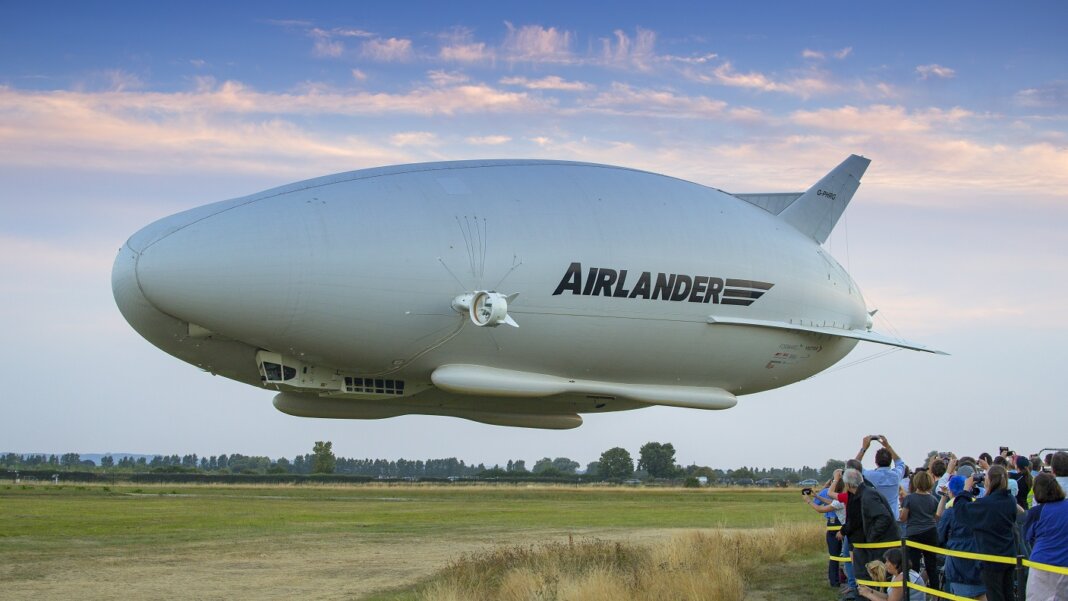 As concern over climate change and rising temperatures grows, the airline industry is taking heat (pun intended). Flying accounts for 2.5 percent of global carbon dioxide emissions; that’s lower than car travel and maritime shipping, but still a chunk worth acknowledging.

In some parts of the world people have started “flight-shaming,” that is, giving up air travel themselves and encouraging others to find alternative means of transport that are more climate-friendly. Sweden’s national flygskam campaign, which started in 2017, even led to a nine percent decrease in domestic air travel.

It’s possible to cut back on air travel, but given the globalized nature of business, the economy, and even families and friendships, we’re not going to stop needing a fast, relatively pain-free way to get across countries or around the globe; some things simply can’t be done over Zoom.

An unexpected potential solution is being floated (again, pun intended) by companies that believe people will be willing to trade a lot of time and money for a more planet-friendly way to travel: by airship.

The term “airship” encompasses motorized craft that float due to being filled with a gas that’s lighter than air, like helium or hydrogen; blimps and zeppelins are the most common. Airships were used for bombings during World War I, and started carrying passengers in the late 1920s. In 1929 Germany’s Graf Zeppelin fully circled the globe, breaking the trip up into four legs and starting and ending in New Jersey; it took 22 days in total and carried 61 people. By the mid-1930s there were regular trans-Atlantic passenger flights.

Airships don’t need fuel to lift them off the ground, they just need it to propel them forward. Hydrogen was initially the lifting gas of choice, as it was cheap and abundant (and is lighter than helium). But the explosion of the Hindenburg in 1937 not only made the use of hydrogen all but defunct, it dismantled the passenger airship industry virtually overnight (interestingly, though, the Hindenburg wasn’t the deadliest airship disaster; it killed 36 people, but a crash 4 years prior killed 73 people).

Since then, airships have been relegated to use for large ads-in-the-sky, and before drones became commonplace they were used to take aerial photos at sporting events.

But passenger airships may soon be making a comeback, and more than one company is already banking on it. OceanSky Cruises—based, perhaps unsurprisingly, in Sweden—is currently taking reservations for expeditions to the North Pole in the 2023-2024 season. According to Digital Trends, a cabin for two is going for $65,000.

Carl-Oscar Lawaczeck, OceanSky Cruises’ CEO, points out several advantages airships have over planes; their environmental sustainability is just the beginning. “The possibilities are amazing when you compare airships with planes,” he said. “Everything is lighter and cheaper and easier and that gives a lot of possibilities.”

Airships have fewer moving parts, and they don’t need a runway to land on or take off from. They’re far more spacious and can carry larger and heavier loads.

If you cringe at the thought of 12 hours of stiff-backed, knee-crunched, parched-air flights, imagine something closer to a flying cruise ship: your own room, a bed, a restaurant and bar, maybe even a glass-floored observation room where you could see the landscape below drifting past in glorious detail.

Would all this make it worth the fact that 12 hours of travel would turn into 60? Airships travel at about one-fifth of the speed of planes; 20 knots versus 100. And nowadays the lifting gas of choice is helium, despite being expensive and scarce.

OceanSky is far from the only company pouring money into resurrecting the airship.

Google co-founder Sergey Brin also started an airship company. LTA (which stands for lighter than air!) Research and Exploration’s primary stated purpose is to build ultra-cheap craft to be used for humanitarian missions. The aforementioned lack of need for runways makes airships a promising and practical option for delivering supplies to remote, hard-to-reach locations.

To that end, Barry Prentice, who leads the Canadian company Buoyant Aircraft Systems International, hopes to use airships to transport pre-built structures for schools and housing to remote parts of Canada that lack good roads.

And earlier this year, French airship company Flying Whales (I mean, how can you not adore that name?) received $23 million in funding from the government of Quebec to build cargo-carrying Zeppelins.

Given our current pandemic-dominated reality, it’s hard to imagine a future of seamless global travel of any kind, much less on an airship. But that future will, thankfully, arrive (though when is anyone’s guess). As calls for climate action get louder and the costs associated with airships drop—as the cost of any new technology tends to do with time—we may find ourselves going retro and being ferried across the globe by giant helium-filled balloons.