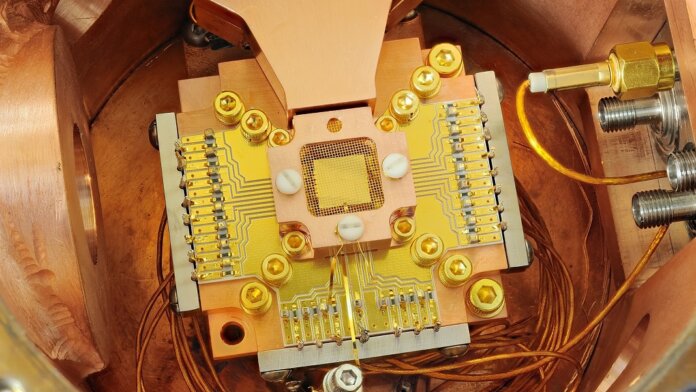 No one likes noise when they’re working through a difficult problem. Quantum computers are no different, and now researchers have devised a new way to estimate how noise can throw their calculations off, a big step towards making the technology practical.

The quantum states at the heart of today’s quantum computers are fragile things. They are highly susceptible to disturbances from everything from stray magnetic fields to the minuscule imperfections in the control electronics or materials used to build the device.

These sources of noise can easily cause errors to creep into calculations, so finding ways to properly characterize and mitigate them will be essential for building quantum computers that can solve real-world problems.

While in the future we may be able to build quantum computers that are less prone to disturbances, in the meantime we will need to find ways to mitigate the errors they cause. A major barrier to building larger quantum computers is that it is likely to require multiple qubits dedicated to error correcting for every qubit used in calculations.

But doing that kind of error correction first requires you to understand the noise it is causing, a problem that is not trivial. Current approaches for characterizing this noise either provide a single figure, which is too simplistic to guide sophisticated error correction, or only work for devices smaller than the tens of qubits seen in today’s state-of-the-art quantum computers.

Now though, researchers at the University of Sydney have demonstrated a new technique that provides a detailed and accurate picture of noise across a network of qubits and is theoretically able to scale to as many qubits as required. They describe their algorithm in a paper in Nature Physics.

“Our experiments give the first demonstration of a protocol that is practical, relevant, and immediately applicable to characterizing error rates and correlated errors in present-day devices with a large number of qubits,” the authors write. “This protocol opens myriad opportunities for novel diagnostic tools and practical applications.”

When dealing with systems whose individual components can all interact with each other—as is the case with the qubits in a quantum computer—the number of possible interactions can increase exponentially as the number of components does.

To avoid this problem, the researchers came up with several shortcuts and simplifications that help focus on the most important interactions, making the calculations tractable while still providing a precise enough result to be practically useful.

To test their approach, they put it to work on a 14-qubit IBM quantum computer accessed via the company’s IBM Quantum Experience service. They were able to visualize correlations between all pairs of qubits and even uncovered long-range interactions between qubits that had not been previously detected and will be crucial for creating error-corrected devices.

They also used simulations to show that they could apply the algorithm to a quantum computer as large as 100 qubits without calculations getting intractable. As well as helping to devise error-correction protocols to cancel out the effects of noise, the researchers say their approach could also be used as a diagnostic tool to uncover the microscopic origins of noise.

There’s still a long way to go until quantum computers get large enough to solve practically useful problems. But at least now we know that when they arrive, we’ll be able to protect their delicate qubits from the quantum ruckus going on around them.