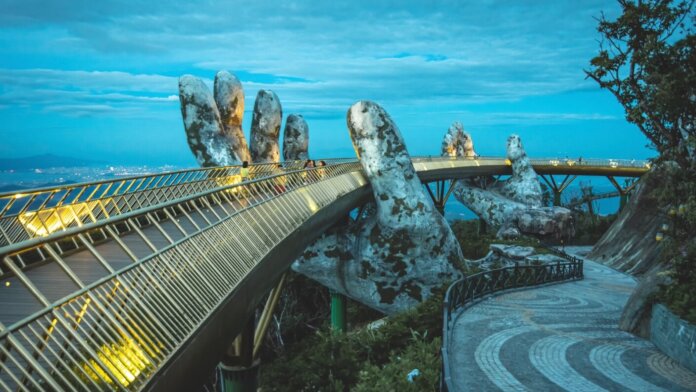 What will the future look, smell, sound, taste, and feel like? And why on Earth—and other planets—are those questions relevant, especially given the havoc going on in the world, right here and now?

Simply put, because those future sensory experiences will be the ultimate test of whether we made it through this difficult era. As long as we’re embodied beings, processing the world through our senses, there will be no holier grail than making sure that what those senses register is pleasurable. Essentially, whether existing in our world is painful or lovely can be understood in aesthetic terms.

As such, it’s worth noting that the beginning of this decade has more of a cyberpunk aesthetic than we’d like.

The streets of Blade Runner and Hong Kong have become more indistinguishable than ever. The disturbingly wealthy have launched rockets over streets filled with people in cloth masks raising their fists and demanding justice, while SWAT teams dispense surveillance drones and teargas. Smoke is turning the sun red as historic wild fires rage. Powerful storms lash buildings and flood cities. Elon Musk did our era no visual favor by introducing a truck whose design suggests cool and kevlar are becoming one—a style perhaps best described as “apocalypse flair.”

Iconic game creator Mike Pondsmith is often credited with the creation of the cyberpunk aesthetic: In 2020, so many people started calling out the idea his work is coming to life that he issued a statement reminding people that his aesthetic had been “a warning,” not something to aspire to.

Indeed, a lot of serious science fiction work aims to scare us away from less-than-palatable trajectories we might be considering, or have already embarked on. On Sci-Fi-Agenda, a comprehensive curation of science fiction movies with visionary ambitions, not a single film imagines a world with more beauty than we have now (or have already left behind).

This, one could argue, is because doomsday scenarios are easier to paint than realistic utopias. But as 2020 began appearing more and more like a sixth season of Black Mirror, the creator of the iconic series, Charlie Brooker, said he was taking a break from his fictional dystopias. The need for psychological ease, for soothing images of impending solace, and, better yet, something concrete to believe in and strive towards? Well, that need is acute.

Enter an aesthetic and ideological movement known as solarpunk.

Solarpunk is gorgeous by most measures and serves as an umbrella term for an aesthetic and ideology that emphasizes biomimicry, greenery, and mind-blowing architectonic structures built to enable sustainability and self-sufficiency. It’s high-tech art nouveau, if you will. It’s not the hippie dream of people spending their brief lifetime on laborious agriculture, it’s agritech and automated farming. It’s not “back to nature,” but forward into an upgraded, engineered take on “the natural.”

The word solarpunk got its start on the blog Republic of the Bees in 2008, but true to its principles, this is not a centralized movement. And obviously, no one can be the boss of an aesthetic—everyone inspired by the visuals and vision of solarpunk can be part of further iterations and help evolve the style. Some projects, however, have been claimed as landmark examples of its look and feel.

These are the Gardens by the Bay in Singapore, the Golden bridge in Vietnam, a number of the mind blowing structures MAD architects have on their roster, and the still only blueprinted Hyperions—skyscraper gardens—that arose from the mind of Vincent Callebaut. In terms of fiction, Kim Stanley Robinson’s 2312 and Mars trilogy along with Octavia E. Butler’s Parable of the Sower have all been claimed as being in line with solarpunk. And as for movies, there is of course a famous example—the vision of Wakanda, presented in Black Panther. The overlap between solarpunk and afrofuturism—a movement brilliantly summarized in the work of Ytasha Womack—is significant. The process of decolonizing one’s imagination is the first step to envisioning a future where pleasures are more evenly distributed than was the case in our past.

This vision is made more compelling by the solarpunk movement’s continuous call to immediate action. To materialize the imagined, and to do so now. With solarpunk’s emphasis on peer-to-peer, turning what you desire into reality is not about waiting for an authority to deliver, but to take it upon yourself to organize and manifest.

The solarpunk credo is to grow the new world in the soil exposed by the widening cracks of the old world. And that is as literal as it is metaphorical. Seed swaps and projects like Open Source Ecology encourage people to grow, build, and print the world they want to see around them. Projects like ReGen villages, the so-called “Tesla of ecovillages,” now partnering with municipalities on four continents. Or the legally innovating Schoonschip community built on water in the Netherlands and the plethora of intentional communities listed on numundo.

The job of the artist is to make the revolution irresistible. A powerful way to combat destructive behaviors of any kind is to construct a sound image of where you’d like to be at some point in the future. Explore what it will sound, look, taste, and feel like to live your future life, to be your future self. And then assess each temptation you face with this image in mind. Weigh whether it will move you closer or further away from that future. Seduce yourself, appropriate your own longing for a better, more pleasurable, more spectacular future.

The movement is a call to action for studios to make movies, for artists to paint pictures, and for anyone with access to the means of creation and communication to participate in the most pragmatic form of dreaming. To imagine a world so compelling you don’t want to wake up—not until the dreamworld becomes reality. To create something literal, like Akon’s newly announced project to build a real life Wakanda in Senegal.

Solarpunk just might be the cultural movement we deserve in the midst of our ongoing trials and tribulations. It’s the one we need to make the rest of this decade a palatable, even euphoric experience. Sometimes, demanding to thrive is the very best way to survive. It is the necessity and audacity not only of hope, but of beauty. 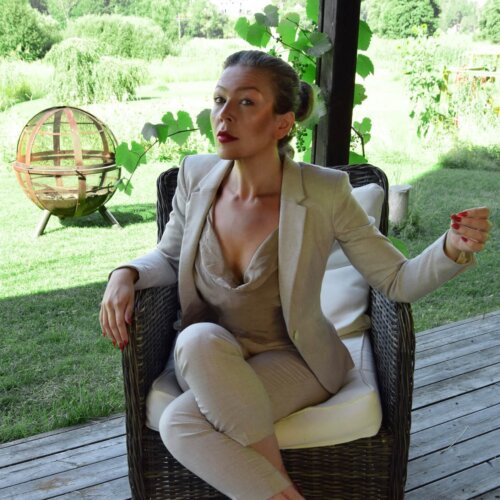 Carin Ism
Carin Ism is the co-founder of the Future of Governance Agency (FOGA) and co-author of “How to Rule a World—A Guide to the Established and Emerging Tools for Power and Governance in the 21st century” to be released in 2020. Ism is faculty at SingularityU Nordic and teaches on distributed ledger technology and the future of governance. She was the principal investigator of the first governance study in a Mars simulation and also the chair of Effective Altruism’s Swedish branch, which works to promote longtermism and effectiveness in policy, foreign aid, and philanthropy. Previous to this, Ism was the Executive Director of the Global Challenges Foundation and led the inception and development of the New Shape Prize, the first report on global governance of global risks, and a reform to pivot Scandinavia’s leading business education (SSE) towards global risks. Ism also served as board member of Humanity+ Sweden. She is the recipient of the 2019 Joseph Jaworski Next Generation Foresight Practitioners Award in International Policy.
RELATED