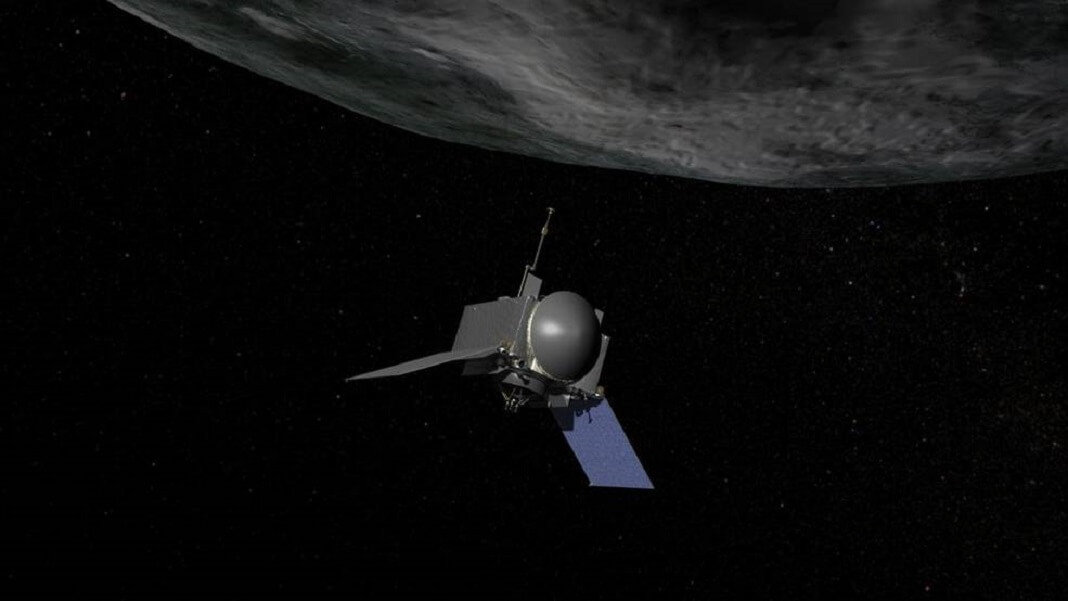 Exploiting the resources of outer space might be key to the future expansion of the human species. But researchers argue that the US is trying to skew the game in its favor, with potentially disastrous consequences.

The enormous cost of lifting material into space means that any serious effort to colonize the solar system will require us to rely on resources beyond our atmosphere. Water will be the new gold thanks to its crucial role in sustaining life, as well as the fact it can be split into hydrogen fuel and oxygen for breathing.

Regolith found on the surface of rocky bodies like the moon and Mars will be a crucial building material, while some companies think it will eventually be profitable to extract precious metals and rare earth elements from asteroids and return them to Earth. But so far, there’s little in the way of regulation designed to govern how these activities should be managed.

Now two Canadian researchers argue in a paper in Science that recent policy moves by the US are part of a concerted effort to refocus international space cooperation towards short-term commercial interests, which could precipitate a “race to the bottom” that sabotages efforts to safely manage the development of space.

Aaron Boley and Michael Byers at the University of British Columbia trace back the start of this push to the 2015 Commercial Space Launch Competitiveness Act, which gave US citizens and companies the right to own and sell space resources under US law. In April this year, President Trump doubled down with an executive order affirming the right to commercial space mining and explicitly rejecting the idea that space is a “global commons,” flying in the face of established international norms.

Since then, NASA has announced that any countries wishing to partner on its forthcoming Artemis missions designed to establish a permanent human presence on the moon will have to sign bilateral agreements known as Artemis Accords. These agreements will enshrine the idea that commercial space mining will be governed by national laws rather than international ones, the authors write, and that companies can declare “safety zones” around their operations to exclude others.

Speaking to Space.com Mike Gold, the acting associate administrator for NASA’s Office of International and Interagency Relations, disputes the authors’ characterization of the accords and says they are based on the internationally-recognized Outer Space Treaty. He says they don’t include agreement on national regulation of mining or companies’ rights to establish safety zones, though they do assert the right to extract and use space resources.

But given that they’ve yet to be released or even finalized, it’s not clear how far these rights extend or how they are enshrined in the agreements. And the authors point out that the fact that they are being negotiated bilaterally means the US will be able to use its dominant position to push its interpretation of international law and its overtly commercial goals for space development.

Space policy designed around the exploitation of resources holds many dangers, say the paper authors. For a start, loosely-regulated space mining could result in the destruction of deposits that could hold invaluable scientific information. It could also kick up dangerous amounts of lunar dust that can cause serious damage to space vehicles, increase the amount of space debris, or in a worst-case scenario, create meteorites that could threaten satellites or even impact Earth.

By eschewing a multilateral approach to setting space policy, the US also opens the door to a free-for-all where every country makes up its own rules. Russia is highly critical of the Artemis Accords process and China appears to be frozen out of it, suggesting that two major space powers will not be bound by the new rules. That potentially sets the scene for a race to the bottom, where countries compete to set the laxest rules for space mining to attract investment.

The authors call on other nations to speak up and attempt to set rules through the UN Committee on the Peaceful Uses of Outer Space. Writing in The Conversation, Scott Shackelford from Indiana University suggests a good model could be the 1959 Antarctic Treaty, which froze territorial claims and reserved the continent for “peaceful purposes” and “scientific investigation.”

But the momentum behind the US’ push might be difficult to overcome. Last month, the agency announced it would pay companies to excavate small amounts of regolith on the moon. Boley and Byers admit that if this went ahead and was not protested by other nations, it could set a precedent in international law that would be hard to overcome.

For better or worse, it seems that US dominance in space exploration means it’s in the driver’s seat when it comes to setting the rules. As they say, to the victor go the spoils.