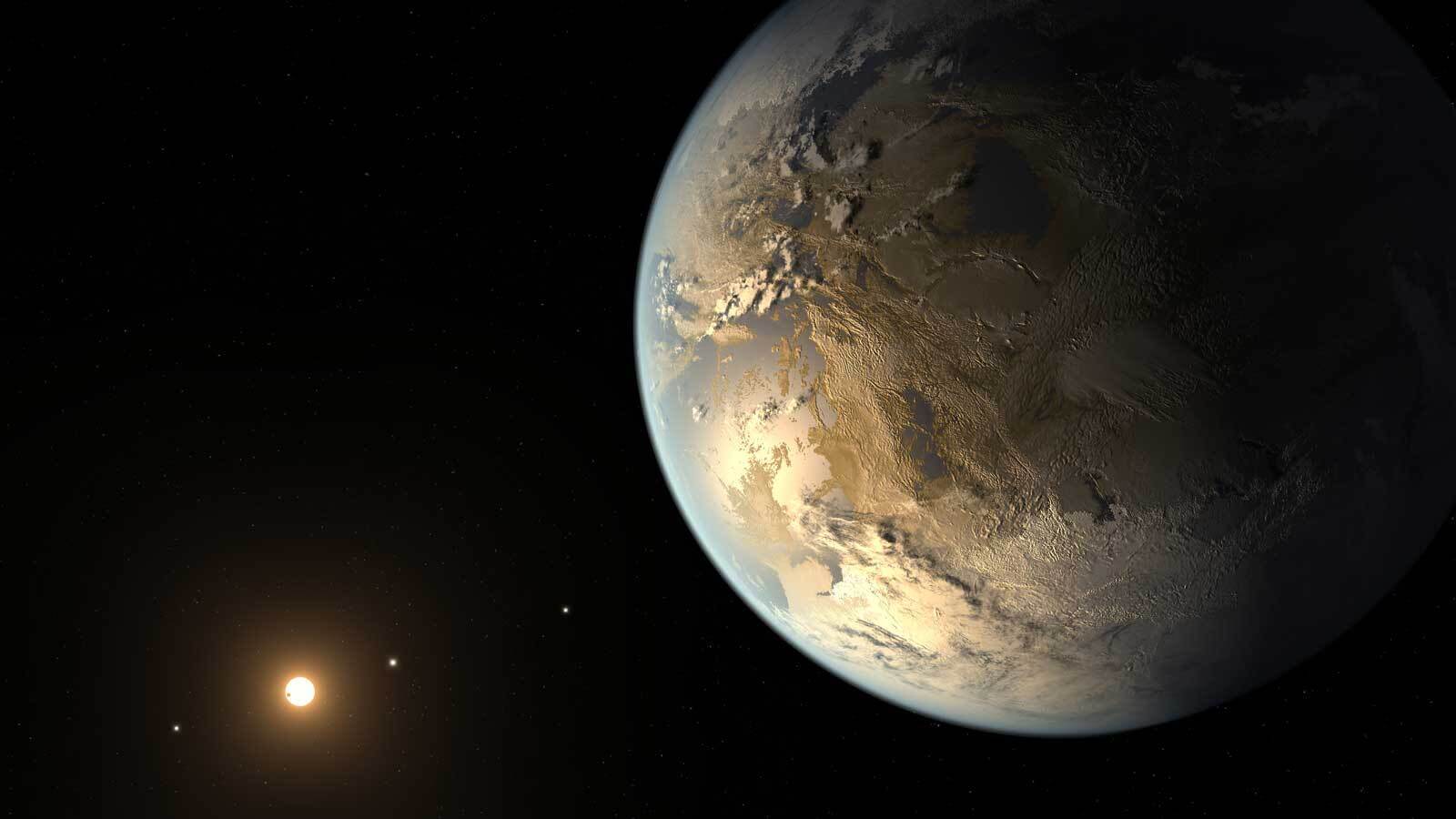 The first planets discovered outside our solar system were strange, unfamiliar worlds. These were giants like Jupiter, hotter than Venus, tearing around their suns inside the orbit of Mercury. Astronomers have since discovered planets where 10,000 mile-per-hour winds whip up metallic storm clouds that rain molten iron.

The diversity of extremes is captivating, and also somewhat beside the point.

What we’re really after are more Earths. Are planets with conditions “just right” for life as we know it rare in the galaxy or does Goldilocks have a big family? As the planetary census has grown, the evidence increasingly favors the latter.

This week, in a paper authored by 44 astronomers led by NASA Ames’s Steve Bryson and accepted for publication in the Astronomical Journal, scientists provided a new estimate of how common Earth-like planets are in the Milky Way.

The calculation, called eta-Earth, is an attempt to estimate the number of Earth-sized, rocky planets in the habitable zone of sun-like stars. Also known as the “Goldilocks” zone, the habitable zone is the area where temperatures are neither too hot nor too cold for liquid water to form on planetary surfaces. It’s also where we think life is likeliest to arise.

This isn’t the first eta-Earth estimate, but it may be the best one yet.

The group derived their number from the full catalog of exoplanet discoveries made by the Kepler space telescope from 2009 to 2018. Kepler surveyed over 150,000 stars, found more than 4,000 candidate exoplanets, and confirmed over 2,800. Scientists have also spent years going over the Kepler data with a fine-toothed comb, correcting various blips and artifacts to increase the confidence that only real, confirmed exoplanets remain.

The team also used data from the European Space Agency’s Gaia project—which has mapped the position and brightness of a billion stars—to improve habitable zone estimates.

Past studies defined the habitable zone with a fixed band of orbital distances. This can be problematic because it doesn’t account for the varying temperatures of stars. The habitable zone for hotter stars will, of course, be different than one around cooler stars. That means you could miss some habitable zone planets and include others that shouldn’t be there.

Combining Gaia and Kepler data, the group instead defined the habitable zone by “instellation flux”—which is a fancy way of saying how much sunlight actually hits a planet’s surface—instead of orbital distance. This, they say, makes for a more precise estimate.

“We are measuring the true temperature of the planet—whether or not it is truly in the habitable zone—for all the planets around all the stars in our sample,” Bryson told MIT Technology Review.

Taking the paper’s most conservative lower bound, 7 per cent of the galaxy’s estimated 4 billion sun-like stars could have an Earth-like planet in the habitable zone. That translates to a population of at least 300 million such planets in the Milky Way. With warp drive and a map, that’s a potentially habitable planet for every 26 people in the world. (Indeed, 4 such planets could be within 30 light years of the sun, the closest within 20 light years.)

The key word here is potentially.

This may be our best guess at eta-Earth yet, but as all the dependencies should make clear, it’ll likely be a moving target for years to come. Though the calculation narrows the bands of uncertainty, those bands are still quite wide. Perhaps the greatest contributor to this is the fact researchers are extrapolating from a very small population of planets.

More observations should reduce uncertainty further. But even then, the actual conditions on these planets are anyone’s guess. They’re too far to be observed in detail (though the eventual launch of the James Webb space telescope may change that somewhat.)

It’s also worth noting that while sun-like stars make sense as a starting point in our search for life—the only life we know is right here, in our own solar system—other stars are also intriguing targets. Smaller, cooler, older red dwarf stars are far more abundant than sun-like stars. One estimate by the University of California, Berkeley’s Courtney Dresser suggests a quarter to half of these stars may harbor planets in the habitable zone. Kepler’s successor, the Transiting Exoplanet Survey Satellite (TESS), will scan Earth’s neighborhood, where some 75 percent of the stars are red dwarf stars.

Other discoveries could also widen our scope. Finding life in the clouds of Venus, the freezing methane lakes of Titan, or Europa’s subsurface ocean could expand what we call habitable. Perhaps liquid water on the surface isn’t always needed. Maybe we’ll add outer solar system moons to planets.

Whatever happens, the search for life in the galaxy is just about to get interesting. This study suggests the most basic conditions for life may have occurred hundreds of millions of times in our galaxy alone. For a conservative estimate, that’s still a huge number. And while it may shrink as we learn more, it seems more likely it’ll grow.

As Carl Sagan said, “If it’s just us, seems like an awful waste of space.”