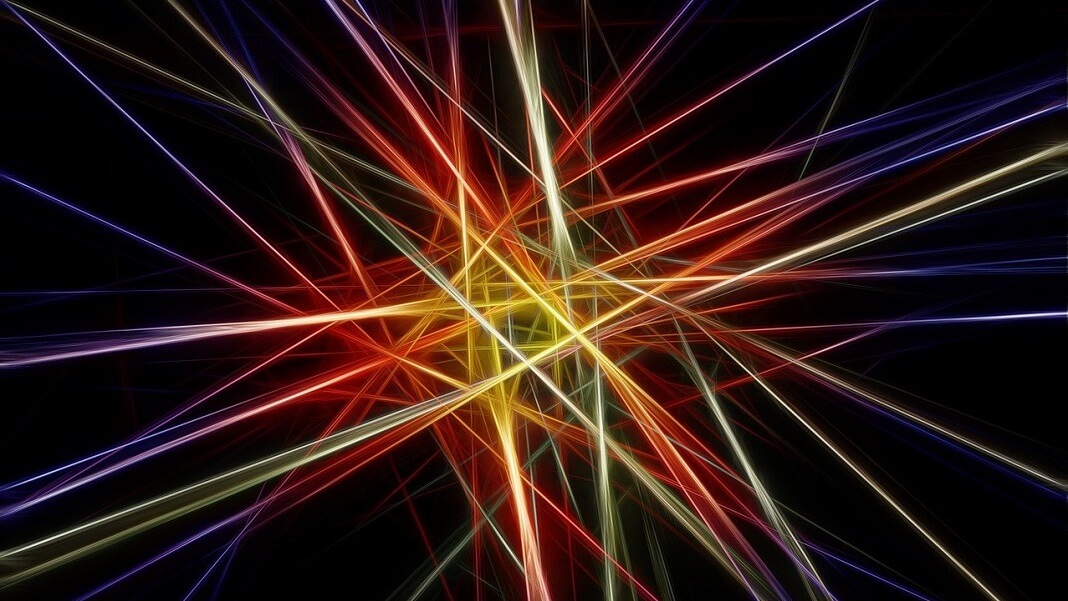 The curious contraption at University College London bordered between scientific wizardry and a terrifying Black Mirror episode. It might have just proved a decades-long theory of how the brain’s GPS system works.

Let me paint you a picture: imagine a mouse jogging on a running wheel. His head is held firmly but comfortably steady. A transparent glass “window” replaced a bit of his skull. Hovering above are a microscope lens and dual lasers. A large video dome surrounds him, nearly encapsulating his tiny body entirely inside the virtual reality setup. As he runs along, peering at his virtual surroundings like a seasoned gamer in Ready Player One, scientists watch his GPS neurons—involved in navigation—literally spark with light under the microscope.

And if that’s not cool enough, here’s the kicker: with lasers, the team was able to hack into the mouse’s brain’s GPS system and “mentally transport” him to a virtual goal location. It’s as if you’ve just set out on a quest in an RPG game for a piece of precious gear. Suddenly, laser zaps to your brain make you think you’ve already reached the goal location of the quest. You try to click open the gear chest, but to no avail, because in reality you’re still way off.

Crazy, huh? The sheer coolness of that “mind control” setup is enough to go down in neurotech history. But even more mind-blowing is that it may have finally proven a Nobel Prize-winning theory of how our brains link specific memories to where in space they happened—real or virtual. That coffee place where you had a great date? That location in The Witcher where you found precious Mastercraft gear? We may finally know how that’s encoded in the brain. The study was published in the prestigious journal Cell.

“This study is a game-changer as it shows that we can use optical reading and writing of activity in specific neurons to manipulate memories, allowing us to better understand—and potentially improve—how neural circuit activity helps us to make decisions,” said senior author Dr. Michael Hausser at University College London (UCL).

Knowing where you are in space is essential for life. Where did you park your car? Where is your house? Where is that cafe you liked again?

As simple as some of these questions may seem, spatial memories are among the first to disintegrate in disorders such as Alzheimer’s. They also show how closely tied space is to memory, in that somehow our brains tend to “pin down” specific remembrances to a particular location.

Decades ago, Dr. John O’Keefe at UCL unveiled a strange phenomenon that could explain why this is the case. The hippocampus, a deep brain region well known for encoding memories, also harbors “place cells”—neurons that spark with activity to process locations in space.

Dubbed the brain’s GPS system, place cells are a weird bunch scattered across the hippocampus. Each has its own “personality” in that it only fires when the animal—mouse, rat, or human—is in a particular spot in space. In other words, place cells seem to map the world around us as we learn to navigate it and form a “cognitive map” in our brains. These abstract brain maps can then guide us towards our goal—the post office to drop off our mail, or the beer garden for a Friday happy hour. Place cells were one part of the 2014 physiology Nobel Prize for decoding the brain’s sense of place.

Yet one question puzzled scientists: given that place cells live among neural circuits that encode memory, how do the two interact? Are place cells simply a static atlas that we keep in our minds? Or do they form an adaptable Google Maps of sorts that lets us label, star, and drop a pin at any location, pointing to our memories?

Shining a Light on Memory With Lasers

The first is light-sensitive proteins called calcium sensors, which can be genetically added to mice. The proteins dot the outside of neurons like motion-sensing lights and only illuminate the cell when it becomes active. Because GPS cells activate as the mouse runs to different virtual locations, this lets scientists identify those cells.

The second is optogenetics. Here, a different set of light-sensitive proteins are inserted into the same neurons. These guys act as light switches rather than lightbulbs. When zapped with lasers with different frequencies, scientists are able to flip these switches on and off. In turn, this activates—or quiets down—specific GPS neurons.

The final component was a VR setup where the mice ran on a running wheel with their heads kept steady. Like humans in a VR game, their brains processed the virtual environment—a single path with houses, blocks, and other visual cues—like a real-world road.

The team first trained the mice to recognize a specific location—the goal zone—on the virtual path while monitoring their active GPS cells. Once there, the mice learned to lick three times on a sensor to get a sugar water award. This essentially linked active GPS neurons in the virtual goal zone with the memory of something sweet.

Then came the wizardry. If GPS place cells are in charge of pinning down memories in the brain, then artificially reactivating those cells should reactivate the memory—regardless of where the mouse is actually at in virtual space—and cause it to lick its chops in anticipation.

Shockingly, that happened—but with a twist. Rather than blasting all tagged GPS neurons with light at the same time, the team artificially reactivated them in five bins, based on their normal sequence. It’s akin to playing neuronal “piano keys” into a melody that makes sense to the brain, rather than simultaneously pounding them into neurological cacophony.

It worked like a charm. Even when the mouse wasn’t in its virtual goal zone, as soon as the scientists artificially activated GPS neurons that encoded for the goal zone, the mouse began licking his chops. In essence, the team was able to mentally transport the mouse to its rewarding location, regardless of his perceived reality.

There’s more. As the number of laser zaps increased, the mouse’s GPS place cell network “remapped,” in that he stopped licking as much in the previous goal zone. In a way, the team artificially severed the mouse’s memory of sugar water from its previous real location, instead remapping it onto a new place with clever light-based hacking of the brain.

On the surface, these results seem crazy: they suggest that our precious memories are pinned to a cognitive spatial map in the brain. Activating any particular set of GPS place cells—loosely like zooming in on a spot on Google Maps—is enough to trigger a memory so powerful you’ll behave as if you were reliving that memory.

But it makes sense. We’ve probably all had the experience of walking past a familiar neighborhood where a street corner suddenly triggers a memory of a great restaurant nearby, causing Niagara Falls in our mouths and for us to seek it out.

What the study shows, however, is that it’s not correlational. Place cells are so powerful that the “where” component of our memories could be remapped to a different location, if given powerful and precise neurotech tools.

“Place cells really do tell the mouse where it [the goal location] is, and mice actually ‘listen’ to their place cells when they make decisions,” said first author Dr. Nick Robinson at UCL.

The study is one of the first that casually and definitively links place cells to memory and decision-making in the brain. But there’s so much we still don’t know. What exactly is the brain’s electrical coding strategy? How are place cells connected to the memory circuits? And with our current explosion in brain-computer interfaces, could we eventually incept experiences, based on previous memories and locations, so powerful that they distort our reality?