You Can Buy This Electric Car for $7,999 in California 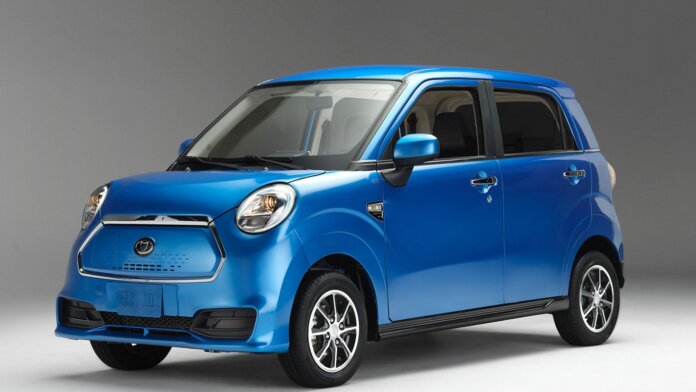 A tiny electric car that costs just $4,200 has been all the rage in China this year. The Wuling Hong Guang Mini EV generated over 15,000 orders within 20 days of its release in July, and added another 35,000 to that in August, beating out Chinese orders for Tesla Model 3s in the same period.

Now another small, affordable Chinese electric car is set to make its debut on American roads—Californian roads, to be exact. Last week the California Air Resources Board certified that Kandi America, the US subsidiary of Chinese battery and electric car maker Kandi Technologies Group Inc., met the state’s emissions standards.

How affordable are we talking, you ask? The listed price of the model K27 is $17,499. But once you take into account California’s $2,000 electric vehicle incentive credit and a federal tax credit of $7,500, that leaves you at a total cost of $7,999 (if you live in California).

The sleeker-looking model K23 has a sticker price of $27,499. The K23 has a better battery—41 kilowatt hours versus the K27’s 17 kilowatt hours—but it takes a little longer to charge and gets fewer miles per kWh in both city and highway driving. The more expensive model is also a tad larger, though both cars are listed as being able to seat four adults.

“This certification comes at a great time for Kandi America as the infrastructure put forth by state elected officials, including the Governor’s recent executive order banning sales of new gasoline- and diesel-powered cars and trucks by 2035, requires new quality, affordable products to enter the market quickly,” said CEO of Kandi America Johnny Tai.

The order he’s referring to was signed by California Governor Gavin Newsome in late September; it bans the sale of new gas cars and trucks by 2035. Used cars of this sort will still be able to be bought and sold, though.

Though transportation is California’s biggest source of carbon emissions, making up 40 percent of the total (though to be fair, that percentage includes emissions from aircraft and boats too), the order was met with mixed reactions; a senior economist at the Institute for Energy Research pointed out that “Electric cars might not have emissions at a tailpipe, but they do have emissions at the power plant.”

Electric cars accounted for less than eight percent of all new cars sold in California last year. Eight percent sounds low, but Californians are actually ahead of the curve when you compare this figure to global EV sales, which stood at just three percent of the total auto market through 2019.

Despite the extensive economic losses many people have suffered as a result of the coronavirus pandemic, car sales are actually doing all right; people have been saving more of their disposable income than they normally do (because let’s face it, there’s not many places or reasons to drop a lot of cash these days), interest rates are low, and people don’t want to fly or take public transportation. This all adds up to money in the bank for car makers (and people looking to sell their used cars).

Kandi cars could fare well in California’s eco-conscious market; they provide a budget-friendly alternative to the Teslas and Priuses that seem to be flooding the state’s roads. Kandi cars may not be as sexy as Teslas, but they do have some modern, tech-y features like a touchscreen, backup camera, and bluetooth. The company is currently taking pre-orders in exchange for a refundable $100 deposit.