Smart Concrete Could Pave the Way for High-Tech, Cost-Effective Roads 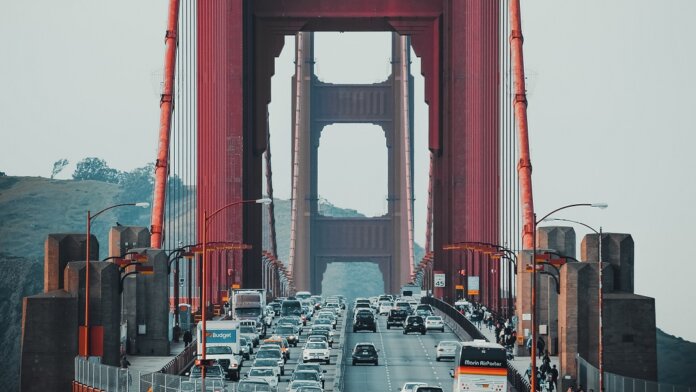 Every day, Americans travel on roads, bridges, and highways without considering the safety or reliability of these structures. Yet much of the transportation infrastructure in the US is outdated, deteriorating, and badly in need of repair.

Of the 614,387 bridges in the US, for example, 39 percent are older than their designed lifetimes, while nearly 10 percent are structurally deficient, meaning they could begin to break down faster or, worse, be vulnerable to catastrophic failure.

The cost to repair and improve nationwide transportation infrastructure ranges from nearly US$190 billion to almost $1 trillion. Repairing US infrastructure costs individual households, on average, about $3,400 every year. Traffic congestion alone is estimated to cost the average driver $1,400 in fuel and time spent commuting, a nationwide tally of more than $160 billion per year.

I am a professor in the Lyles School of Civil Engineering and the director of the Center for Intelligent Infrastructures at Purdue University. My co-author, Vishal Saravade, is part of my team at the Sustainable Materials and Renewable Technology (SMART) Lab. The SMART Lab researches and develops new technologies to make American infrastructure “intelligent,” safer, and more cost-effective. These new systems self-monitor the condition of roads and bridges quickly and accurately and can, sometimes, even repair themselves.

Infrastructure—bridges, highways, pavement—deteriorates over time with continuous use. The life of structures could be extended, however, if damages were monitored in real time and fixed early on. In the northern US, for example, freeze-thaw cycles in winter cause water to seep into the pavement where it freezes, expands, and enlarges cracks, which can cause significant damage. If left unrepaired, this damage may propagate and break down pavements and bridges.

Such damage can be identified and repaired autonomously. At an early stage of a crack, for example, self-healing pavement would activate super absorbent polymers to absorb water and produce concrete-like material that fills in the crack. Cracks as small as a few microns could be healed to prevent significant damage by preventing or delaying the later stages of the freeze-thaw cycle.

Many researchers in the world are working on improving construction infrastructure. Technologies recently being explored include solar and energy-harvesting roads, charging lanes for electric vehicles, smart streetlights, and reducing carbon-related emissions from construction materials.

At the Purdue SMART Lab, our team is also testing novel sensors that monitor transportation infrastructure by embedding them in several Indiana interstate highways. We plan to expand to other state highway systems in the next few years with a goal to better accommodate increased traffic and provide accurate estimates of road conditions during construction and its life.

Sensors embedded in concrete pavement acquire information about the infrastructure’s health condition in real time and communicate the data to computers. Electrical signals are applied through the sensors. Concrete’s vibrations are converted into electrical signals that are read and analyzed by lab-built customized software. This enables transportation engineers to make effective and data-driven decisions from opening roads to traffic and to proactively identifying issues that cause damage or deterioration.

After concrete is poured for highway pavement, for example, it takes hours to cure and become strong enough to open for traffic. The timing of when to open a highway depends on when the concrete mix is cured. If a roadway opens too early and the concrete is undercured, it can reduce the life expectancy of the pavement and increase maintenance costs. Waiting too long to open a road can result in traffic delays, congestion, and increased safety risks for construction workers and commuters. Curing concrete for massive highway projects requires close attention by engineers in conjunction with the weather specific to that region.

Smart sensors embedded in concrete enable engineers to monitor the infrastructure and make data-driven decisions about when a road can open while retaining maximum life expectancy. Sensors can also help monitor the quality of concrete and whether it is robust enough to withstand traffic flow and corrosion after a roadway is opened. Smart, efficient infrastructure can significantly reduce structural failures, both catastrophic and through normal wear, as well as lead to reduced costs and provide new ways for structural engineers to assess real-time information about the pavement.

Congress recognizes the need to invest in American transportation systems. A $494 billion legislation package, the INVEST In America Act, was recently introduced to address America’s deteriorating highways and bridges while diminishing carbon pollution.

Smart sensors and intelligent infrastructure systems can enable significant savings of time and money with improved construction safety. Sensors can provide engineers with real-time data of the quality of our infrastructure to make the best decisions for building and maintaining roads, bridges, and pavement while improving safety for drivers and construction workers. The addition of self-repairing properties can help build sustainable and long-lasting infrastructure to reduce maintenance and costs. 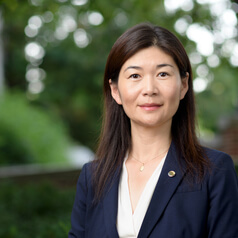 Luna Luhttps://engineering.purdue.edu/SMARTLab
Luna Lu is the founding director of the Center for Intelligent Infrastructure, ACPA Scholar & Professor of the Lyles School of Civil Engineering and the School of Materials Engineering (courtesy appointment), and Birck Nanotechnology Center at Purdue University. She is also an editor-in-chief of ES Materials and Manufacturing journal, which covers a wide range of research topics in all experimental and theoretical aspects of materials and manufacturing processes. Prof. Lu is internationally recognized for her research in discovery and applications of nanomaterials for energy production and sensing, particularly in the areas of thermoelectric, piezoelectric, and solar cells. Her integration of nanotechnology, material science, and electrical engineering with civil engineering has led to many technological improvements in a broad array of engineering disciplines. These include wide bandgap materials for high temperature energy harvesting, piezoelectric materials for infrastructure sensing and multifunctional civil infrastructure materials. Prof. Lu has published 2 books, 6 book chapters, over 100 technical papers, 1 patent, and 7 patent disclosures. She has delivered numerous keynote and invited talks at top tier international conferences such as Materials Research Society (MRS), Institute of Electrical and Electronic Engineers (IEEE), and the International Society for Optics and Optoelectronics (SPIE), etc. Prof. Lu has received numerous awards and recognition for her teaching, research, and entrepreneurial activities, including NSF CAREER award, Purdue Faculty Scholar, Harold Munson Outstanding Teaching Award, and Purdue Outstanding Faculty Mentor for Graduate Students etc. Prof. Lu has transferred several of her inventions to industrial sectors and co-founded several start-up companies.
RELATED