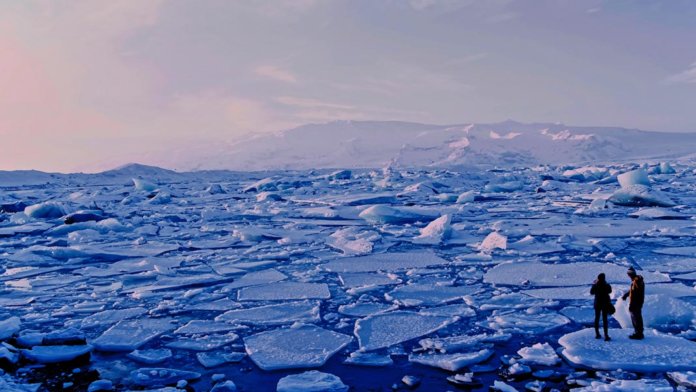 Even if the world manages to keep to the Paris Agreement goal of limiting global mean temperatures to 2°C above pre-industrial levels, climate change is coming. The best way to protect ourselves from its effects is to drastically cut our emissions by deploying renewables, electrification, and energy-efficiency measures. But we’ll also need to adapt to the changes that are coming.

Doing so will save money, and it will save lives. That’s the message from a new report from the Global Commission on Adaptation, led by Ban Ki-Moon, Bill Gates, and World Bank CEO Kristalina Georgieva. The report estimates that investing $1.8 trillion worldwide in five areas of climate adaptation during the next decade—for scale, this is what humans spend on efforts to kill each other every year—will yield $7.1 trillion in benefits.

Beyond cold, hard economics, though, the number of lives that could be improved or saved by adaptation is immense. Over this century, sea level rise and storm surges could force millions from coastal homes; another hundred million people in the developing world could be pushed into poverty as crop yields stall; water security will be threatened for more than a billion people across the world; and extreme weather events will disproportionately impact the poorest and most vulnerable.

Here are the ways we can alleviate that impact.

Early warning systems for extreme weather events such as cyclones, droughts, floods, heat waves, and wildfires need to be improved.

A striking example of the effectiveness of these systems is found in Bangladesh. In 1970, the Bhola cyclone struck the low-lying nation with devastating results: at least 300,000 were killed. Since then, Bangladesh has launched a Cyclone Preparedness Program, constructed thousands of shelters, and invested in an early warning system. When Cyclone Mora hit in 2017, the Bangladeshi authorities evacuated hundreds of thousands of people, resulting in a death toll of around 10.

While funding emergency services and having rapid response available for natural disasters is crucial, planning for disasters in advance is also important. Advances in climate and weather models allow for scenario planning; finance, information, and other resources can be directed to the communities that are most likely to be hit.

2. Build Infrastructure for a Warmer World

Infrastructure requires investment. In the US alone, trillions of dollars may need to be spent just in order to preserve existing infrastructure. In developing nations, vast building projects and rapid urbanization are constantly accelerating.

If we want to tackle the causes and effects of climate change, this needs to be done well. Building houses to high energy-efficiency standards can prevent billions of tons of carbon dioxide being emitted into the atmosphere. Similarly, building infrastructure that takes into account the likely effects of climate change—warmer temperatures and more extreme weather events—reduces the probability of large-scale failures.

Bridges, coastal airports, and ports must be resilient to flooding and sea level rise. As the world electrifies, power lines and power plants, often forced to close by heatwaves, must be ready. When infrastructure fails, particularly after natural disasters, food or medical shortages can follow; much of the economic damage arises from these knock-on effects. The report estimates that $4 trillion in savings and benefits could arise from careful infrastructure planning. Yet only 5 out of the 35 OECD developed nations have changed their regulatory standards to account for these climate risks.

We have a choice: lock in infrastructure that’s vulnerable to a changing climate and that contributes to the problem by wasting energy, or build and repair our infrastructure with climate in mind.

Climate change is already reducing crop yields in vulnerable regions like sub-Saharan Africa. Higher temperatures reduce water availability and allow pests and diseases to spread across new regions. Extreme weather events can destroy crops and prevent food from being distributed properly. All of this occurs against the backdrop of ever-increasing population and demand for food—as much as 50 percent by 2050.

The scientific innovations of the first Green Revolution headed off the most dire predictions about food availability in the 1950s and 60s, boosting agricultural productivity. Now investment needs to take place in new strains of climate-resistant crops. Diversifying strains and diets will help improve resilience to pests, diseases, and changing climates—and farms with more diverse sources of income are less likely to experience extreme poverty when climate shocks hit. Better agricultural technology and training needs to be shared with the small farmers in developing nations who live off the land.

Agriculture is at the forefront of climate vulnerability, and also plays its part in contributing to emissions, as rainforests are cleared for cattle and rice paddies emit methane. It’s crucial that better land management, informed by scientific and technological developments, form part of the solution to climate change. Engagement and investment in this now will save lives.

In vulnerable regions, the length and severity of droughts are expected to grow under climate change. At the same time, flooding can jeopardize supplies of clean water. Competition for water between regions can fuel conflicts.

Rejuvenating the drainage basins that supply rivers and cities through restoration of wetlands and forests that are crucial to preventing runoff is important, as are planning for droughts and ensuring that reserves exist. But as with energy, so much can be achieved if we are smarter in the way we use our resources. Wastewater treatment and desalination can reclaim water that’s not usable today. Authorities in large cities should allocate water for the most urgent uses, and repair leaky infrastructure to preserve the supply. Since 70 percent of freshwater is used in agriculture, improving irrigation techniques and using crop varieties that require less water can both help in this.

We might like to think that our technological prowess has made us masters of the natural world, and when you live in a large city, it can often feel like this is the case. But natural processes evolve on huge scales and often provide critical services to people.

Mangrove forests, which thrive in coastal regions, are an excellent example. They protect low-lying coastal communities from storm surges, acting as natural flood defenses. They lock in carbon dioxide—up to ten times more than other terrestrial ecosystems. They provide natural habitats for many rare species. But 35 percent of the world’s mangroves have already been destroyed. Careful management of these and other vital ecosystems is necessary to help us adapt to climate change.

We have many of the tools we need to adapt to a changing climate. But what’s worth emphasizing is that all of these adaptation tasks are worth completing anyway. Billions of lives could be improved by taking action that preserves natural ecosystems, enhances food and water security, protects us from natural disasters, and ensures resilient infrastructure for the coming decades.

In an increasingly interconnected world, these are everyone’s problems. There are few better ways to spend money—but, as the report makes clear, investing now will save trillions in the future. What are we waiting for?