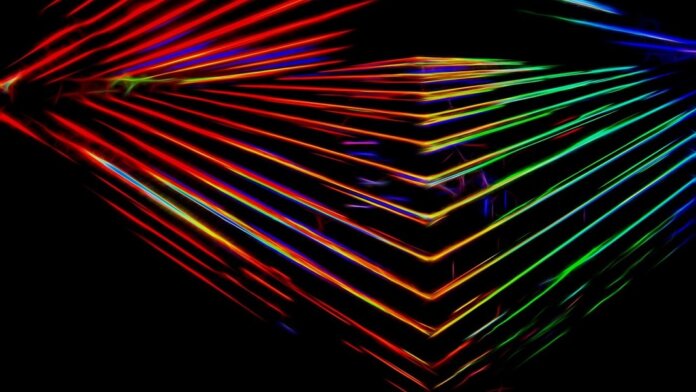 Being able to beam images directly into someone’s brain could help restore sight to the blind and open up a host of new possibilities in everything from communication to entertainment. And now researchers have achieved the most high-definition results so far in experiments in monkeys.

People have been experimenting with using implanted electrodes to stimulate the brain’s visual cortex since the 1970s, and it’s well established that the approach can produce flashes of light on a person’s visual field known as phospenes.

American company Second Sight even produces a commercial “bionic eye” called the Argus II that transmits signals from a camera mounted on a pair of glasses to an implant that directly stimulates the user’s retina.

But so far, most of these devices have been very low-resolution. The Argus II relies on a 6 by 10 grid of electrodes, which means it’s only really able to give users rough clues to help them navigate their environment. Most previous attempts to directly stimulate the visual cortex have placed electrodes on the brain’s surface, requiring strong currents to stimulate deeper neurons. That limits the number that can be safely stimulated at the same time, and can also lead to interference between nearby electrodes.

But by injecting tiny needle-like electrodes into the visual cortex of monkeys, the authors of a new paper in Science were able to create a 1024 pixel array that could safely stimulate multiple electrodes at the same time. This allowed the animals to identify complex shapes like letters and motion.

“The number of electrodes that we have implanted in the visual cortex, and the number of artificial pixels that we can generate to produce high-resolution artificial images, is unprecedented,” lead researcher Pieter Roelfsema from the Netherlands Institute for Neuroscience said in a press release.

By injecting very small electrodes deeper into the brain tissue, the researchers were able to use much smaller currents and be far more precise about which neurons they stimulated. This not only allowed them to squeeze far more “pixels” into the area where the electrodes were implanted, but also allowed them to stimulate up to 15 electrodes at the same time.

The researchers were able to test whether the implants were producing the desired effect, because the monkeys had been trained to make specific eye movements in response to dots moving across a screen or various letters made up of dots. When the team traced out these shapes and movements on the electrode array, the animals’ response was the same as if they had seen them in the real world.

Adapting the technology for use in humans will prove challenging, according to New Scientist, because the central part of the visual field is much deeper in humans and the implants would have a short shelf life due to scar tissue buildup and the corrosive environment in the brain.

But there have been recent advances that may help overcome these issues. In April, researchers created a new kind of ultra-thin, flexible interface that could last up to six years in the brain. And Elon Musk’s brain-machine interface startup Neuralink has also shown off a sewing-machine-like robot that’s able to implant electrodes deep in the cortical tissue.

The authors admit that they’d also have to convert their system, which currently needs to be connected by a cable, to wireless before it could be practical. Nonetheless, Roelfsema is optimistic and told UPI the technology could be ready to test in humans by 2023.

What’s most interesting about the research is that the monkeys the tests were done on weren’t blind, which suggests that beyond restoring sight to the 40 million people who are visually impaired, the technology could ultimately be used to superimpose images over someone’s visual field.

It’s unlikely you’d be able to use this to beam movies directly into your head, as this would require millions not thousands of electrodes and there’s still no way to influence the color of phosphenes. But it does open up intriguing possibilities for augmenting our perception, perhaps using the tech to display information from external sensors or overlay text or images on our field of vision.