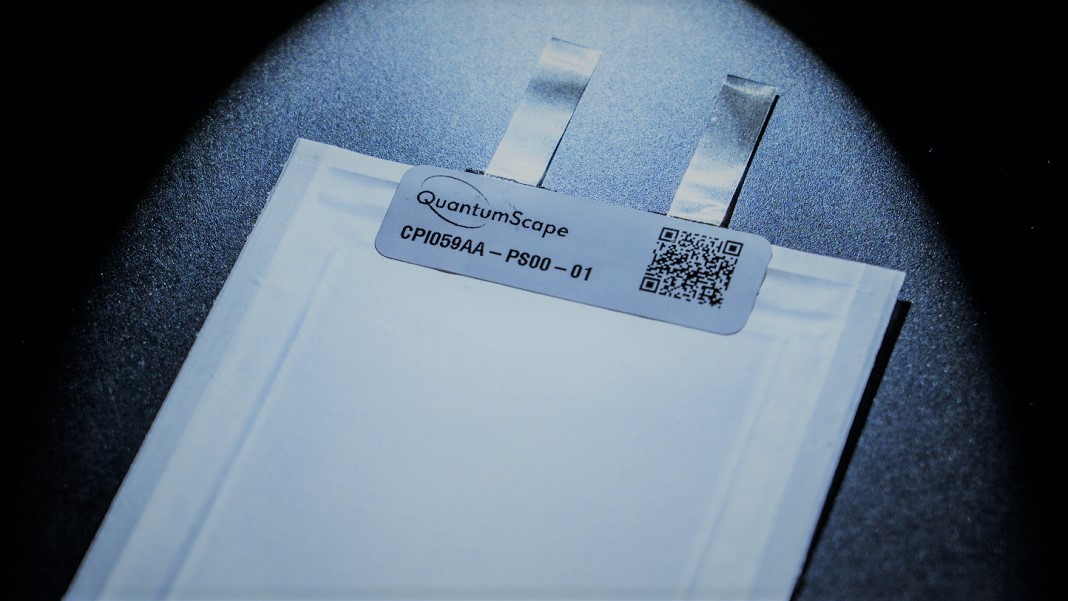 The biggest barriers to widespread adoption of electric vehicles are their limited range and long charging times compared to gasoline cars. But the release of test results from a startup building a new solid-state battery suggests we may soon blast past that barrier.

Claims of “revolutionary” new battery technologies are a dime a dozen these days, but none so far have come close to knocking lithium-ion off its perch. Its balance of cost and energy density are hard to beat, and with prices still dropping fast, it’s the go-to technology for everything from smartphones to drones.

So when battery startup QuantumScape announced in September that it had cracked the “Holy Grail” of battery technology—a solid-state lithium metal battery—it didn’t generate much buzz.

Now, though, the company has released performance results—and people are starting to pay attention.

The data shows the batteries can charge to 80 percent capacity in just 15 minutes, have nearly double the energy density of top commercial lithium-ion cells, retain more than 80 percent of their capacity after 800 cycles, and don’t set on fire (something lithium-ion batteries have a habit of doing).

“We believe that the performance data we’ve unveiled today shows that solid-state batteries have the potential to narrow the gap between electric vehicles and internal combustion vehicles and help enable electric vehicles to become the world’s dominant form of transportation,” Jagdeep Singh, founder & CEO of QuantumScape, said in a press release.

Today’s lithium-ion batteries rely on a liquid electrolyte to ferry lithium ions between an anode (the negative electrode) made of graphite and a cathode (the positive electrode), which can be made from a variety of materials.

The promise of a solid-state lithium metal battery is that you can swap out that graphite anode for one made of pure lithium and do away with the liquid electrolyte in favor of a solid one. This would obviously dramatically increase the energy density of the battery and is the reason scientists and engineers have been striving after the idea for decades.

The major challenge has been finding a replacement for another key battery component, the separator, Venkat Srinivasan, the director of the Argonne Collaborative Center for Energy Storage Science, told Wired.

Today’s lithium-ion batteries use special polymers as separators, which are designed to keep the anode and cathode apart while still allowing lithium ions to pass across. But lithium anodes are prone to forming needle-like projections called dendrites that can pierce these soft separators, causing a short circuit. Some groups have tried to develop ceramic separators that can block these dendrites, but they tend to be brittle and therefore only last a few charging cycles.

QuantumScape’s major breakthrough was finding a flexible ceramic material that can simultaneously act as a solid electrolyte and an effective separator. This is their secret ingredient, and they’re keeping their cards close to their chests as to what exactly it is.

Another important advance, according to MIT Tech Review, is their “anode-free” design. The company hasn’t built a permanent lithium anode as some previous approaches have tried to do. Instead, as the battery charges, lithium ions travel from the cathode and form a flat layer on the other side of the separator to create a temporary lithium anode. When the battery discharges they flow back again. This means all the lithium is contributing to storing energy, significantly boosting the energy density.

That increased energy density should make it possible to create electric vehicles with similar ranges to gasoline-powered ones, a milestone that many believe could be the tipping point for electric vehicles to go mainstream. One of the company’s directors went so far as to tell Reuters that the batteries could even potentially power electric aircraft.

The results received some impressive endorsements, including from the co-inventor of the lithium-ion battery, Stan Whittingham. They’ve also got more than $1 billion in the bank to take the technology through to production, thanks in part to $300 million from Volkswagen, which plans to start using the company’s batteries in its cars by 2025.

Many have also pointed out that there’s a long way to go yet, not least because the results are based on tests on a single cell. A fully-functioning battery would stack hundreds of these, and integrating multiple cells is not a trivial process. But as Singh pointed out to Wired, the company has shown that lithium metal batteries can work; what remains is an engineering challenge.

Whether or not QuantumScape wins the race to solve that challenge, it looks like that ever-illusive “revolutionary” battery technology may not be as far off as we thought.