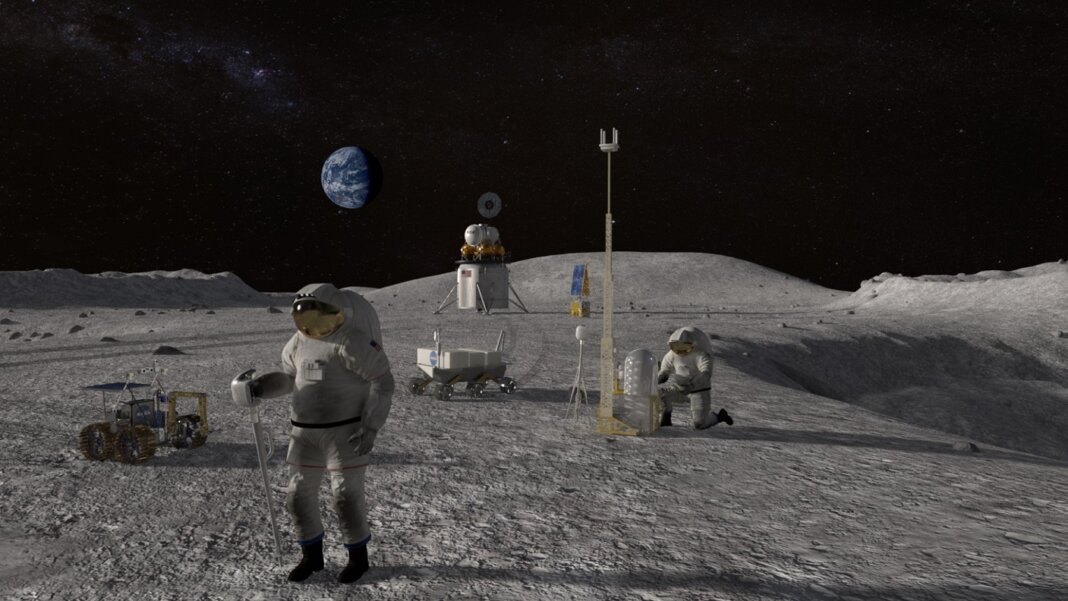 America’s going back to the moon. It’s been over 50 years since the Apollo missions, when Neil Armstrong and Buzz Aldrin became the first people to walk on the moon in 1969. Both NASA and the current administration have decided it’s high time people walked on the moon again—this time, importantly, those people won’t just be men.

The timeline has shifted a few times—NASA initially set a target of 2028, which Vice President Pence asked the agency to push up to 2024. 2024 now seems unlikely, despite Pence urging NASA to meet the deadline “by any means necessary.”

Though it’s uncertain when Americans will walk on the moon again, there will soon be some certainty around how they’ll do so, as NASA will choose a new moon lander design in February. At present, the other components for a moon mission have already been chosen: the Space Launch System will be the most powerful rocket the agency has ever built, and the Orion spacecraft has been around since the Constellation missions started in 2005. But NASA wants an updated lunar lander, the vehicle astronauts will use to leave the spacecraft and actually, as its name implies, land on the moon.

In April 2020, the agency awarded a total of $967 million in contracts to three different private companies, giving them less than a year to come up with a lander design. Now the time has almost come to pick one of those three. Here are the contenders.

Best known for its founder Jeff Bezos, Blue Origin is working on a three-stage lander called Blue Moon. And it’s not working alone—the company has partnered with Draper, Lockheed Martin, and Northrop Grumman for various components of the lander. Its modular design resembles the lander used in the Apollo missions; it has a descent stage to bring the lander to the moon’s surface, an ascent stage to carry astronauts back up to the spacecraft, and a transfer stage to move the ascent and descent stages from high lunar orbit to low lunar orbit.

The vertical crew cabin would require astronauts to descend to the moon’s surface on a long ladder, which could be seen as an advantage because the crew is safer being high up.

Probably the least well-known of the three contenders, Dynetics is an IT company based in Alabama, and has long been a contractor with both NASA and the Department of Defense. While all of the landers can be refueled on the moon, Dynetics’ actually relies on in-space refueling using cryogenic propellants. The lander would launch with empty propellant tanks, and once it’s in lunar orbit, two more rockets would launch to carry propellant to the lander. Dynetics would mitigate the issue of “boiloff,” where warming temperatures cause some of the propellant to be lost, by doing the two fuel launches two to three weeks apart.

Unlike Blue Origin’s three-piece lander, Dynetics’ is a single module with thrusters and propellant tanks on either side. It’s specifically designed to be reusable for repeated exploration of the moon, and it’s the only one of the three contenders with a horizontal crew cabin. The barrel-shaped cabin would give astronauts faster and easier access to the moon’s surface, and more space within the cabin itself.

Now a household name, Elon Musk’s SpaceX is designing, perhaps unsurprisingly, the biggest and flashiest lunar lander. It’s so tall, in fact, that astronauts would use an elevator to get from the crew cabin down to the moon’s surface. It goes by the same name as the company’s famous spacecraft, Starship, but has some moon-specific modifications.

For starters, the Raptor engines usually used on the Starship are far too powerful for landing on the moon. The lunar Starship will be equipped with lighter thrusters to ease it on and off the moon’s surface, and it won’t have the flaps and heat shield needed for reentering Earth’s atmosphere.

Like the Dynetics lander, Starship will need to be refueled while in orbit, except it will do so in Earth orbit rather than lunar orbit. The lander’s comparatively huge size could be advantageous because it could carry not just the astronauts, but useful cargo like rovers onboard.

Just this week, Intuitive Machines announced it selected SpaceX to launch its two commercial payload missions to the moon on a Falcon 9 rocket in 2022 or later.

Between China landing on the far side of the moon in 2019 and the US paying Russia $90 million to transport American astronauts to the International Space Station (until SpaceX recently took over), it seems the US needs to shake a leg and catch up in the ongoing space race.

NASA’s Artemis program will be the core of its spaceflight and exploration endeavors for the next decade, covering low-Earth orbit, the moon, and Mars. In Greek mythology, Artemis was the twin sister of Apollo, for whom the first moon missions were named; NASA chose the name Artemis as a gesture of inclusion, intending to land the first woman on the moon.

Incoming President Joe Biden has a lot on his plate between the pandemic, a decimated economy, and the other issues that made 2020 such a soul-crushing year. The space program may end up being low on his priority list, especially in the near term. But the wheels have already been set in motion for another American journey to the moon—and we’ll soon have a way to land on it.