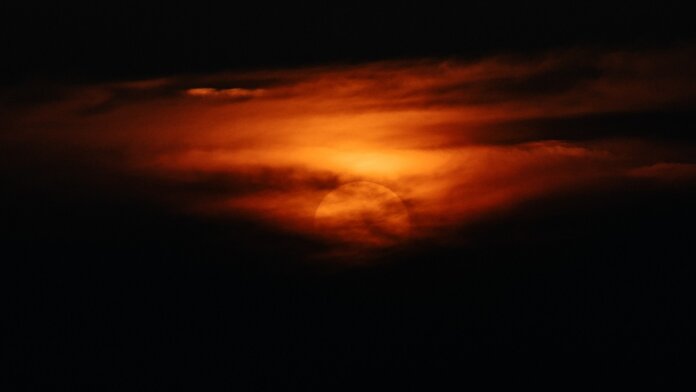 In the past few years, scientists have hatched some pretty crazy-sounding schemes in the name of protecting Earth and its inhabitants. From building an underwater wall 120 kilometers long to try to save a glacier to cloud seeding an area three times the size of Spain to increase rainfall, it seems there’s no project too outlandish to at least consider—if not put into action.

Now there’s another such project to add to the list. The Controlled Stratospheric Disturbance Experiment—ScoPEx for short—has been in the works since 2014. The big-picture idea of ScoPEx is to release enough (non-toxic) dust into the upper atmosphere to block some of the sunlight that reaches Earth, producing a cooling effect to offset human-caused climate change.

The project is being run by the Keutsch Research Group at Harvard University, and it’s getting ready for an important step in its research process: a test flight that’s scheduled to take place in Sweden in June.

If you’re thinking this sounds like a questionable idea, you’re not alone. But let’s hash out some of the details of how it would work before getting to the looming ethical questions behind it all.

The project would use a high-altitude balloon to lift a package of scientific equipment 20 km (12 miles) into the atmosphere. There, the package would release 100 grams to 2 kilograms of calcium carbonate, a common mineral dust, to cover an area about 1 kilometer long by 100 meters in diameter. Equipment in the balloon would then measure changes in the surrounding air, including aerosol density, atmospheric chemistry, and light scattering.

According to the project’s website, calcium carbonate has “near-ideal optical properties.” That means that for a given amount of reflected sunlight, it would absorb much less radiation than sulfate aerosols and hence cause less stratospheric heating. Calcium carbonate is found in nature as limestone, and is a common additive to consumer products like paper and toothpaste. Since it doesn’t exist naturally in the stratosphere, though, scientists don’t actually know how it would react up there, meaning additional research and experiments are needed.

Last month, the Swedish Space Corporation agreed to help the Harvard team launch a balloon near an Arctic town in Sweden called Kiruna. The launch was originally supposed to take place in the US, but was moved “partly because of US restrictions caused by coronavirus,” according to Reuters. This launch won’t be releasing any dust; its purpose is simply to test handling of the balloon and its communications and operational systems. If it’s successful, a subsequent step would include releasing a small amount of calcium carbonate into the stratosphere.

Funding for ScoPEx comes from Harvard’s Solar Geoengineering Research Program, one of whose philanthropic donors is Bill Gates. The funding in this case comes from Gates as an individual, not from the Bill & Melinda Gates Foundation, which has donated millions to global causes like eliminating poverty and combating infectious diseases.

Large-scale geoengineering projects are bound to be controversial, not only for their potential impact on the environment and on people, but for the ethical questions they bring up.

The sun is the most fundamental source of life we have (perhaps rivaled only by water). Besides making Earth warm enough to be habitable, it gives plants the energy they need for photosynthesis, forming a crucial piece of the food chain. As NASA’s A Meeting With the Universe aptly puts it, “Without the Sun’s heat and light, the Earth would be a lifeless ball of ice-coated rock. The Sun warms our seas, stirs our atmosphere, generates our weather patterns, and gives energy to the growing green plants that provide the food and oxygen for life on Earth.”

It’s strange, then, to think that humanity could try to control this incredible force, both in the sense of having the scientific knowledge and capability to do so and being bold enough to go for it.

Yet nature will always be more powerful than men, no matter how much science advances. If nature is constantly trying to maintain a delicate balance of resources, it seems fundamentally wrong for humanity to tinker with that balance. But if we threw the balance off in the first place, where does that leave us in terms of the right—or the responsibility—to tinker?

As my colleague put it in a related article, “If humans decide that we can simply engineer our way out of the problems we’ve created by wanton environmental destruction and rampant industrialization, we might not focus—as we must—on cutting carbon emissions and living in a more sustainable way.”

In other words, if we think we can “science our way out” of any mess we make, we have no incentive to stop making messes. And a mess seems to be what we have on our hands with the current climate situation.

There are probably better solutions than spraying tons of dust into space to block the sun. But as crazy as the idea sounds, let’s not discard it too quickly; it may turn out that we need every tool in the box.