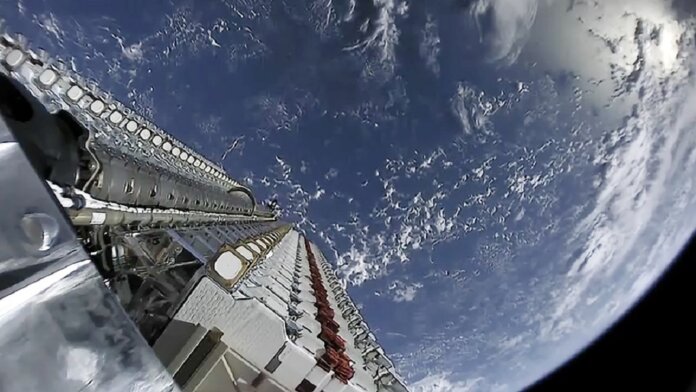 In recent years, satellites have become smaller, cheaper, and easier to make with commercial off-the-shelf parts. Some even weigh as little as one gram. This means more people can afford to send them into orbit. Now, satellite operators have started launching mega-constellations—groups of hundreds or even thousands of small satellites working together—into orbit around Earth.

But to provide coverage of the entire planet with small satellites requires a lot of them. On top of this, they have to orbit close to Earth’s surface to reduce interruption of coverage and communication delays. This means they take up an already busy area of space called low Earth orbit, the space 100 to 2,000km above the Earth’s surface.

There are many issues associated with introducing this many satellites into orbit, from the dangers of space junk to obstructing our view of the night sky. But the shift toward mega-constellations is also a challenge for global space governance.

As companies and governments around the world continue to pursue mega-constellations, it is critical that the governance framework is able to support the rise in activity. There are a number of important problems that need to be considered.

Satellites are regulated at the national level and through licensing, guided by the principles of the Outer Space Treaty of 1967. Though the terms constellation or mega-constellation are not found in the treaty, they are considered space objects, like all other satellites.

As procedures and regulations vary from country to country, the challenge is how to govern mega-constellations without creating legal fragmentation. It is imperative that the topic is discussed at the international level.

Yet currently, there is no legally binding definition for a satellite constellation, nor for the newer term mega-constellation. Exactly how many satellites make up a mega-constellation is unknown, and each country could consider the term to mean something different. Clarity at the international level could pave the way for creating guidelines specifically for mega-constellations, which could aid the safe and sustainable use of low Earth orbit.

Most satellites in low Earth orbit are operating between 600 and 800km above sea level. This is considered a congested area, as there are lots of satellites there already. Small satellites have shorter lifespans than the larger satellites, which typically orbit above low Earth orbit.

However, it can still take up to about 150 years for satellites to be removed, by re-entering the atmosphere and burning up, if they are about 750km above sea level. Some are removed purposefully, through controlled re-entry, and others are designed to fall in an uncontrolled way. Satellite and mega-constellation operators must consider ways of reducing the debris caused by these satellites above and beyond the usual procedure, in order to maintain a sustainable use of low Earth orbit.

Given the amount of future mega-constellations currently planned, the space around Earth termed low Earth orbit could easily become a limited resource.

This is not only true when it comes to physical space, but also radio use. To communicate, satellites use the radio spectrum. With the increase in mega-constellations, there is a danger of operators “warehousing” radio frequencies, stockpiling them before they actually need them.

To prevent this, a United Nations specialized agency for satellite radio spectrum use has recently updated its regulatory framework, dealing with the issue separately from other space regulation. Mega-constellations will be put on a flexible timeline, only being granted use of the frequencies they need at the time.

If low Earth orbit becomes overcrowded with satellite and mega-constellations, avoiding collisions will become more difficult. In September 2019, the European Space Agency had to fire the boosters on one of its satellites to get it out of the way of another satellite, otherwise the two would’ve collided.

As the orbit becomes more congested, there may be need for more collision avoidance maneuvers and better communication between satellite operators.

There are national endeavors, predominately in the United States, for satellite tracking and collision avoidance maneuvering. A system alerts satellite operators to potential collision paths and allows for course corrections where possible.

Hopefully, mega-constellations will be discussed by member states at the UN as soon as they are able to do so. Though work in the committee can be slow and highly political, international guidelines along with national licensing procedures need to add considerations for mega-constellations. 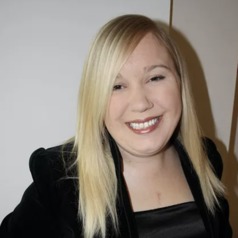 Lauren Napier
Lauren is currently a RDF PhD Researcher in Space Law and Policy at Northumbria University in the UK. Her focus is on the governance of Low Earth Orbit. She has a background in Communications, Education, and International Relations. She is interested in the politics and governance of the space sector, the sustainability of space and Space4SDGs.
RELATED